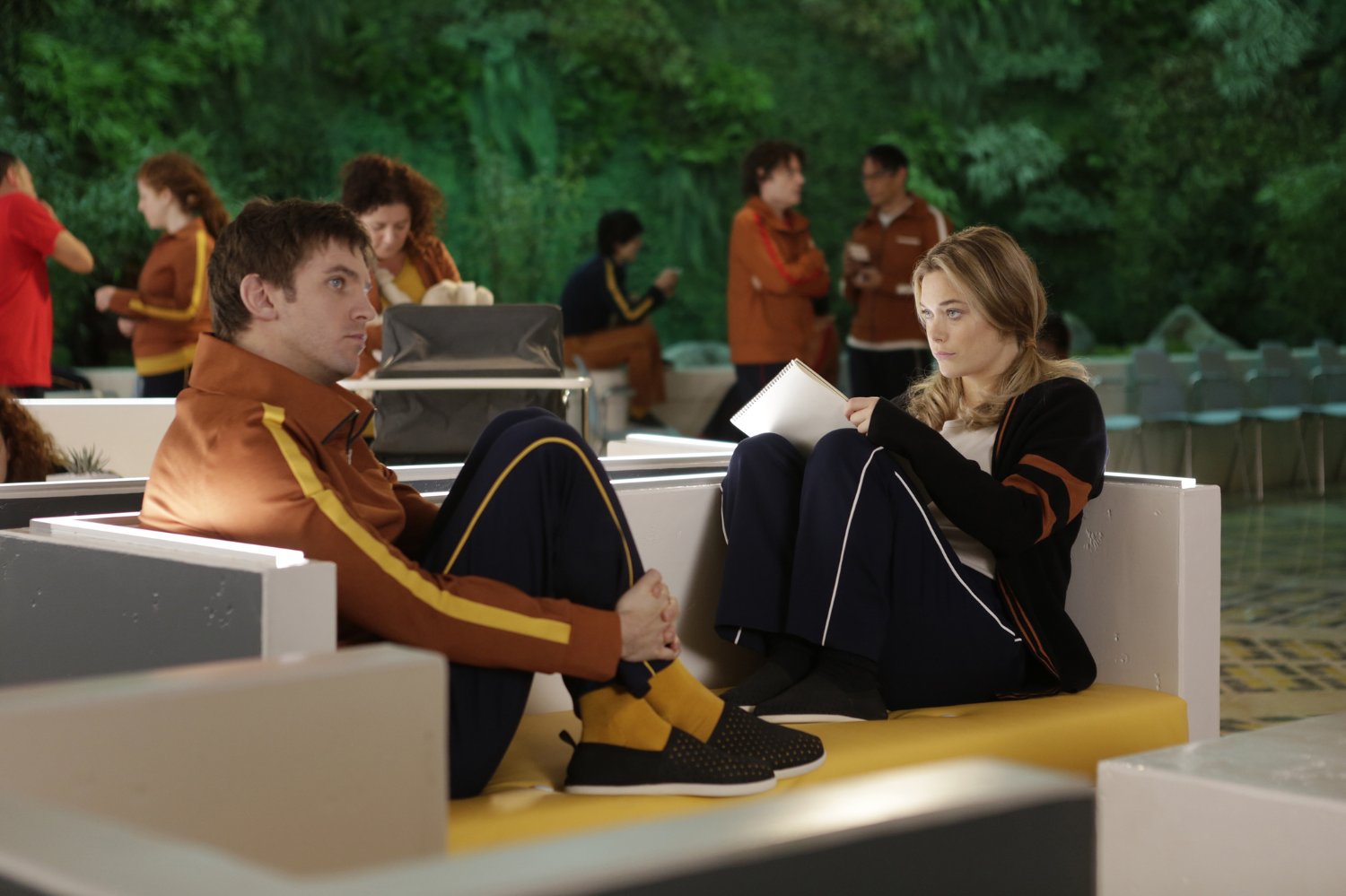 You only need to take a glance at the talent involved in Legion to get an idea of the calibre of scripted hour-long you’re about to witness. Based on the Marvel comics by Chris Claremont and Bill Sienkiewicz, produced by those involved in creating in the X-Men cinematic universe, with which this shares DNA, if not a direct link, and written and directed by the man who managed to turn the Fargo television series from a curiosity, into must watch TV, Noah Hawley.

The embryonic stages of the story focus on David Haller (Dan Stevens), now a troubled man jumping in-and-out of strait jackets and mental home uniforms, he was diagnosed schizophrenic as a child. He appears to walk a fine line of sanity, unaware of what’s real or not, with hundreds of voices telling him what to do. He spends his days in the home listening to Lenny (Aubrey Plaza) and inquisitively engaging with this therapist.

It’s the arrival of a new patient, Syd (Rachel Keller) that stirs him from his waking coma. He’s intrigued by her, but he’s not the only one, because all of this is presented in a wraparound story in which a mysterious organisation is questioning David about Syd’s eventual disappearance.

If you think that sounds convoluted, that isn’t the half of it, but don’t take that to mean Legion is in any way a mess, for it is in fact a puzzle, one which based on this first episode at least, we’re eager to learn more about.

The show asks you, much like it does of the central character, to just go with it on a ride. So it’s a good thing that our protagonist is Stevens then, because his skittish, head-scratching David is such an interesting creation. Hunched and pitiful at times, imposing at others. It’s during the smaller character moments that he’s great; the goofy look on his face as Syd walks through the ward, and the moment he asks her to be his girlfriend. Stevens has shown before, especially in The Guest, that his has flick-switch charm in abundance.

It’s also nice to see Plaza step away from the awful frat comedies she’s found herself in, here playing a sidestep from her Parks and Recreations character, but with an arc that suggests darker, more playful things to come.

Where Legion really succeeds is in the style of the show. It’s like a revolving stage of sets, periods, and genres. A favourite of which is an eccentric dance sequence during the height of the episodes twisty turns and revelations, which adds a wonderfully befitting lunacy to the feel of the entire show. There are also the impressive superpower scenes, which bring to mind the Quicksilver segments from the X-Men movies, but also feature some haunting imagery; the yellow eyed devil (you’ll see) is particularly freaky.

As for plot, there’s so much going on that we won’t really know how it pays off until the first season’s eight episodes have played out. You spend most of this hour echoing David’s “What?” “Who?” and “Is this real?” and thankfully for Legion, you can’t wait to find out.