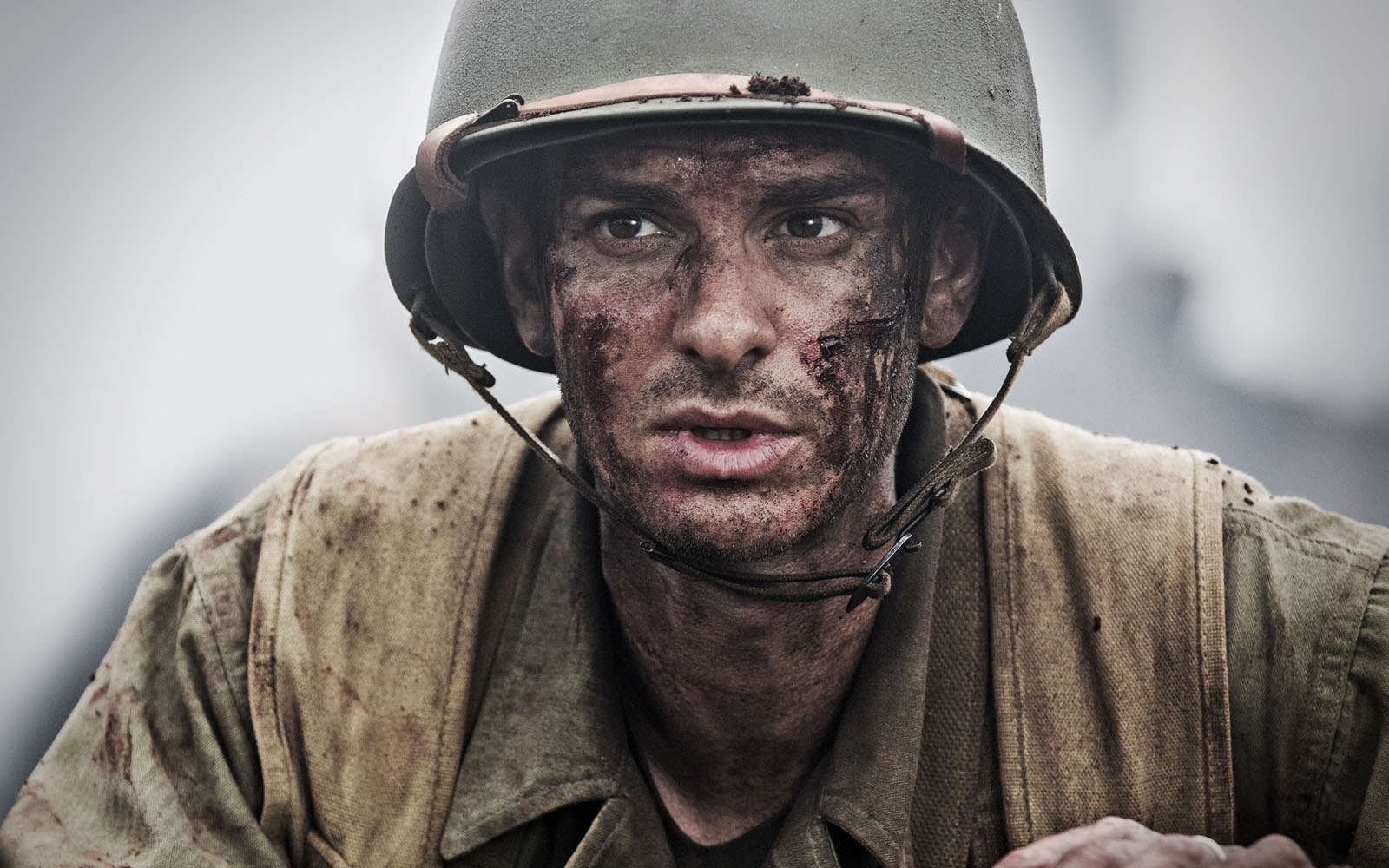 Tossing aside any preconceptions you might have about the man pointing the lens towards the battlefield, Hacksaw Ridge underlines what a fine director Mel Gibson is. This is hardly enemy territory for him, the mechanics of war make up a good deal of his back catalogue, having helmed We Were Soldiers and Apocalypto. However, this feels more informed by The Passion of the Christ and Braveheart, with faith, human struggle, and a predilection for a certain amount of body-horror, stirred into a mix of old fashioned melodrama.

There are so many incredible tales scattered across the fields of battle, Hacksaw Ridge is no different. Having committed a heinous act of violence as a small boy, Desmond Doss (Andrew Garfield) vows never to take another life, turning to the good book and the rules it lays out to followers.

The year is 1945, with those around him, including his brother, enlisting for the US Army, Desmond feels like he has to contribute to the cause, so despite being a conscientious objector, one unwilling to hold a rifle, he signs up. This goes against the wishes of his veteran father (Hugo Weaving), fiancée (Teresa Palmer), and a military battalion commandeered by Sgt Howell (Vince Vaughn). But against all odds, fate leads him to the Battle of Okinawa and what follows is a staggering act of human bravery.

A film of two very distinctive halves, both polar opposites; the first dripping with cheese, the second caked in blood. It’s the latter which is more effective in achieving what it set out to do.

The set-up is all sweeping fields, sun-kissed horizons, and over earnest courtship exchanges, in the manner of an old-school Hollywood production. Even the boot-camp, which is meant to be an arduous experience for Doss, comes across a bit like a stay at a holiday camp with a little bit of rough-and-tumble thrown in. Vince Vaughn’s unconvincing drill sergeant routine does little add weight to the counter-argument.

It’s all a bit too twee and Forest Gump, which might be intentional in order to accentuate the impact of battle, but it undermines the characters and whether you should care about them when the bullets start flying.

And fly they do, through helmets, skulls, and in possibly the most ridiculous/inspired moment, a corpse used as a shield by a charging soldier. It’s fair to say that Gibson’s depiction of war is unrelenting and brutal, and so it should be in order to make Doss’s heroic rescue that much more impressive. Nothing about it is subtle. Characters aren’t given glorious moments in which they spout a monologue and die. They’re snatched away by a bullet and then edit, we’re off to another part of the battlefield. It’s chaotic, harrowing, and admittedly hard to watch, but expertly shot.

At the heart of it all, requisitely wiry and slight of frame, Garfield is tremendous. It’s one of those performances in which most of the impressive moments are devoid of any dialogue, feelings conveyed by little more than a teary eyed look. Few actors can do it without the showy grandstanding, but the artist formerly known as Spider-Man is a talent indeed.

Nobody else comes close to him; Teresa Palmer is stock war widow material, Sam Worthington is on default setting for the duration, and most of the squadron that embark over the ridge are indistinguishable from one another, bar Luke Bracey’s Smitty, who makes a slight impression as Desmond’s nemesis.

Hacksaw Ridge is a decent war movie, elevated by some astounding truth, an anchoring turn from Garfield, and a director doing what he does best.