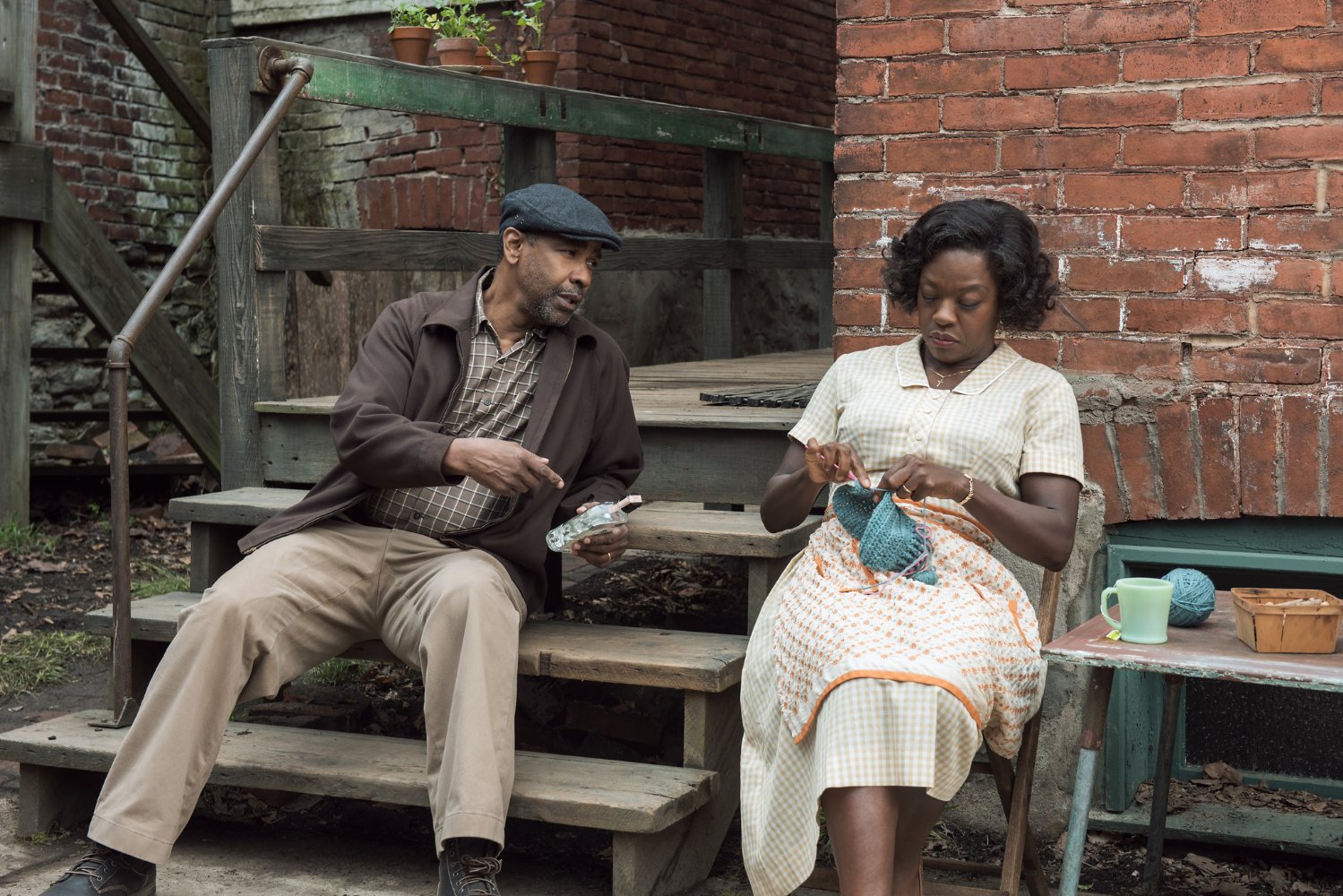 If you’ve seen the trailer for Denzel Washington’s first film as director since 2007’s The Great Debaters, you’ll get a good feel for the piece as a whole. Fences is essentially two hours of Washington dialled up to eleven, with Viola Davis punctuating his grandstanding with moments that put him in his place, both as an actor, and in terms of the plot.

Adapted from August Wilson’s Pulitzer and Tony award winning 1983 play, Fences takes an intimate look at the life of a Pittsburgh sanitation worker in the 1950s. A former ball player and now working class borderline alcoholic, Troy Maxon (Denzel Washington) is a man that believes the world owes him something. In some instances he’s right, but he takes his frustrations out on his loving wife, Rose (Viola Davis), her son Lyons (Russell Hornsby), who rears his head whenever he needs a loan, and their own boy, Cory (Jovan Adepo), who clashes heads with his father over his desire to earn a sports scholarship rather than minimum wage employment.

A drama that will appeal to those with a predisposition for theatre, Fences doesn’t make much effort to manifest as something more cinematic, because frankly, it doesn’t need to. The power is not in the presentation, but the story and performances.

Bar an opening salvo in which we see Maxon on-the-job, this is very much a domestic drama, thematically and in terms of location, taking place in the back portion of a Pittsburgh house and its garden. This small corner of suburbia is important, accentuating the shared feeling of being trapped. Something that Troy, Rose, and their son feel, all for differing economical, racial, and gender specific reasons. They are themes that resonate, for they are as applicable now as they were in all the time that has passed since the 50s.

As with most films that transition from Broadway, this is all about the names up in lights, with Washington creating a memorable patriarch, as intimidating as he is pitiful. But if he gets the extended monologues and show reel posturing, Viola Davis steps out from the repression of loyalty in the shade of a an imposing husband, with devastating impact. Even during the early sequences in which her love for Troy is clear, and there are moments of warmth between the two, she speaks volumes with moments of silence, as he castigates others for his own shortcomings. It’s a performance that builds to a crescendo of emotion, cathartic for the character and the audience.

Sometimes Fences can feel just a tad just too stagey and over theatrical, not distancing the movie from the boardwalk origins as much as you’d like. This heightened reality, with layered dialogue delivered in a manner that can feel unnatural, as though Washington and Co are projecting to a room full of people, rather than one-another, can pull you out of the film if you haven’t fully embraced its language.

This won’t be for everyone, but for those seeking grown-up drama, with performances worthy of awards recognition, without spandex or CGI in sight, Fences is a refreshing, and relevant change of pace.