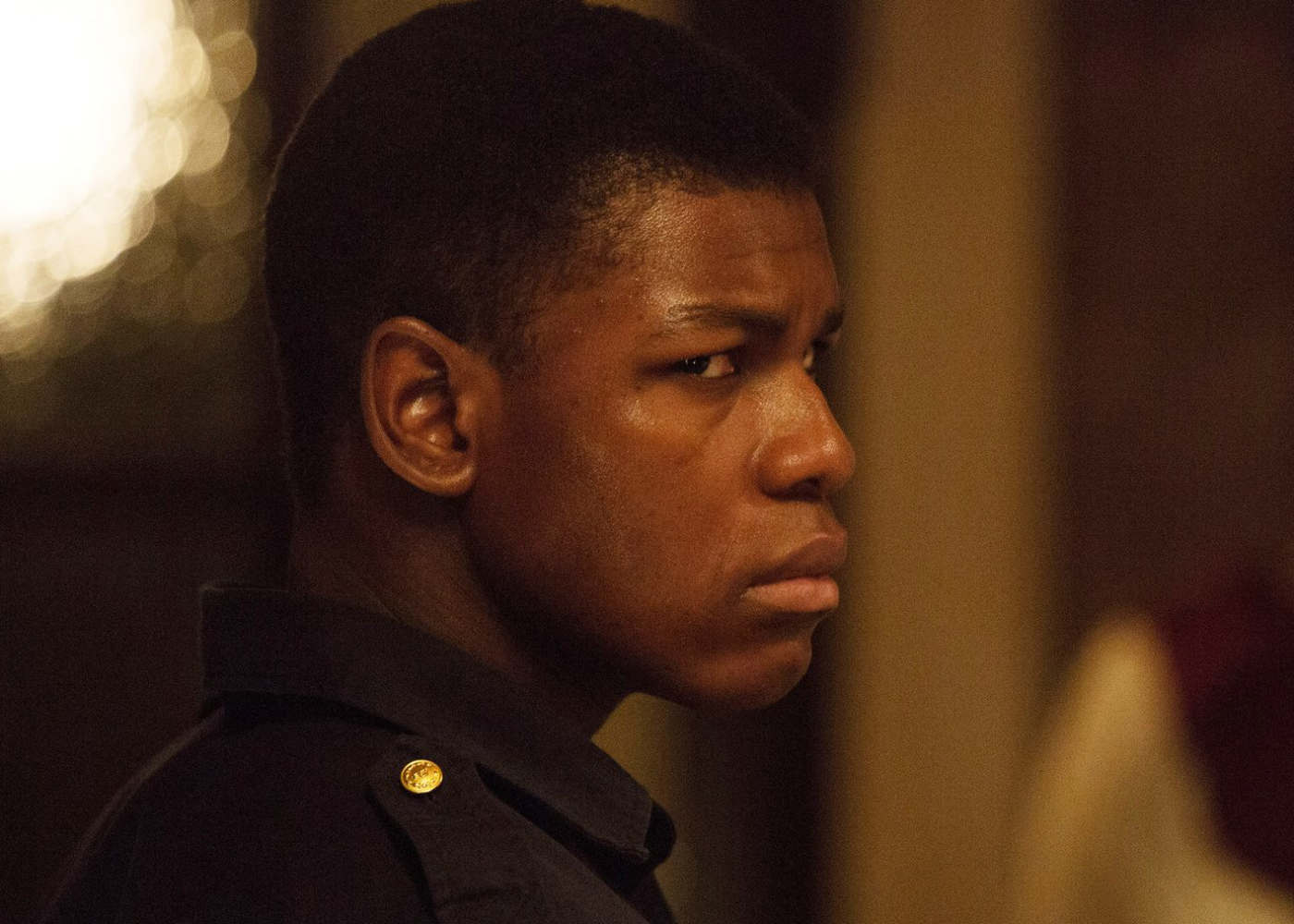 Utilising the same in-your-face, hand-held framing device that thrust us into the frontline of the Iraq War, The Hurt Locker’s Kathryn Bigelow presents a battlefield of a different kind with her latest examination of societal discourse. Detroit is more far reaching than a conflict critique though, it’s a movie with a power that can be found in shaming events of the past, holding a mirror up to the present, and acting as a warning for the future. You might not necessarily enjoy it, but you’ll learn and feel more than during most films this year.

It’s 1967 in downtown Detroit, and having just sat through a potted history of race-relations up to our jump-off point with the brilliantly rendered opening credits, a police raid on an illegal party starts a rebellion that ripples through the city in a tidal wave of flames and looting. We’ll spend the night in the company of disparate groups around town, all eventually converging on the Algiers hotel for a brutal shakedown that will change them irreparably.

There’s the beat cops, who’re young, white, and inherently racist, all played with a mix of panicked brilliance and bead sweat terror by Will Poulter, Jack Reynor, and Ben O’Toole. Their twisted fates lead them towards a confrontation with Algee Smith’s wannabe Motown group, The Dramatics, whose big-break is snatched from them by the outbreak of the riots, forcing them to hole-up in the Algiers for safety. Hearing the commotion from across town, John Boyega’s store security guard acts selflessly, heading towards the sound of gunfire coming from the room occupied by a group of kids having a good time. A gathering that includes Jason Mitchell’s politically charged Carl, a trainee hairdresser in the shape of Game of Thrones’ Hannah Murray, and her friend Karen, who unwittingly draw Anthony Mackie’s resident into the tension. It’s a melting pot, and it’s at barrel-to-the-head boiling point when the cops turn up to interrogate them.

Essentially a three act movie, the middle third of which is amongst the most stimulating periods of sustained drama of this or any other year, Detroit is unflinching filmmaking from a creative ensemble operating at their peak.

The set-up is a sprawling combination of contextual framing, archive footage, and held-held journeys with the characters as they are ushered towards the location of the second act, a sequence which unfolds as a white-knuckled, anger inducing period of sustained terror, before the film wraps up with the ramifications of events, and allows us as the audience time to exhale and digest the unfathomable situation that Bigelow has presented. Detroit pulls away the veneer of rolling news and grainy CCTV imagery, shoving our face into an unacceptable close-up exchange from which discomfort is just one of the gamut of feelings you’re put through.

It goes without saying that a cast such as this one is pretty incredible; Boyega’s turn is subtle and largely muted, allowing him to elevate his performance to a level in which expressions alone are enough, and Jason Mitchell is captivating in his small role. However, Detroit is driven by a trio of knockout turns. Algee Smith is the movie’s breakout, and its heart. Given the most transformative arc, all three of his character phases are engaging for uniquely distinct reasons, none of which can be touched upon here for fear of spoilers. Then there’s Murray, who is terrific as the confident female victim of the police brutality. Not here simply to be a one-dimensional plot device, she exudes the humanity missing from the final part of the triumvirate; Will Poulter. Who’d have thought the little scamp at the heart of Son of Rambow would grow up and encompass a role as skin-crawlingly awful as the cowardly racist who’s the catalyst for Detroit’s most heinous crimes? It’s a role that could have so easily become pantomime, but Poulter puts a human face on his monster.

In terms of direction, Bigelow keeps things relatively minimalist. There’s a claustrophobic sense to the positioning of the camera, like we’re peering around a corner, over a shoulder, or through the crack in a door, just to heighten the illicit, uncomfortable nature of what we’re enduring. There’s hardly any music too, the silence adding to the discomfort, or accentuating the impact of what sounds there are.

Creative embellishments are not necessary with a film like Detroit, simply because of the power of the story, one that needed telling, and both demands and earns empathy on an intimate scale, whilst in the grander scheme acts as unmissable social commentary and condemnation. Brilliant.