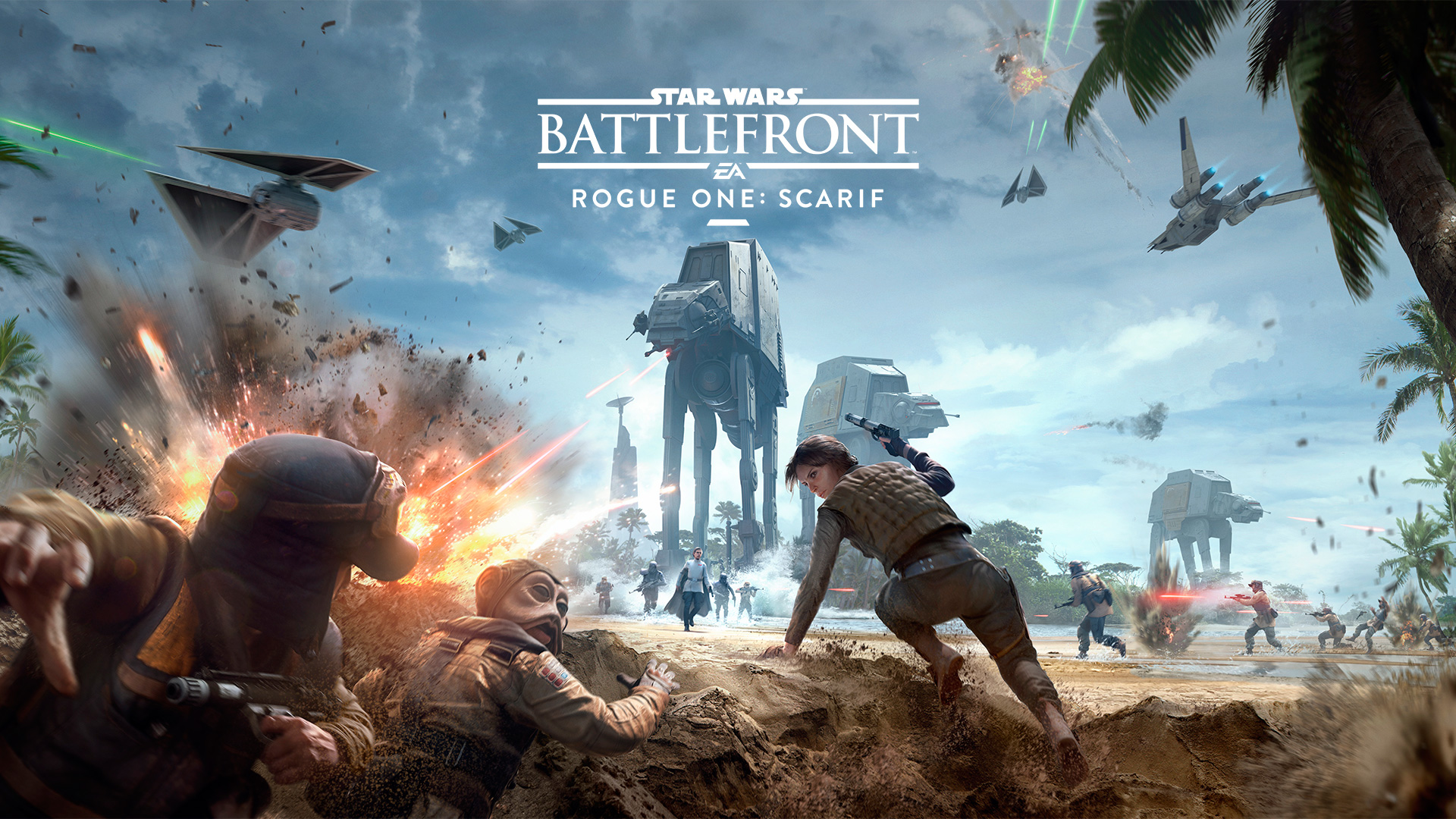 With DICE having started to talk openly about next year’s sequel, you’d be forgiven for taking it as a sign that 2015’s Star Wars Battlefront has drifted off into a forgotten galaxy of irrelevance far, far away. As it turns out, those continuing to fight their way across the deserts of Tatooine and engage in dogfights above Bespin still have one more adventure to look forward to. The impending cinema release of Rogue One will mark the fourth and final expansion for Battlefront, with a selection of new maps allowing players to storm the beaches of Scarif.

Battlefront’s third expansion was the superb Death Star, which finally introduced a game mode that saw matches take place in actual space. Rebels were tasked with destroying an Imperial Star Destroyer before heading onto the space station itself to retrieve R2-D2. If they managed both of those things, they’d have the chance to go back into space and try and replicate the iconic trench run from A New Hope. Scarif utilises this concept for its own new mode, Infiltration. X-Wings and TIE Fighters will do battle above the planet as Rebels attempt to escort a U-Wing into the atmosphere, with two further stages taking place on the picturesque surface. The Frostbite engine works its magic once again, and storming a beach in the Star Wars universe is just as cool as it sounds. Bring on the film.

Domination makes for some truly dynamic and unpredictable tussles, and much like Death Star elevates Battlefront’s conflicts to a far more epic scale than what was seen in the base game and first few expansions. Older modes like Blast and Walker Assault can also be played on Scarif, with the latter’s AT-ATs marching through the water just as we’ve seen in the film’s trailers, but Domination is certainly what impresses most. Transitions from space to land are also far easier to stomach thanks to quicker load times, although the dream of seamlessly being able to take a fighter from space to the surface remains elusive. When Battlefront looks as good as it does, though, even a year after release, it’s sure to be a feat of absolute technical wizardry if DICE ever achieve it.

New weapons and Star Cards are available to equip, with Rebels able to take to the cockpit of the aforementioned U-Wing – introduced for the first time in Rogue One – and the Empire forces able to call on the TIE Striker to make bombing runs on opposition targets. More exciting is the addition of two heroes from the film: Felicity Jones’ Jyn Erso and Ben Mendelsohn’s Orson Krennic. Unfortunately, Battlefront’s commitment to canon means you can’t use any of the original trilogy heroes on Scarif, nor can you use Erso and Krennic somewhere like Endor.

Other than that slight disappointment, the only thing that may let this latest expansion down is the price. Titanfall 2 is spearheading a new movement among online shooters that promises all new maps at no extra cost, ensuring that the player base doesn’t get split up over the course of the game’s lifespan. Battlefront’s model feels dated by comparison, and playlists for older expansions like Outer Rim being so sparsely populated is testament to that. Rogue One: Scarif may well end up suffering from the same problem in a month’s time. It’s something that publisher EA might want to think about.

Battlefront’s Season Pass has been on sale a lot this year, but right now it’s listed full price at £39.99 on PC, PlayStation 4 and Xbox One. Buying in on that is the only way to play the Rogue One content right now, unless you buy the Ultimate Edition with it everything packed in. There’s never been a better time to jump into Battlefront, but those who invested on day one may feel the £11.99 price point for the standalone expansion is a little on the high side – it’s also not out until December 20.

Star Wars Battlefront’s DLC model may feel dated from a price perspective, but based purely on content Rogue One: Scarif is another extremely well produced expansion. Can we see the film now, please?