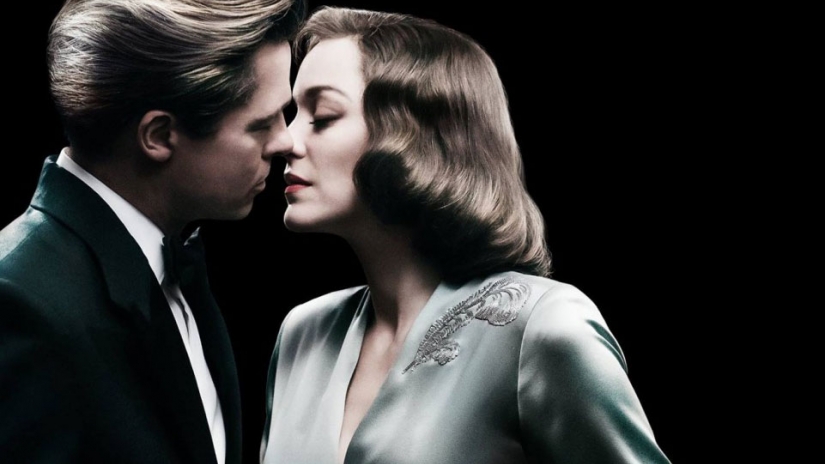 Now that he’s finished messing about with mo-cap (The Polar Express, A Christmas Carol, Beowulf), Robert Zemeckis has turned his attention towards more human dramas. Both Flight and The Walk were stylistically impressive, but neither film nailed an interest beyond the gimmick of the plane crash or vertigo inducing IMAX effects. Now he’s tackling a classic espionage drama in Allied, informed by the likes of Casablanca and the Golden Era studio system motion pictures, with A-list actors and a doozy of a hook.

Dropped into the desert of North Africa, French-Canadian spy, Max Vatan (Brad Pitt) poses as a married man, alongside French Resistance operative, Marianne Beausejour (Marion Cotillard) in order to carry out a dangerous mission. Their love affair develops from this WWII façade, with the couple marrying and starting a family in London. However, their seemingly idyllic life is disrupted when Max is told his wife might be a Nazi spy, and that he has 72 hours to prove otherwise, or he must execute her himself.

Putting aside his penchant for technical wizardry, here Zemeckis opts to create a different kind of viewing aesthetic. At times, Allied looks like a Technicolor dream, with Pitt and Cotillard framed against sands as striking as Lawrence of Arabia, or with a backdrop of the Parisian night sky that almost feels too artificial. It’s a classic, stylish lens, befitting of the sweeping romance he aims for in the films early exchanges.

So it’s a shame that the liaison upon which this is built is so lacking in chemistry. It could be to do with the frantic time condensing, which asks you to believe that these two spies would set aside what must be their default setting of suspicion, to fall in love and move to London within the space of twenty minutes.

The dialogue doesn’t help. If it has been intentionally written to mimic the stoic nature of classic Hollywood scripts, then it doesn’t sit right with our headline couple. They exchange lines lacking the required emotion that would make the duplicitous nature of the relationship tense, so it’s only when their narrative threads veer off in different directions that Cotillard and Pitt excel.

The Rust and Bone actress is imminently watchable, imbuing Marianne with an enthusiasm and wide-eyed seduction that makes her potential deceit so much more unbearable. Sadly, her presence diminishes when this becomes a Brad Pitt ticking-clock thriller, but this is also when Allied really hits its stride.

For the most part, it’s quite a slow-burn exercise, but when Zemeckis cranks up the pace, it’s thrilling stuff. The couple’s first mission unfolds brilliantly, with unexpected bursts of action, and some wonderfully inventive shots using the getaway car mirrors. You then have to wait a while until Simon McBurney (The Conjuring 2) shows up in a deliciously reptilian cameo to act as the catalyst for more; a prison break, a close escape during a London blitz, and an airfield dash to freedom.

Sadly though, for a film sold on secrets and lies, Allied is lacking in surprises, with perhaps the biggest one of all being how this much talent could make something so unremarkable.

Classically imagined, stylishly shot, but completely undermined by a lack of chemistry and surprises.