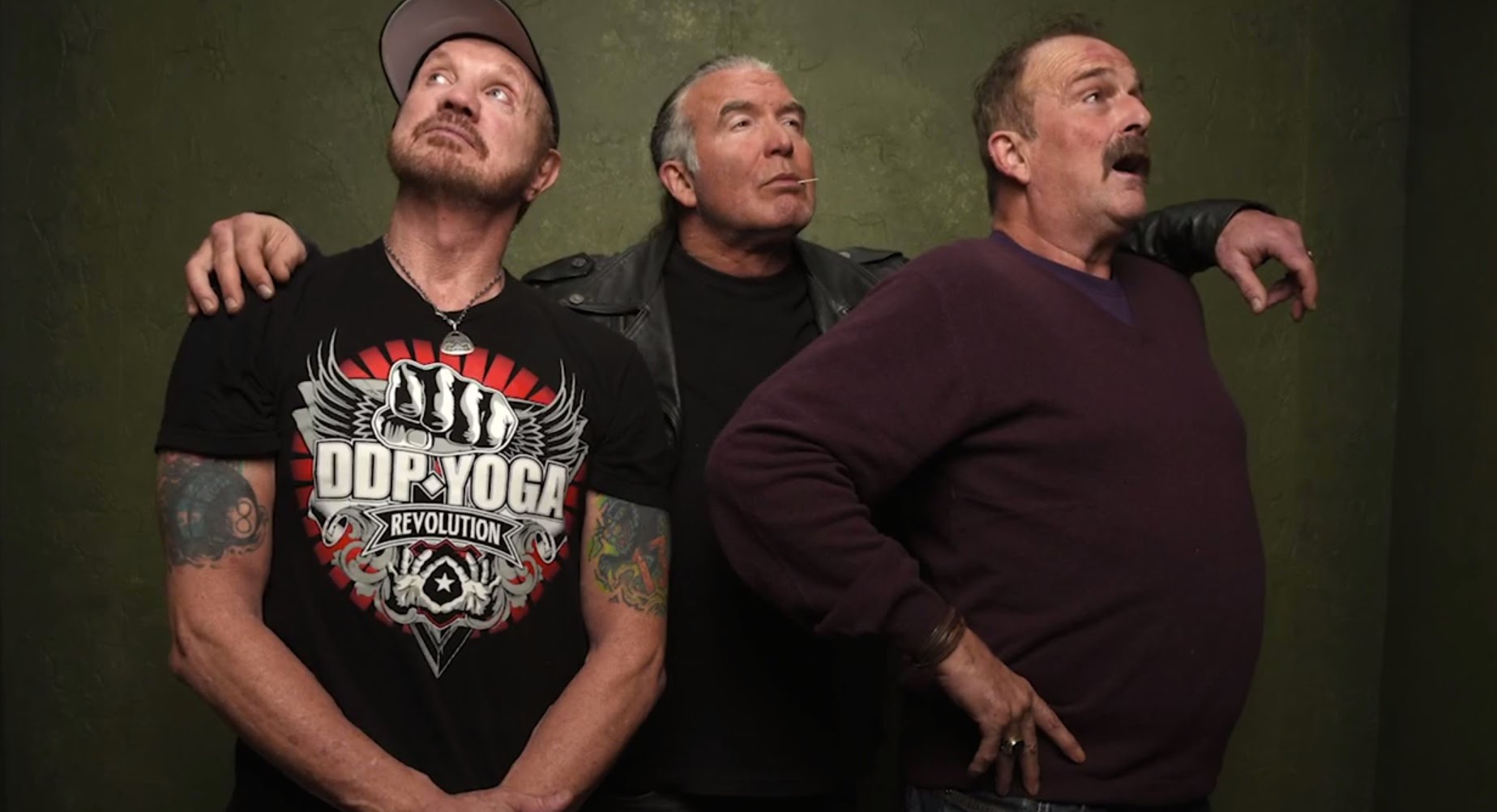 Wrestlers call it kayfabe, the art of protecting the business, usually by staying in character, no matter the situation. It’s a verbal sleight of hand, an old carny trick perfected by wrestlers long before it was adopted by Washington press secretaries and corporate PR flacks. Between tell-all “shoot” interviews and the weekly wrestling shows themselves, it’s sometimes hard to tell where kayfabe ends and real life begins.

That’s why The Resurrection of Jake The Snake is so refreshing. For a documentary about wrestlers, it gets awfully real. Sure, these guys know the camera is running, and they certainly play up to it, but that doesn’t negate the power of this real life tale of addiction, recovery, and redemption.

Old school wrestling fans will recognize the participants immediately, and have no doubt heard the story via countless interviews and podcasts, even before the film’s premiere at last winter’s Slamdance. Jake “The Snake” Roberts is a wrestling legend, inventor of the DDT finisher, a master storyteller both in the ring and out. He was adored by wrestling fans of the eighties and nineties, loved as a babyface, but even more effective as a terrifying heel. (Anyone who remembers the incident with a king cobra and “Macho Man” Randy Savage knows what I mean.)

Jake’s legacy, however, was tarnished in 1998. During one of his many long bouts with substance abuse and family troubles, he was captured during his worst moments for Barry Blaustein’s hit documentary, Beyond the Mat. Jake, high on crack and revealing all kinds of things one normally wouldn’t, would spend much of the intervening years on the indie wrestling circuit. He’d have matches, but many were sub-par. TMZ and others had a field day with some footage of a drunken Jake barely able to wrestle.

Enter Diamond Dallas Page, Jake’s old friend and future yogi. If Page’s initials sound familiar, that’s because he’s the man behind DDP Yoga, a low-impact, high-cardio exercise program that continues to grow in popularity. DDP takes Jake into his home, the “accountability crib,” and proceeds to rehabilitate him. All is not down dogs and cat lifts, however, as Jake’s addictions and depression often get the best of him. They are soon joined by Scott Hall, and Jake finds that he can not only learn how to recover, but teach as well. 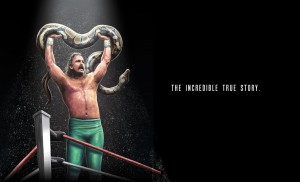 Jake’s struggles can be appreciated by anyone who deals with an addiction. The movie reminds us regularly that he doesn’t have to go it alone. Jake’s friends, family, and fellow wrestlers all do their best to keep him on the right track. Like a real life Randy the Ram, he frequently goes off the rails. If you’re an old fan of his dark, husky-voiced promos, full of deadly glares and wicked smiles, you will leave this film understanding that it wasn’t an act. Jake Roberts in his prime could be a wicked man indeed. With no sleight of hand, he transcends his villainous old persona, and gives us something that wrestling often doesn’t: hope.

The Resurrection of Jake The Snake is now streaming on Netflix.