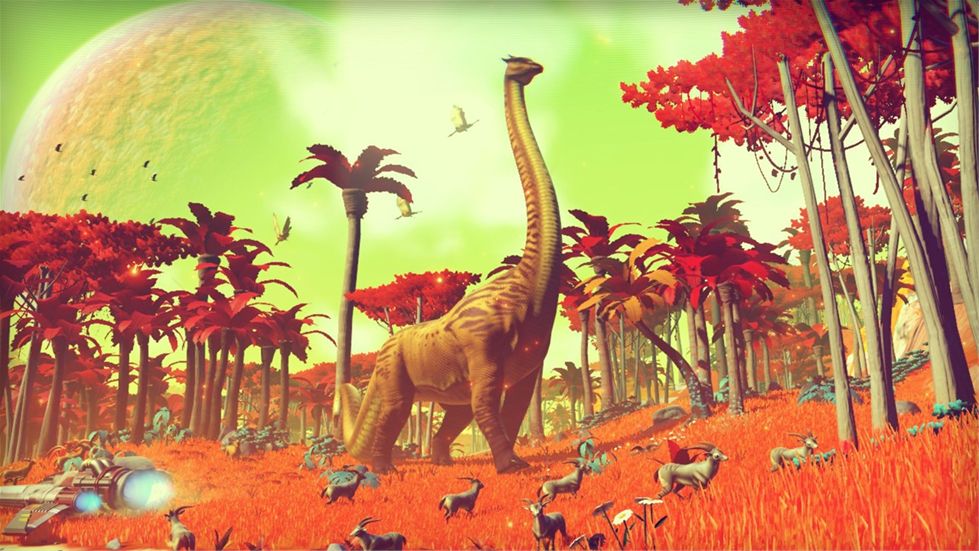 Since its late 2013 reveal, No Man’s Sky has benefited from great press and previews at nearly every major gaming show. The release date seemed as if it would never be announced, but once it was the hype train pressed forward with the speed to rival any futuristic spaceship’s hyperdrive. While the open-universe game that no one player will ever fully experience is on the radars of many, especially Stephen Colbert’s, the wait may take a bit longer than anticipated. Kotaku reports they have heard from two reliable sources alleging the game won’t meet its scheduled June 21 launch.

The site heard from a source that informed them of the delay first. Their second source came from a GameStop employee who relayed that their store received marketing materials for the title with the June 21 date still intact. However, stores have been told of the game’s delay and are instructed to place a “Coming Soon” label over the seemingly now changed release date.

There’s no indication of what the release date will be, if these sources are correct, but Kotaku says they’ve been told it’s likely the game will be bumped to July or August. It wouldn’t be that much longer of a wait, and developer Hello Games should take all the time necessary to complete the job. To say they are crafting something ambitious would be a massive understatement. A game the size and scope of No Man’s Sky has never been developed, and with a team as small as theirs, the undertaking involved must be exhausting. As always, a polished and delayed game is better than a game launched as scheduled, but broken beyond playability.

Neither Sony or Hello Games have addressed the report, but with E3 around the corner, news confirming or denouncing the claims is expected any day.