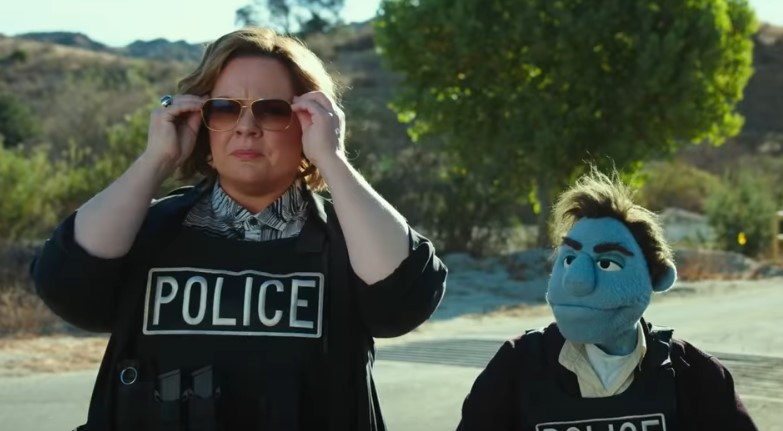 sLast week gave us our first look at an adult-oriented Muppet movie called The Happytime Murders starring Melissa McCarthy, and news has it that the movie is being sued by Sesame Street.

According to Deadline, SS is going after the film for supposedly ‘tarnishing’ their brand, particularly with their trailer tagline, “All Sesame. No Street.”

The Happytime Murders is being asked to pull out all Sesame Street references in their marketing campaign.

Here’s a short excerpt from the suit:

“Sesame has demanded that Defendants simply drop the references to Sesame Street from The Happytime Murders marketing materials – a relatively small burden compared to the devastating and irreparable injury Defendants are causing. But Defendants have refused, and the confusion and tarnishment are building, as evidenced in numerous social media postings.”

STX Productions, the studio behind the film, however, refuses to comply with the (seemingly reasonable) requests by Sesame Street.

According to its statement, STX loves the idea of working together with Jim Henson and Brina Henson’s company. STX wants to “tell the untold story of the active lives of Henson puppets when they’re not performing in front of children. Happytime Murders came out because of the studio’s collaboration with the company and STX is pretty happy with all the early reactions to the film. Though the studio feels disappointed that Sesame Street doesn’t feel the same way, they’re pretty confident in the legal position that they’re in.

“We look forward to introducing adult moviegoers to our adorably unapologetic characters this summer.”

The Muppets have become a pop-culture mainstay. However, I think a movie like The Happytime Murders isn’t going to “tarnish” Sesame Street.

If anything, SS is probably overreacting. Still, it shouldn’t be hard to remove one tagline. I wonder why STX Productions has to be such a rebel about it.