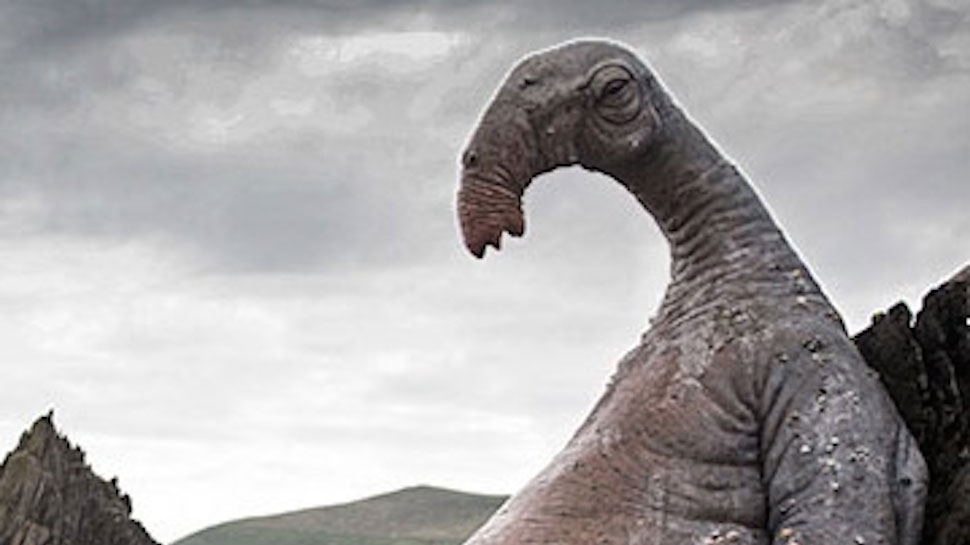 The Last Jedi may have had mixed reviews, but I think we can all agree that the movie is beautifully shot. Rian Johnson used graphics and puppets (including the original puppet Yoda) for shooting instead of just CGI. During an interview by Nerdist with Neal Scanlan of the Creature Shop, we learned that the purple creature he milked was around 18-feet tall and had to be airlifted by helicopters to get to that position on the rock where four men then controlled it. Oh, and as for the milk and the nipples, those were all real.

“At the very beginning of the film, (writer/director) Rian [Johnson] said to me that he wanted to take animatronics and practical effects and put them there on a real location, we photographed that location, and we created a digital map of it so that later back at Pinewood we could recreate the rocks. When we sculpted the Thala-Siren, she’s a full-sized animatronic puppet and she’s about 18 feet tall, she was sculpted to fit into the rocks so that she actually looked like she was sitting in that environment, one (puppeteer) would operate the shoulders and the flippers at the top, and the other person would operate the belly and the milking mechanism at the bottom.”

With the remote location of Skellig-Michael serving as the filming location for Ahch-To, the production team had to deal with conditions they’ve never dealt with before. As we noted in our Ahch-To post on Skellig-Micheal is a pretty remote Island even though it’s off the coast of Ireland travel to it can only be done at certain times of the year.

And now that is done that scene will probably go down as TLJ’s Jar Jar moment. Even though we love the work, the puppeteers did it was perhaps a moment that could have been left out of the movie. To find out more about the puppets of The Last Jedi you can readScanlan’ss interview on The Nerdist.