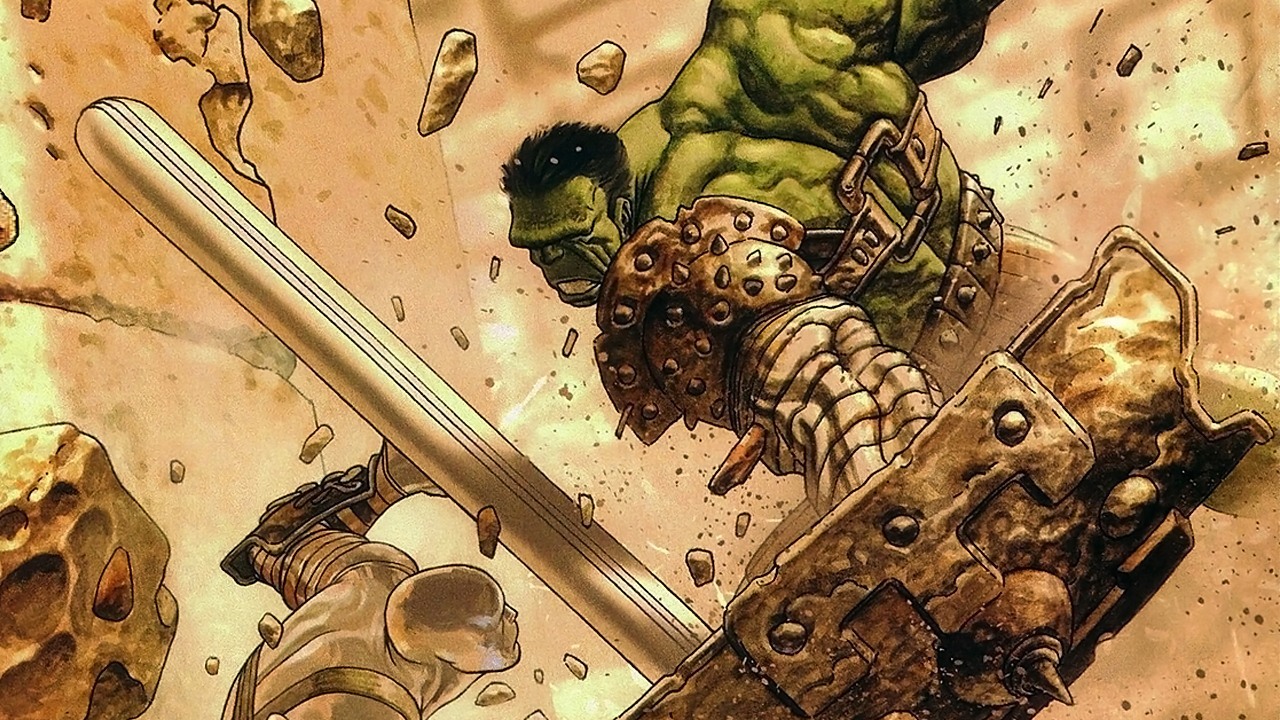 Props on show from Thor Ragnarok at San-Diego Comic-Con have seemingly confirmed a connection to Planet Hulk. Ryan Penagros of Marvel’s Digital Media Group posted on Twitter and Instagram images of “Gladiator Hulk Armour” from Thor Ragnarok (via CBR).

Check out the images below:

There have been rumblings for quite some time that Thor Ragnarok would somehow tie into Greg Pak, Carlo Pagulayan and Aaron Lopresti’s Planet Hulk, which began when The Hulk was confirmed to be apart of the movie. The galactic buddy ‘road trip’ movie will likely see Thor pursue his vision from Age of Ultron which opened his eyes to the Infinity Gems and a larger threat. Chris Hemsworth’s God of Thunder will likely need the help of Mark Ruffalo’s Hulk to destroy or obtain these powerful items, but not before he finds him after Hulk went AWOL in space at the end of Ultron.

Will Thor find Hulk on Planet Hulk (Sakaar) and have to convince him to come back and help him tackle this impending danger on the horizon? The storyline of the original Planet Hulk had the angry green guy banished into space by The Illuminati which led to Hulk crash land on the planet Sakaar. Marooned on a planet in which gladiators are forced to battle in front of a totalitarian emperor, Hulk becomes involved in a fight to topple the emperor and establish a new way of living.

Mark Ruffalo recently posted on Twitter a hilarious video of him ‘gearing up’ to film Thor Ragnarok, which began on July 4 in Australia. During the whirlwind of announcements that has been San Diego Comic-Con 2016, a new poster was released for the third Thor movie. With Marvel’s famous panel in Hall H still to come at the convention, we may here more about Thor Ragnarok and get official conformation of the Planet Hulk connection.

Thor and Hulk Hit The Road will release on November 9, 2017.