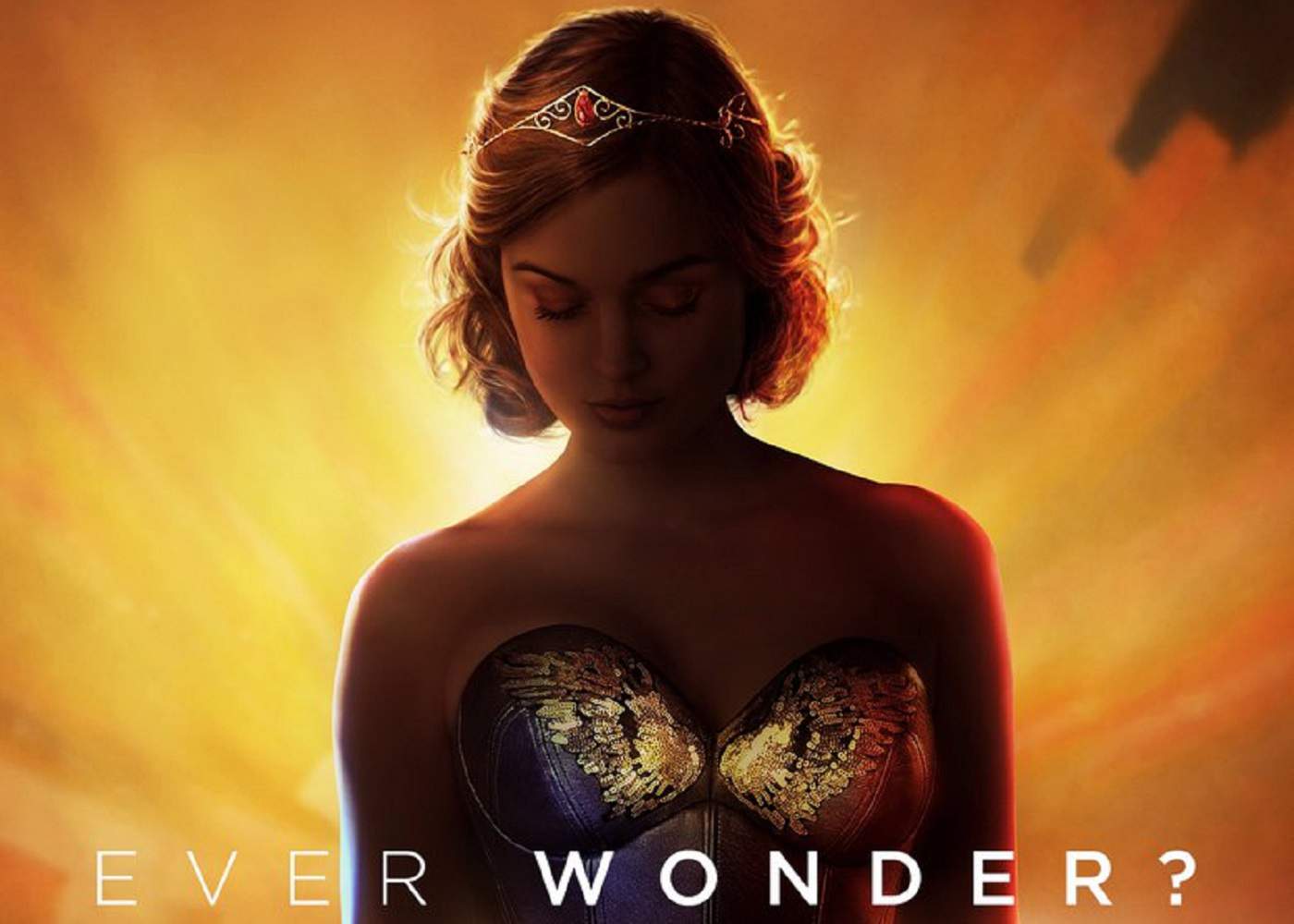 Professor Marston and the Wonder Women, the biopic based on the unconventional life of Wonder Woman’s creator, has released a trio of new posters, and announced its US release date. The film hits theaters on October 13th, 2017.

The film, written and directed by Angela Robinson, examines the complex relationship between psychologist William Moulton Marston, his wife Elizabeth, and their mutual lover Olive Byrne, and how the influence of these women shaped William’s most famous creation, Wonder Woman.

Three new posters have hit the internet, showing off the three central characters. First up is Luke Evans as the titular Professor Marston. 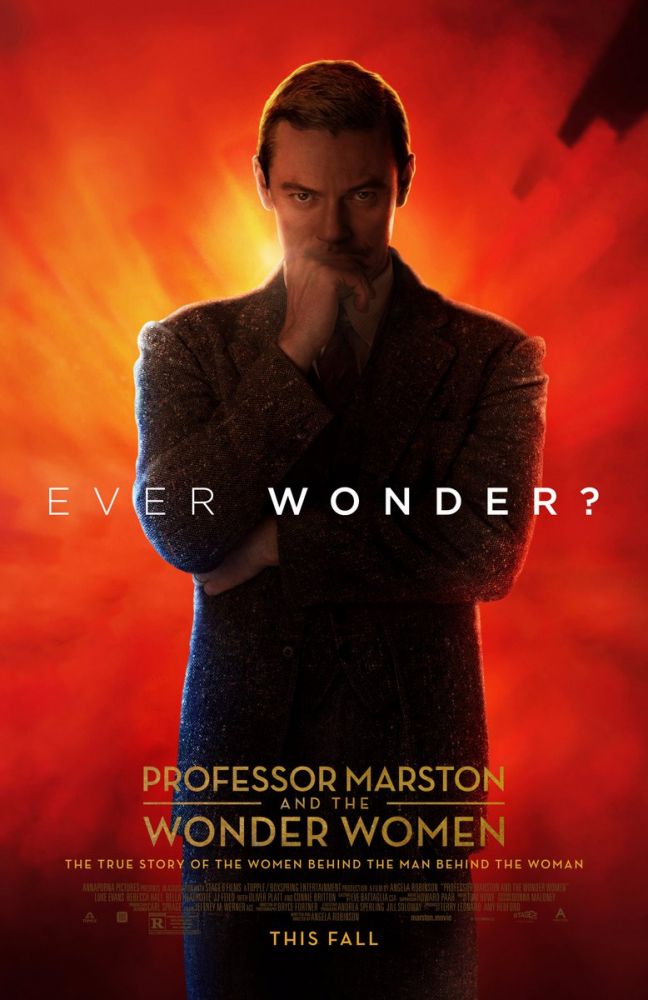 Marston wrote the comics under the pen name Charles Moulton, as despite his belief in potential of the comic medium, he clashed with literary censors of the time (represented in this film by Connie Britton). Marston also created the lie detector, which no doubt helped shape Diana’s truth-compelling main weapon.

Second is Rebecca Hall as Elizabeth. 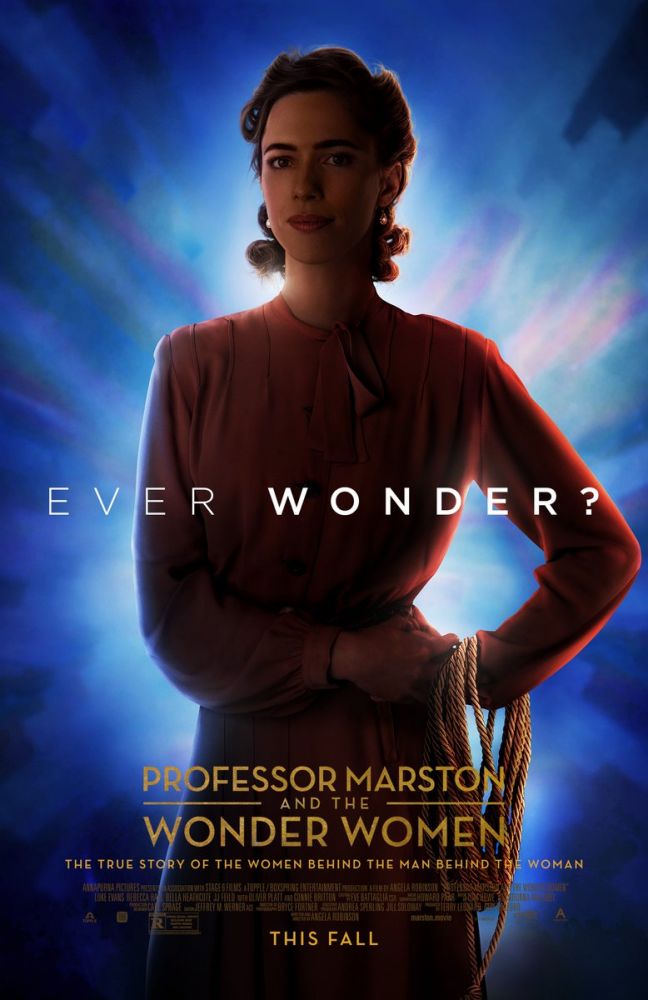 Elizabeth carries a rope, placed right where Wonder Woman carries her signature weapon, the lasso of truth. The Marstons’ enthusiasm for bondage, hinted at in the trailer  released in July, had a distinct influence on Wonder Woman’s early adventures, even beyond her wielding a lasso.

Third is Bella Heathcote as Olive, who enters into a polyamorous relationship with both William and Elizabeth. 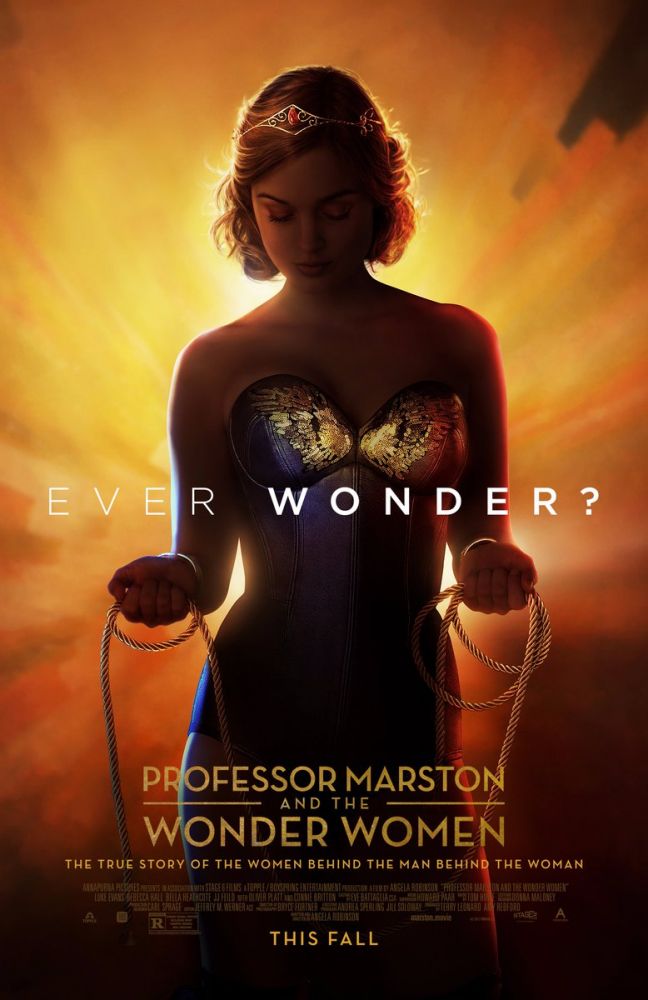 Olive not only wields a rope, she’s dressed in a prototype of Wonder Woman’s costume. The prominence of this outfit, featured in one scene in the trailer, helps show that this film hopes to ride the coat tails of Wonder Woman’s big screen success.

As comic creators go, Marston and his muses make for one of the most interesting stories outside of Jack Kirby. The conflict in the film seems to come not from drama within William, Elizabeth, and Olive’s relationship, but from judgements they might face from peers, neighbors, and the literary censors trying to crack down on William’s comic writing. This makes sense, as William, Elizabeth, and Olive were reportedly quite happy together. Following William’s death, Elizabeth and Olive stayed together, raising William and Elizabeth’s children.