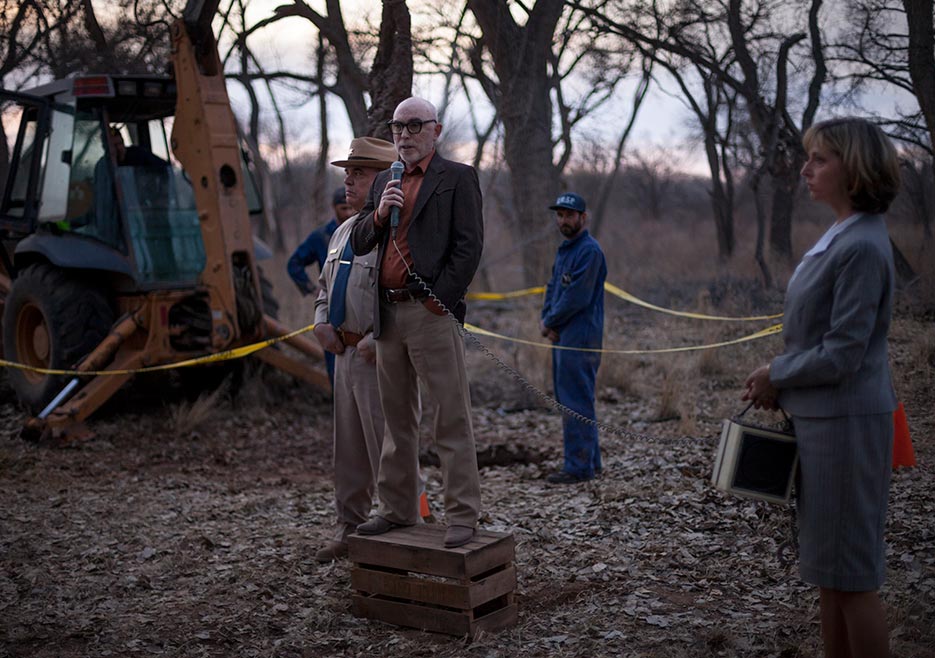 We all want to be the hero. In the handful of scenes we get to act out on this planet, we each think we’re the good guy, especially when at odds. The difference is rarely made by the most righteous, but by the most powerful.

Jesse Custer knows power. He’s becoming more confident – reckless, if you prefer – with his use of the voice. Like the Ludovico technique in A Clockwork Orange, the voice renders even its most stubborn victims helpless. Jesse’s made a man cut out his own heart out. He’s made a brain-dead girl open her eyes. Can the good reverend use his power to bring Annville’s worst sinner to the Lord? More importantly, should he?

In Monster Swamp, this week’s episode of AMC‘s Preacher, Dominic Cooper begins to show different sides of Jesse. Around church organist Emily (Lucy Griffiths), he’s a smooth talker, devilish in his demeanor. He’s officious and rude with Cassidy (Joseph Gilgun), the vampire trying to save his life. Alone, though, Jesse broods and reflects. For everyone else, he’ll put on the show. 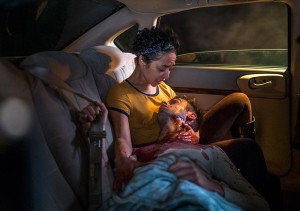 Monster Swamp features a few revelations about Jesse’s past, deviations from the original comic that may leave some old-school fans cold. We won’t give anything away, but the show maintains its tradition of reshuffling the deck, putting familiar characters in new situations while staying true to the spirit of the comic.

Gilgun and Cooper have a great chemistry together, polar opposites in nearly every way, a Vertigo Comics Odd Couple. Ruth Negga’s Tulip is barely in this episode, but her actions will have a crucial impact on the story going forward. Tom Brooke and Anatol Yusef continue to amuse as the Adelphi, a pair of angels out to take Jesse’s power.

If you could go to jail for stealing a show, Jackie Earl Haley would be locked up immediately. His Odin Quincannon embodies the banality of evil. The cops found a dead body on his property, but he can go back to his Q-Bert game with little regard for the law. While the comic’s Quincannon comes off as more of a Ross Perot-type, Haley is like a Coen Brothers villain in a Tobe Hooper town. Every bit of the promise Haley has shown in previous episodes begins to pay off here.

There are the usual nods to old films, which the comic did, as well. The show’s night scenes and New Mexico landscapes practically scream Near Dark, while there’s enough blue-lit woods for a Friday the 13th sequel. Dialogue-wise, there are references to Chinatown and, of all things, Peter Hyams’s 2010.

Monster Swamp drives the overall narrative forward in ways that previous episodes haven’t. Things will not be the same from here on out. All three of our heroes have convinced themselves that they’re doing the right thing. Time will tell how wrong they are.