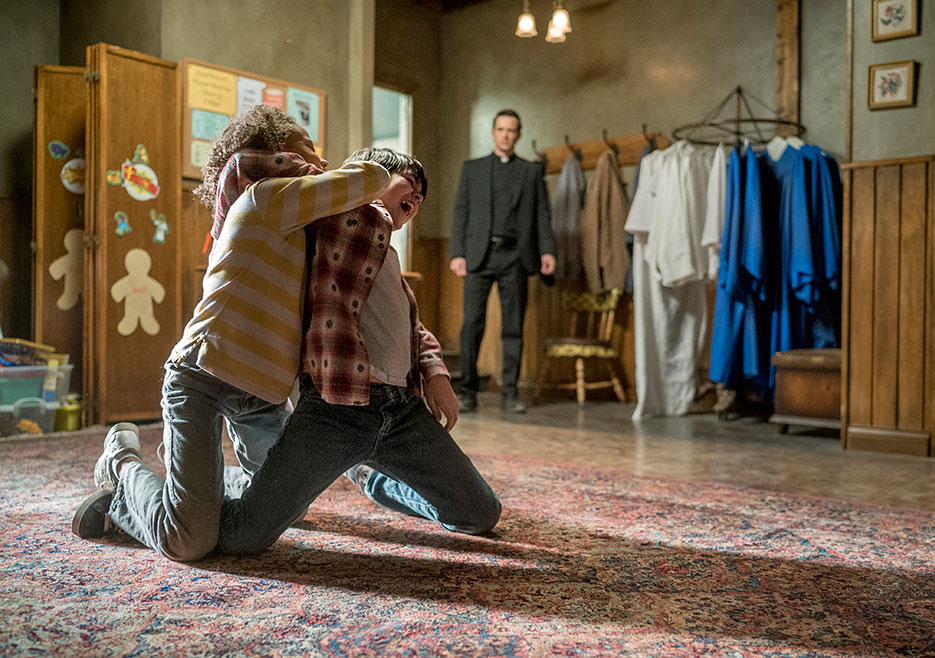 There’s an episode of The Brady Bunch where Greg wants to live by “exact words.” By the end of the show, he learns that words, exact or otherwise, have consequences. If Jesse Custer had watched The Brady Bunch, there’s a good chance he may have avoided all this trouble.

Good news first, though: Preacher has been renewed for a second season. O, ye of little faith. You’re forgiven this time.

The bad news is the only thing Reverend Custer’s better at than preaching is alienating his friends. A John Wayne guy to the bitter end, Jesse (Dominic Cooper) can order masses of followers to do his bidding. On a one-to-one level, though, he’s the pits. When he’s not brushing people off, he outright insults them. If the good reverend runs for office, he’s screwed.

The comic book version of Jesse was a more traditional hero, flawed, but mostly trustworthy. He was likable in the Duke’s fashion, always ready to do the right thing, even if it cost him. You got the feeling that this preacher wore his collar for superficial benefits, all that, “Oh, you’re a preacher?” stuff. This was a preacher you could have a beer with. Perhaps that Jesse could have run for office.

The Jesse of the television series is a different kind of hero. It’s safe to say he’s no hero at all. This Jesse is more like Walter White. Despite the simple intent of using his power only for good, the complicated reality of small town life and supernatural superweapons leaves him corrupted. 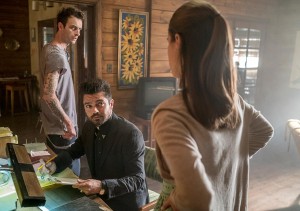 If anyone benefited from Jesse’s power, it was Eugene (Ian Colletti), the arsey-faced kid everyone hated, then suddenly loved. Last episode, Jesse sent Eugene away, corn field style. Sheriff Root (W. Earl Brown) is out to find his son. The Sheriff’s about to become Mr. McGee to Jesse’s Banner, a constant presence with growing suspicions.

We learn via flashback that Jesse and Tulip (Ruth Negga) were friends as children, getting in plenty of trouble together until she was taken by a foster family. This adds a new dimension to their relationship, as you can bet that Jesse was the only person who treated Tulip right. No wonder she’s still in love with him, even though he’s spent the season spurning her affections. In this episode, he’s particularly vicious. With Eugene gone, Tulip becomes a voice of reason. Too bad some folks, especially ex-lovers, are unreasonable.

Cassidy (Joseph Gilgun), another cautionary spirit, Jesse’s best mate, winds up on the reverend’s bad side when he reveals his true self. The show hasn’t really broached the topic until this episode, but Cassidy never admitted to Jesse he was a vampire. His revelation leads to a cliffhanger we won’t spoil here.

Worst of all is the meat man. A few shows back, Jesse bet the evil Odin Quincannon (Jackie Earl Haley) that if he couldn’t turn the little bald man into a Christian, the church would be his. Jesse cheated, using his power to make Quincannon “serve God.” Quincannon has since used it as an excuse to gun down his business associates and organize a militia. In Jesse’s deal with a man, he created a devil. 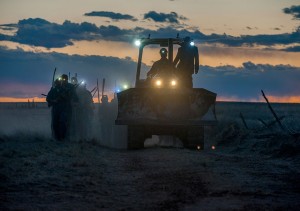 Corruption by power is one of our oldest parables, but the big question in Preacher thus far has been why. Why would Jesse Custer, the man who wants only to be a good preacher, become such a bastard? In the comic, the Genesis spirit seeks out souls with dark pasts. This Jesse’s soul is ridden with guilt. Long before he could command people at will, he prayed for a special favor, one that has since left him broken. If you were wondering why Dominic Cooper was so sullen and quiet the first few episodes, “He Gone” has your answer.

So who gone? On the surface, it’s Eugene, but look closer and you’ll see that Jesse is truly gone. We worry about this Jesse. We’d say God help him, but we wouldn’t want to complicate matters.