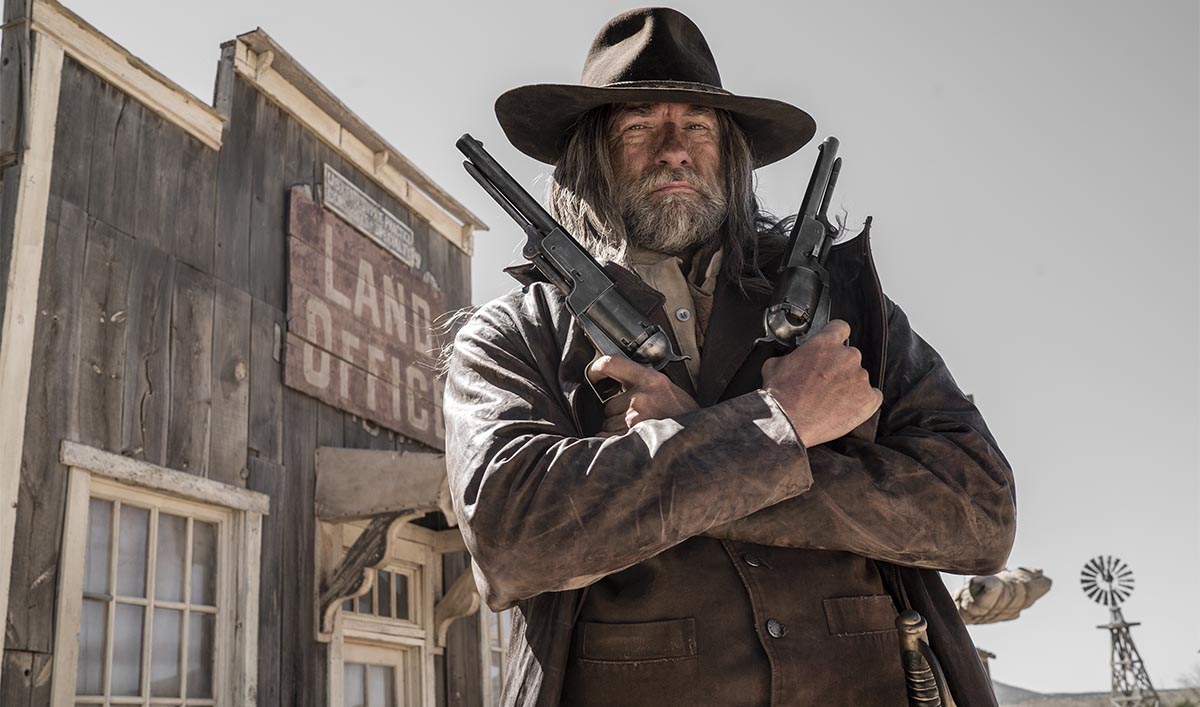 The televised version of Preacher is a fragmented narrative, more Grant Morrison than Garth Ennis. Frequent flashbacks, mysterious character disappearances, and other head-scratchers have turned a comic book epic into a full-blown mystery. Forget all the changes from the sacred urtext; the show’s willful weirdness can frustrate even die-hard fans.

That’s why “Finish the Song” is so damned satisfying. Sure, it delivers the usual action, character development, and humor. Like the rest of the series, it leaves you wanting more. What’s unique about this week’s episode is that it makes last week’s show better in retrospect. The pieces of this vast puzzle are in place. The storytellers need only press on the gaps.

“Finish the Song” is a satisfying conclusion to the origin story of the mysterious Cowboy, aka Saint of Killers (Graham McTavish). All season long, we thought we were watching the usual stylish flashbacks, with enough whip-pans and whooshes to make a Dimension Films box set. What we’re really witnessing is the Saint’s personal hell, a la Bill and Ted’s Bogus Journey. One of the biggest rules in cinema, and even television, is to avoid repeating things too much. In any other show, one flashback would be enough. “Finish the Song” plays with this rule in an unexpected way, and in true Preacher fashion, it may frustrate at first. If this show has taught us anything, it’s to give it time.

Watchful viewers will note that vengeance is this season’s most prominent theme. The Saint’s origin in the comics was heavily inspired by Clint Eastwood’s Unforgiven, which questioned the validity of revenge over twenty years ago. Once we realize that the Saint is reliving a nightmare, we start to wonder about Tulip (Ruth Negga). She’s been after old Carlos for a long time, and this week, she’s off to get her man. She’s done her best to enlist the help of her old flame Jesse (Dominic Cooper), but he hasn’t bitten. If a personal hell awaits the wrathful, what’s coming for Tulip in the long run? 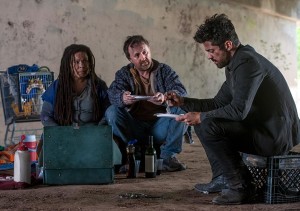 Jesse has his own problems for now, starting with a quest for redemption. He’s embraced his dark side, but unlike others, he has yet to truly suffer for his sins. He quickly escapes his capture by Sheriff Root (W. Earl Brown). In a nod to another “JC,” a pair of homeless people help him out. He even gains the forgiveness of Cassidy (Joseph Gilgun), whom Jesse spurned in his darkest moment. It’s as if Jesse is untouchable, as if someone up there likes him… or is setting him up for a fall.

The show’s leads are excellent as usual, but the supporting players shine more than ever this week. Like Jesse, Lucy Griffiths’s character of Emily has been a slow burn. Her unspoken love for Jesse – and a beautiful callback to Psycho and The Shining – forces her to commit a heinous, hilarious atrocity. Brown’s performance as the sheriff has been low-key as well, but we finally get to see him crack here in glorious fashion.

As Anthony Perkins reminds us on Emily’s little TV, we’re all caught in our private traps. Revenge, hate, and bitterness are among the worst of these traps. Wrath’s mirror image may well be redemption, but we wonder if redemption is possible in the world of Preacher. The season finale is this Sunday.