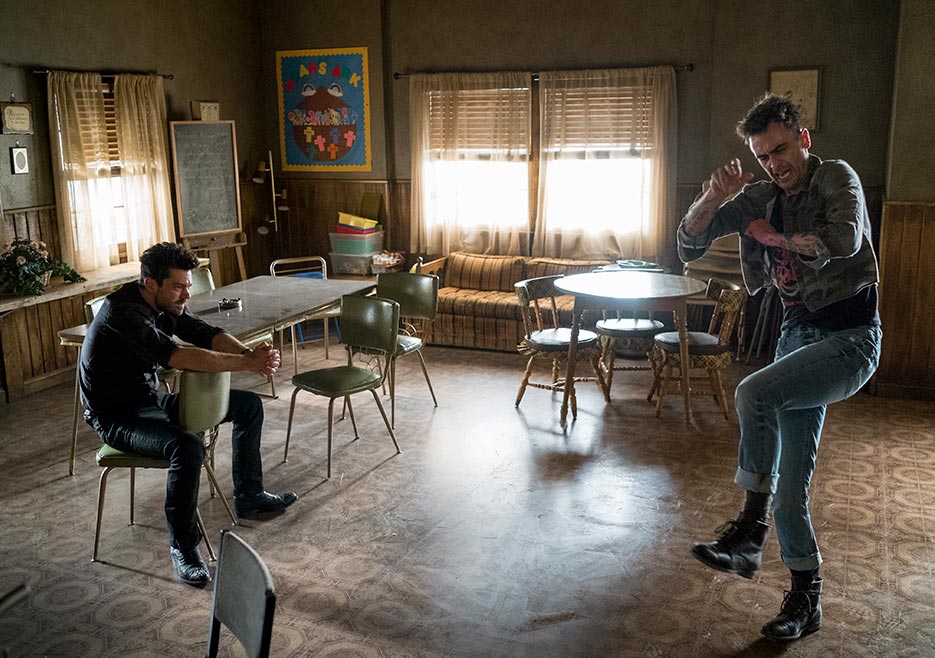 In the mid-nineties, when the original Preacher comic was released, it was often presented as a tale of duality. Jesse Custer – a human torn between his troubled past and an uncertain future, cursed yet blessed with the spawn of an angel and demon – was the focal point for a series that highlighted the classic choices of right and wrong. It’s a lesson comics have been teaching us since Stan Lee wrote about power and responsibility. Or, as Jesse’s father once put it, “You’ve gotta be one of the good guys, because there’s way too many of the bad.”

AMC‘s Preacher finds our heroes in a very different world: post-dot com boom, post-9/11, post-civility if you stay online enough. More than ever, we’re a people at war with ourselves, and neither side will give an inch. We complain endlessly, but offer few solutions. We stand our ground and congratulate ourselves for stubbornness masquerading as courage. We want it our way, even as the highway beckons. 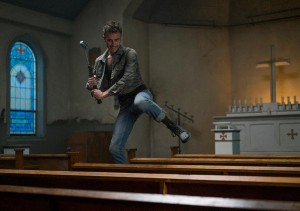 This is the world that Jesse, Tulip, and Cassidy occupy now, and it’s far better-suited to Garth Ennis and Steve Dillon’s apocalyptic fever dream than the nineties ever was. End-of-the-world scenarios only hinted at in the comic have become terrifyingly real, even as we dig our heads further into high-definition sand. The heroes of Preacher don’t dig, unless you count graves.

In “Possibilities,” several of Jesse’s reached the classic hero stage of discovering his powers, trying to see whether or not he can work actual miracles. In one scene, he tries “the voice” out on Cassidy, and learns that his power has limits. For instance, he can make Cassidy hop on one leg, but he can’t make him fly. The implication is clear: Jesse can only help those who help themselves. He can also hurt them, but that’s a two-way street as well.

Meanwhile, fuses lit in previous episodes have begun to ignite. The perverted school bus driver has forgotten all about one of his would-be victims, but the community of Annville certainly hasn’t. The abusive father Jesse beat up in the first episode has become the town laughing stock. The brain-dead girl, commanded by Jesse to open her eyes, has done so. The preacher’s strange doings have become fodder for the gossip mill, hinting at a future reckoning with his congregation. If you know the comic, you have an idea of what’s coming. Unlike the comic, we get the feeling we’ll be staying in Annville for a while, at least until Jesse’s reverse-Touched By An Angel act is finished.

“Possibilities” continues the show’s theme of future conflicts. In the last episode, we got our first glimpse of the Saint of Killers. This time, we get an all-too-brief look at a certain bald-headed creep in a white suit and hat. We also get a little more of the terrifying Odin Quincannon, played by Jackie Earl Haley in an uncharacteristically subdued performance. The show stays true to the comic, even at the expense of casual viewers. Call it fan service, but it’s a welcome change from adaptations that barely acknowledge their source material.

The show’s performances are top-notch as usual. Dominic Cooper has become comfortable as its moral center, a man torn from the inside about how to use his power. Ruth Negga steals the show once again, opting to charm rather than shoot her way out of a traffic ticket. Joseph Gilgun’s Cassidy will probably remain the audience favorite, even as he strikes up a deal with a pair of otherworldly special agents out to take Jesse’s power. 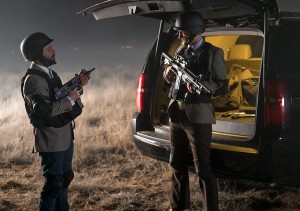 Preacher is not a Watchmen-style, panel-to-frame adaptation, but it remains good enough to stand on its own. This week’s installment brings up questions of crime and punishment, of whether we continue to punish people for their sins or let them redeem themselves. It’s a tale of people searching for something beyond left or right, in or out, dead or alive. It’s a tale of who we are right now, and if we ever needed a Jesse Custer, it’s now.