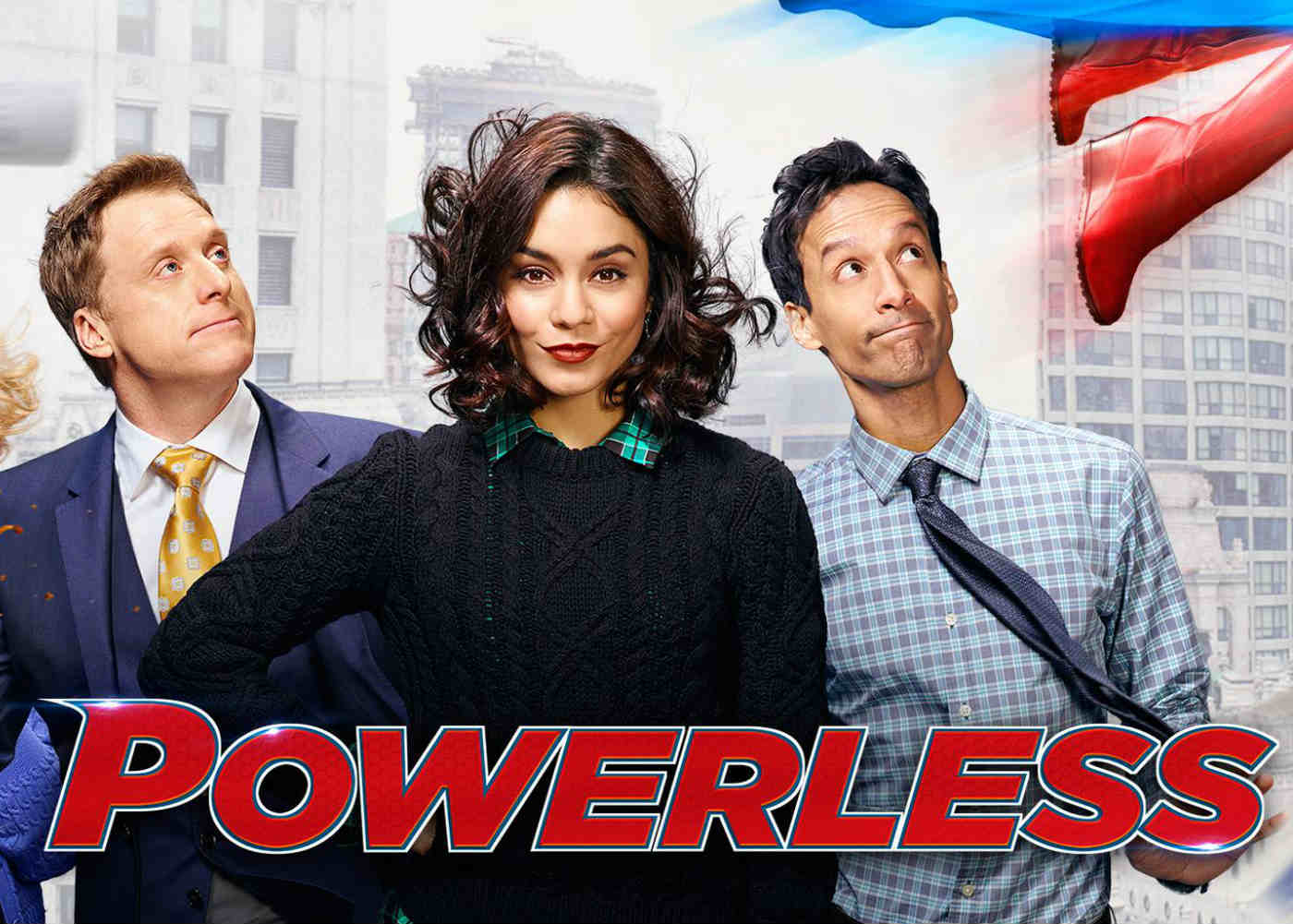 This sparked much speculation as to whether or not NBC had canceled the precocious show. Powerless tells the story of the hapless workers of Wayne Security, based in Charm City. It especially focused on Emily Locke (Vanessa Hudgens) as the new Director of Research & Development. But it has experienced a bit of a rough go right from the start. Series creator, Ben Queen left the show before its launch, and Patrick Schumacker and Justin Halpern took over.

In the turnover process, the entire premise of the show changed. It went from being a show about superhero insurance to being about products to protect citizens from the attacks of villains. Shumacker noted in an interview with The Hollywood Reporter, “We were really hitting a wall, and eventually when the turnover happened, we were asked to take over the show and we decided we wanted to do something that would more organically bring in the genre elements of it.”

When it finally launched this February, the show received tepid reviews and dismal ratings. Powerless most recently collected 2.1 million total viewers and a 0.6 among adults 18-49 — off 30 percent from its Superstore lead-in. There’s still two episodes left in the season, including one that guest-stars Adam West, the original Batman. However, there’s no indication of when those episodes will air, if at all.

Powerless wasn’t the only victim this TV season. Of NBC’s freshman class, only This Is Us and The Good Place got a renewal nod.

Justin Halpern, Patrick Schumacker, Len Goldstein, Marc Buckland and Dean Lorey are executive producers of Powerless. Buckland served as the director of the pilot. The series is produced by Warner Bros. Television and is based on the characters from DC.