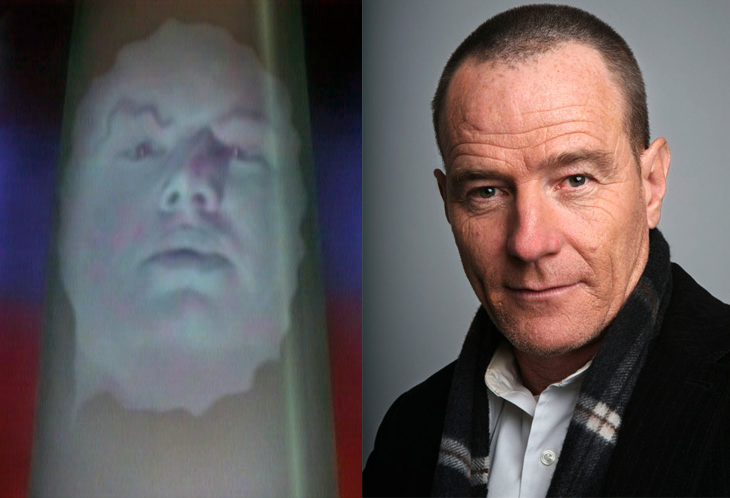 A few years ago, Bryan Cranston was mainly known as “That guy who was the dad in Malcolm in the Middle.” Now, he’s a household name thanks to the incredible success of Breaking Bad where Cranston netted himself multiple award nominations over five years, whilst also recently earning an Academy Award nomination for portraying the Hollywood screenwriter Dalton Trumbo in last year’s Trumbo.

Despite appearing in 2014’s Godzilla, Cranston has not appeared much on the blockbuster scene, often preferring prestige material like Argo and the upcoming The Infiltrator. But that’s going to change as Bryan Cranston himself dropped the news on his Twitter page that he will be playing Zordon in the upcoming Saban’s Power Rangers.

Excited to play #Zordon in the #PowerRangersMovie! T or F: #BlueRanger Billy Cranston was named after what actor? https://t.co/d3ltjpcDKb

This casting was shortly confirmed by the official Power Rangers Twitter account, whilst also confirming that the original Blue Ranger in the early-90s, Billy Cranston, was named after Bryan who had also voiced a couple of monsters in Mighty Morphin Power Rangers;

Welcome @BryanCranston as #Zordon! Fun fact: Billy Cranston aka #BlueRanger was named after him! #PowerRangersMoviepic.twitter.com/Su3A4rppMM

For those of you who don’t know, Zordon in the original series was a floating, disembodied head who served as the Rangers’ mentor back at their Command Centre. It seems that despite casting relative unknowns as the five Power Rangers, Lionsgate is looking to bolster the supporting cast with big-name talent like Cranston and Elizabeth Banks who will be playing the film’s antagonist, Rita Repulsa.

Saban’s Power Rangers is currently filming and will be released in March 2017.