While it was a sure thing that Disney’s Beauty and the Beast remake would top the box office in its second weekend, all eyes were on Saban’s Power Rangers to see how it’d fare against the competition. The result? Well, it actually didn’t do too shabbily.

But first things first, taking in an estimated $88.3M (actual weekend figures will be available over the next day or two), Beauty and the Beast earned the fourth largest second weekend of all time behind Star Wars: The Force Awakens ($149M), Jurassic World ($106M) and The Avengers ($103M). This 49% drop is very promising for Disney and with a domestic total of $316M and a worldwide total of $690M already, this tale as old as time is showing no signs of box office stagnation. 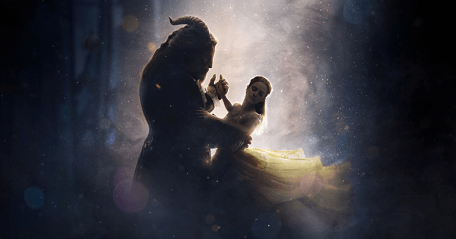 As for Saban’s Power Rangers, estimates pegged the film to open anywhere from $25M to $40M and it’s landed just over the highest guesstimate with an approximate total of $40.5M. That puts it at the same level as last year’s Independence Day: Resurgence, which earned $41M in its opening weekend, but the word-of-mouth is notably stronger for Saban’s Power Rangers. A 46% on RottenTomatoes isn’t a great outcome; time will tell whether the movie has any legs, but the film is garnering significant positive attention from many critics and has an “A” on CinemaScore, so Lionsgate should consider this a win, at least in the short-term.

Further down the chart we find Kong: Skull Island in third with an estimated $14.4M, the sci-fi thriller Life disappointed with an opening of $12.6M and in fifth place was Logan which added $10.1M for a domestic total of over $200M and rising. The big box office bomb this weekend was CHiPs, a debut barely managing $7.6M despite it opening in over 2,400 theatres. It may have only cost $25M to make pre-advertising and distribution, but if Warner Bros. were hoping for a 21 Jump Street style success (a $36M opening for the first and $57M for its sequel) they failed.

Next weekend will see Dreamworks’ animated feature The Boss Baby and Paramount Pictures’ live-action Ghost in the Shell adaptation go head-to-head. Meanwhile, Focus Features’ The Zookeeper’s Wife will offer counter-programming. But Beauty and the Beast may wind out on top again if it continues on its current box office warpath.