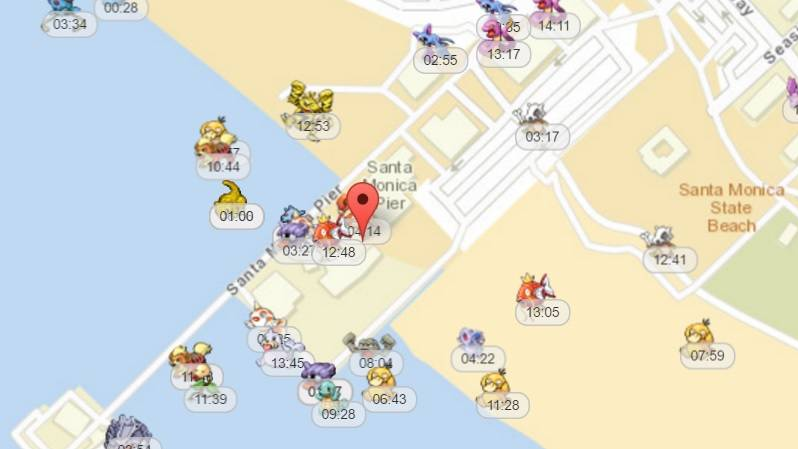 Pokémon Go continues to take the world by storm. The constant crashes and technical issues that permeated the game upon its release are still being ironed out. However, there’s one issue fans continue to have problems with — actually finding some of the Pokémon.

Obviously, it’s part of the challenge and fun of the game, but Pokémon disappearing, the infamous “three-step glitch” (which shows a Pokémon being 300 metres away no matter how far away it actually is) has caused much frustration. But one workaround has been the website Pokévision, which not only tells you exactly what Pokémon are nearby, but also how long they’ll be there before disappearing. The website was so popular, that co-founder Yangcheng Liu claimed that at its peaked, it attracted 27 million users over the course of five days.

However, it would seem that in order to get all of this information, Pokévision needed to access some backdoor code for the app. According to Pokémon Go developer Niantic, it’s a breach of the app’s terms of service. As a result, the website is now no longer working as intended and visitors are greeted with this screen.

Hey guys. We wish we had some news for you

At this moment, we are respecting Niantic and Nintendo's wishes.

Will keep you guys posted

According to other tweets, Pokévision is trying to negotiate with Niantic in order to bring the site back, at least until the app’s tracking-glitches are resolved. Though don’t hold your breath for it to return anytime soon, especially since Niantic CEO John Hanke has stated he’s not a fan of these tracking websites since they “takes some fun out of the game.”

However, with so many people relying on Pokévision to do the one thing that the app is supposed to do, maybe this should be a wake-up call to Niantic to fix the ever-present issues. If people needed to use workarounds and outside tools in order to actually play the game, then perhaps the issue isn’t with Pokévision, but with Pokémon Go.

Have you used Pokévision? If so, are you sad to see it get taken down by Niantic? Let us know in the comments!