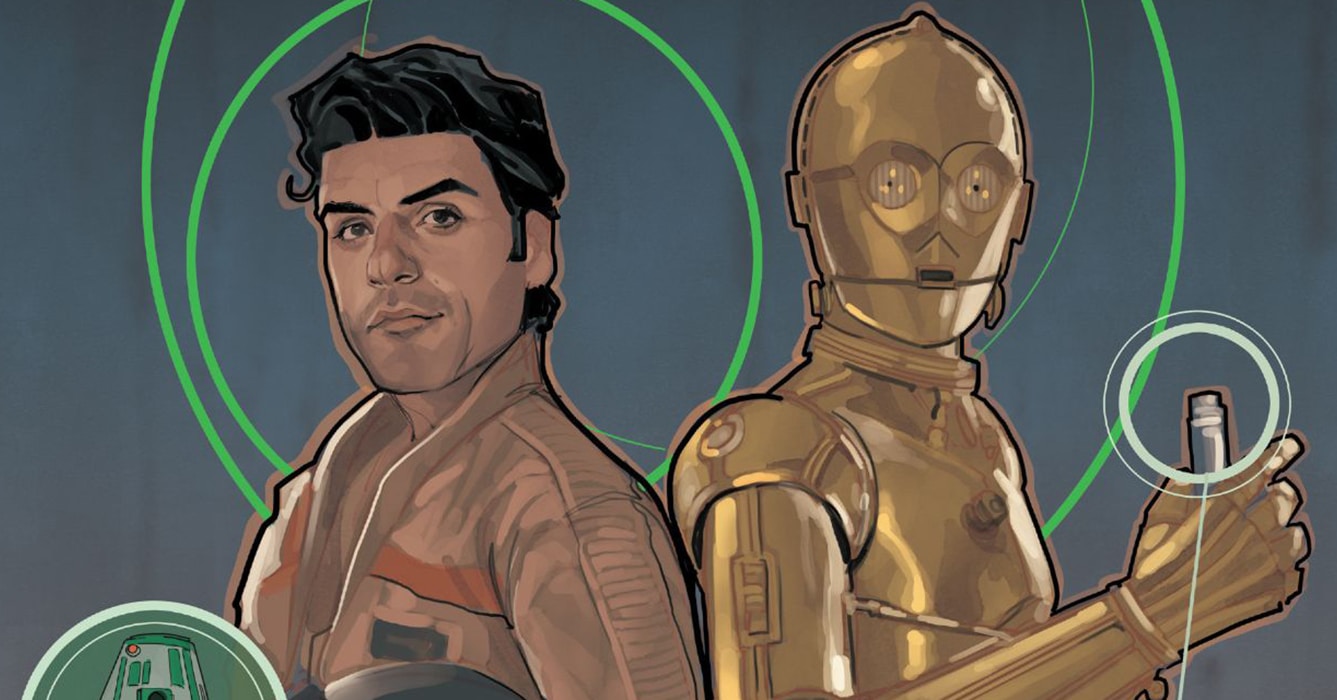 Hello, old friend! Long time, no see! Happy New Year! How are the kids? I’m glad! It’s been almost a month since I’ve reviewed or written anything. That’s a long time considering everything that’s happened since then. Rogue One came out, and showed us how the Rebel Alliance stole the plans for the Empire’s ultimate weapon. Showing the galaxy you don’t need to be a Jedi to be a hero. We lost an absolute legend and princess with the passing of Carrie Fisher, an incredible advocate and person. The void she’s left behind can never truly be filled. Not to mention all of the canon stuff that’s been released. It’s time to get back to that good ol’ grindstone, and what better way then “the best damn pilot in the galaxy,” Poe Dameron?

The Poe Dameron series has been some of my favorite new canon, thus far, for one particular reason, the writer Charles Soule understands exactly who Poe is. How he talks, how he carries himself, his attitude, everything. From the first panel you believed that this was the character we were introduced to in The Force Awakens and that continues in issue #9. What really makes this issue work is the great dynamic between Poe and our favorite protocol droid, C-3PO.

Poe and 3-PO are on a classified mission to the incredibly dangerous planet Kaddak, filled with all the wretched scum and villainy you’ve come to expect in the galaxy. Think Mos Eisley, but 15 times more dangerous with zero stormtroopers to maintain control. One of 3-PO’s droid spies has information vital to The Resistance, the location of Supreme Leader Snoke. Little does Poe know, Agent Terex is also on Kaddak and we get a lot more background on who he is and his Imperial and underworld past.

Once again what I really loved about this issue is the dynamic and relationship between Poe and 3-PO. It has a very Han and 3-PO feel from Empire Strikes Back, where it’s back and forth and a bit snippy. The only major difference is the reverence that Poe has for 3-PO. There’s an incredibly sweet moment between Poe that will pull at your heart strings. Throughout the entire issue, 3-PO had been calling Poe “Master Dameron” or “Master Poe” and Poe had finally gotten sick of it. Poe, in frustration, goes into a full monologue on how much 3-PO did for the galaxy. Ending the speech saying “if anyone should be calling someone master it should be me to you.” It was a very sweet moment and put into perspective what he did in the original trilogy.

With each passing issue, we are getting closer and closer to the events of The Force Awakens and that’s a big draw for me. This proximity allows for some cool moments and in this issue it was seeing the union of Kanjiklub and the Guavian Death Gang. Without the gangs saying a single word, we see them come together in their disdain for Han Solo. It was a very cool moment and reminds us just how close we are to the new trilogy.

Finally the more and more they reveal about Terex’s past, the more and more I love him as a villain. There are so many layers to his character that are just now beginning to be peeled away. It’s gotten to the point where if he makes it out of the series alive (I doubt he will), I would love to see him in the movies. They take us back 30 years ago to the final battle at Jakku and shows why he became this villain. What’s impressive to me is to see the differences in younger and older Terex. Young Terex isn’t’ this formidable adversary we see now. He’s unsure of himself; sure he has skills, but he’s nowhere near where he is in present day. It shows character development, even if we get it little by little in flashbacks.

Poe Dameron is just the gift that keeps on giving. I’m very excited to see how this arc ends, especially considering the way in which this issue concluded. Poe passed out on the floor. Poe is on a roll!

The ‘Poe Dameron’ series continues to impress in issue number nine. A great dynamic between Poe and 3-PO are a highlight, with Agent Terex’s backstory becoming more intriguing with each issue. With some cool nods to ‘The Force Awakens’ and an overall great reverence to 3-PO, ‘Poe Dameron’ is a lot of fun.