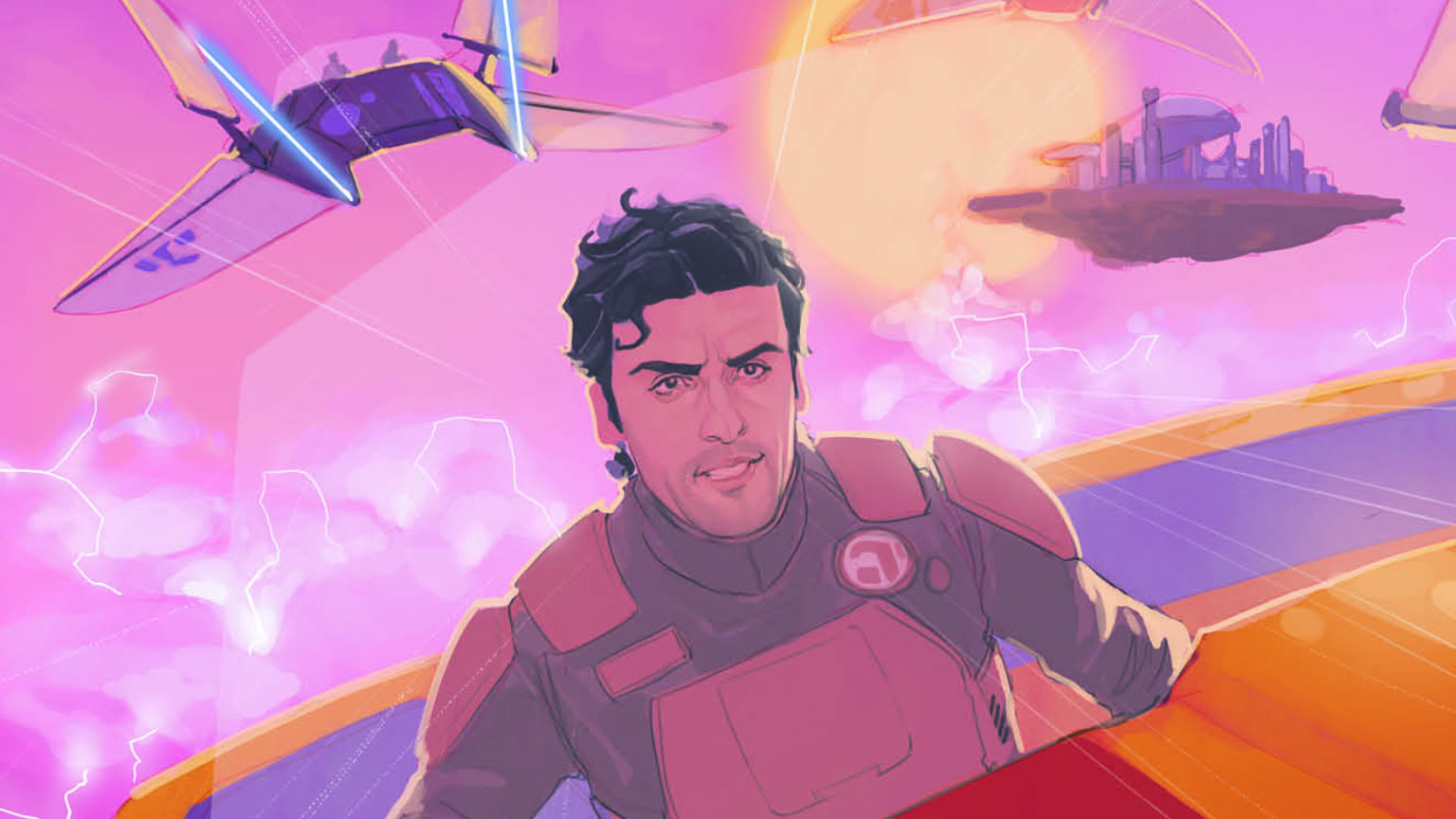 *Spoilers for this issue

I was a huge fan of the last issue of Poe Dameron. The sixth issue in the ongoing series did pretty much everything right, and is everything you want in a story. Suspenseful, fun, humorous, and just a great adventure. With almost a two-month wait in-between you’d expect the story to be just as good as the last, well you’d be wrong. This issue borders on useless and does very little to move the series along. There are certainly some good qualities with this issue, but overall, this was disappointing filler.

Suralinda Javos, an old Navy buddy of Poe’s reaches out to him with a request to see him, assuring him it’s urgent. The two meet on the planet Pheryon, but before they can talk they are attacked by the First Order. Or what they think is the First Order. Javos has gotten herself into trouble and has some key information about something “big” the First Order is working on. They evade their would-be attackers in typical Poe Dameron fashion, on a great chase through the clouds. Only to be captured moments later in a cantina. The two are interrogated where Javos’ true intentions are revealed.

I’ll start with the good. Once again, Soule continues to write Poe to perfection. Witty, charming, and a bit cocky, this is the character I love. Poe continues to show that he’s “the best damn pilot in the galaxy” and exactly why Leia recruited him. The chase scene alone once again proves that, and is without a doubt the highlight of the issue. There are a couple of lines that nod to The Force Awakens that most will fans will pick up on. For the most part I enjoyed Javos a lot. The two really seem to have great chemistry and offers a small peak into Poe’s past.

Now on to why I’m so disappointed with this issue. It literally does nothing to advance the series as a whole. Javos’ arc really doesn’t make a whole lot of sense and I’m confused as to who she really is. It’s revealed that she doesn’t actually know anything about the First Order, and just wants to get close to the Resistance. After Javos left the Navy, she became a journalist and wants to get a “juicy” scoop on the Resistance. She manipulated Poe to show her where their base was for the sake of a story. I could get behind that if there was some kind of end game and Poe didn’t uncover the truth. That would actually be a pretty good story.

At this point in canon, the Resistance is kind of a secret. There are rumors about Senator Organa’s secret army, but that’s all. Revealing the Resistance to the rest of the Republic wouldn’t be that stellar for them at this point. Which leads to my main problem with the issue. After finally reaching the base and doing exactly what she wanted to do for the story, she quits her job. What? You successfully use manipulation to get everything you want, spending time and resources on it, and you just quit? Where are we now? Exactly where we started.

This issue felt like a side story and really didn’t add much to the universe as a whole. Granted, the next issue may address some of my issues and come full circle. Right now, however, this wasn’t what I was expecting or wanted. I’m not done with the series, but I know it can do better.

The seventh issue of ‘Poe Dameron’ was incredibly disappointing. A great characterization, and chase can’t make up for weak motivations and minor story progression. This is by far the worst issue of the series so far.