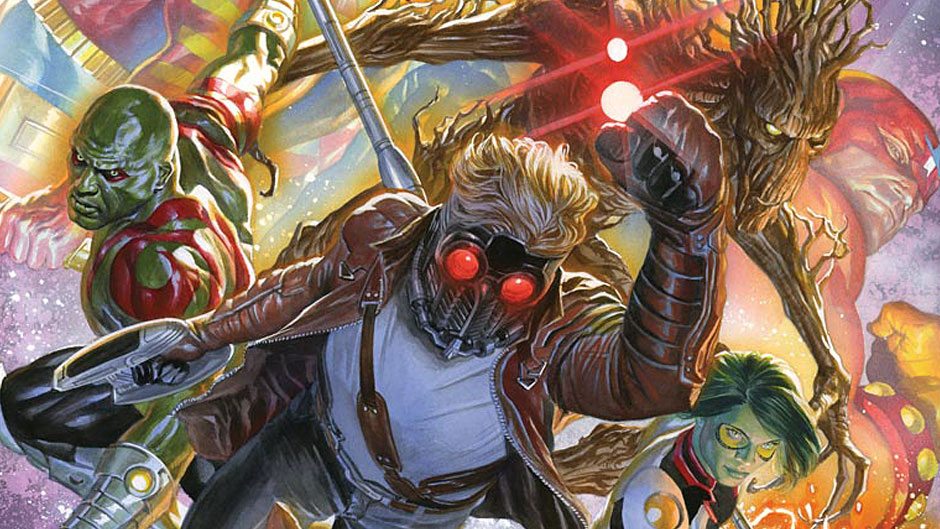 Weeks before Telltale wrapped Season 1 of their Batman series, the developer announced Guardians of the Galaxy as their next project. The reveal of the Marvel title came in a trailer during this past December’s Game Awards, and it was little more than a brief tease. Now, a few plot details have emerged online on a GameStop page (via IGN). You can read the plot synopsis, below:

“Marvel’s Guardians of the Galaxy: The Telltale Series delivers a brand new story of the universe’s unlikeliest heroes, the rag-tag band of outlaws who go by the names Star-Lord, Gamora, Drax, Rocket, and Groot. In the wake of an epic battle, the Guardians discover an artifact of unspeakable power. Each of the Guardians has a reason to desire this relic, as does a ruthless enemy who is the last of her kind, and who will stop at nothing to tear it from their hands. From Earth to the Milano to Knowhere and beyond, and set to the beat of awesome music, this five-part episodic series puts you in the rocket-powered boots of Star-Lord in an original Guardians adventure, told in the unique and award-winning Telltale style, where your decisions and actions will drive the path of the story you experience.”

This lengthy plot summary offers up details on what to expect from the Guardians’ journey. It also confirms assumptions that Star-Lord would be the playable character. Whether or not this means we won’t be hopping between characters, similar to Tales from the Borderlands or TWD Season 3, remains to be seen. Though, balancing character-switching between five different heroes is an unlikely task that may heavily weigh on the pacing of an episodic game.

What decisions we’ll be forced to make is another question that’ll probably go unanswered for the time being. Tonally, it could be akin to Telltale’s Borderlands series. Ergo, unlike TWD, Batman, or The Wolf Among Us, the studio will get to add more levity to some of the choices.

The real kicker is this “artifact of unspeakable power” and the “ruthless enemy” hunting it down. Of course, the who and what are essential, but the why of it all will also be intriguing. Let us know your thoughts and theories in the comments below.

Guardians of the Galaxy: The Telltale Series will launch this year. It’s possible the series could begin rolling out around the time GotG Vol. 2 hits theaters on May 5, but this speculation is unconfirmed.