Disney has unleashed the first trailer for the fifth installment in the Pirates of the Caribbean series. While it lacks Jack Sp… Captain Jack Sparrow, Dead Men Tell No Tales’ first look is haunting. Check it out below.

Johnny Depp will of course return as the eccentric and perpetually rum-drunk Jack Sparrow. By his side will be series alum Orlando Bloom, reprising his role as Will Turner. Captain Barbosa himself, Geoffrey Rush, is also returning. Newcomers hopping on deck are Javier Bardem, playing Captain Salazar, Brenton Thwaites, David Wenham, Kaya Scodelario, and Sir Paul McCartney.

Pirates 5 is being helmed by Joachim Rønning and Espen Sandberg. The duo directed 2012’s Kon-Tiki, a film following the story of the famous explorer Thor Heyerdal’s trek across the Pacific Ocean in 1947. Screenwriter Jeff Nathanson (Tower Heist, Rush Hour 3) penned the script.

When we last saw Sparrow in On Stranger Tides, he and Mr. Gibbs took off to restore their ship, the Black Pearl. It’s doubtful that luck was on their side, but the two have been known to stumble upon fortune in the past. However, with this Captain Salazar on the hunt, whatever good fortune they found won’t last for very long. 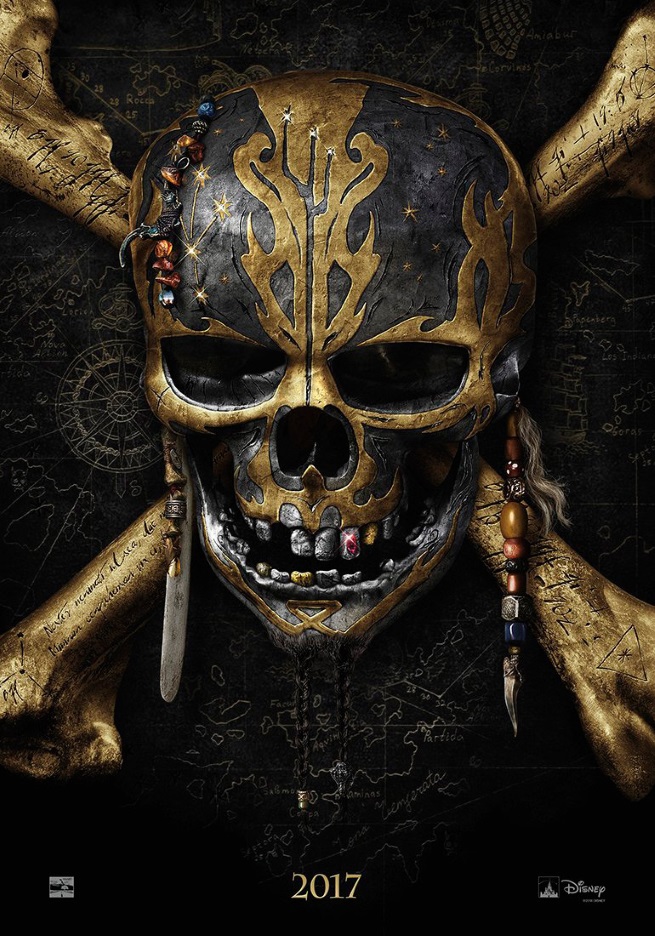 The film’s official synopsis is as follows:

“Thrust into an all-new adventure, a down-on-his-luck Captain Jack Sparrow finds the winds of ill-fortune blowing even more strongly when deadly ghost pirates led by his old nemesis, the terrifying Captain Salazar (Bardem), escape from the Devil’s Triangle, determined to kill every pirate at sea…including him. Captain Jack’s only hope of survival lies in seeking out the legendary Trident of Poseidon, a powerful artifact that bestows upon its possessor total control over the seas.”