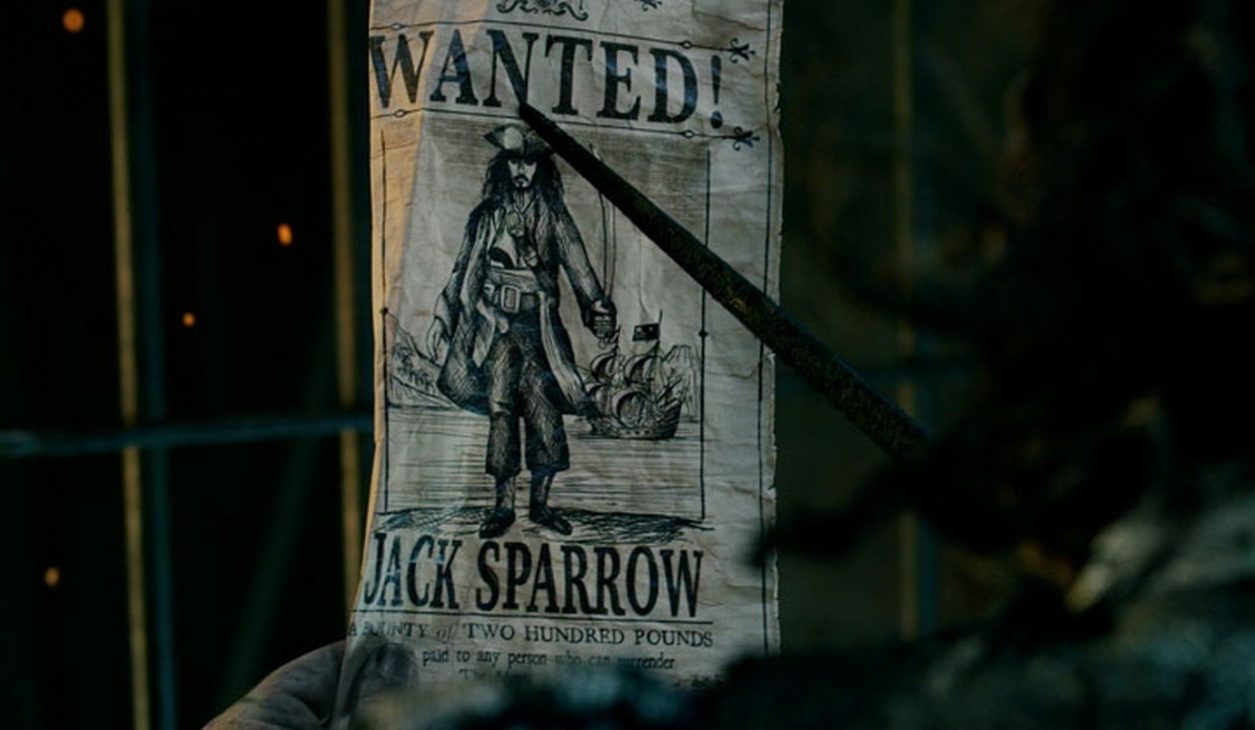 Disney took to Twitter to unleash another look at Pirates of the Caribbean: Dead Men Tell No Tales. This time, the tease came in the form of an all new poster. But that isn’t all. The company will be dropping a new trailer for the franchise’s fifth film sometime tomorrow. Check out the latest poster below, featuring Johnny Depp’s Captain Jack Sparrow, Javier Bardem’s Captain Salazar, and Geoffrey Rush’s Hector Barbossa and more.

Prepare for stories from the deep. A new trailer for #PiratesOfTheCaribbean: #DeadMenTellNoTales is coming tomorrow. pic.twitter.com/BH7qPx5FFV

The first trailer for Pirates 5 teased Bardem’s role in the film and Captain Jack’s impending return. A Super Bowl spot raised the stakes mightily, giving us our first look at Jack Sparrow in years. A brief amount of time will tell what’s in store for the newest look at Dead Men Tell No Tales.

Pirates‘ next chapter finds Jack Sparrow as out of luck as ever, on the hunt for the key to survival. He’ll have to be quick about it, though, according to the film’s official synopsis, which can be read below:

“The rip-roaring adventure finds down-on-his-luck Captain Jack feeling the winds of ill-fortune blowing strongly his way when deadly ghost sailors, led by the terrifying Captain Salazar (Javier Bardem), escape from the Devil’s Triangle bent on killing every pirate at sea – notably Jack. Jack’s only hope of survival lies in the legendary Trident of Poseidon, but to find it he must forge an uneasy alliance with Carina Smyth (Kaya Scodelario), a brilliant and beautiful astronomer, and Henry (Brenton Thwaites), a headstrong young sailor in the Royal Navy. At the helm of the Dying Gull, his pitifull small and shabby ship, Captain Jack seeks not only to reverse his recent spate of ill fortune, but to save his very life from the most formidable and malicious foe he has never faced.”

Pirates of the Caribbean: Dead Men Tell No Tales opens in theaters on May 26.