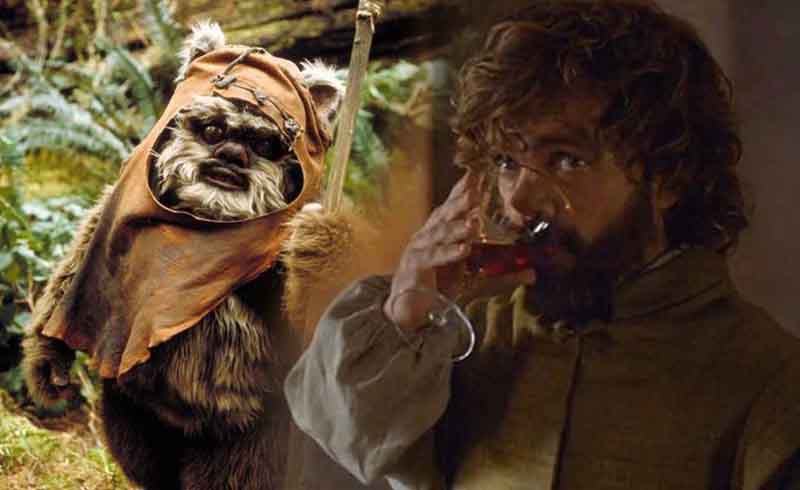 It was revealed recently that The Handmaid’s Tale director Reed Morano had met up with Lucasfilm for a “mystery project” and a lot of people automatically thought that she would be the next Star Wars director. Apparently, Peter Dinklage (Game of Thrones) thought the same thing and wanted in on Morano’s Star Wars project.

Talking to Vulture, however,  Morano denies that the project that she discussed was about Star Wars at all, but if it were, she says she would cast recent collaborator Dinklage in the film. Morano says:

“I mean I can tell you it’s a rumor. You know, I did have a meeting with Kathleen Kennedy, and it’s great, I mean, I’m a huge admirer. But I don’t know where that rumor came from.”

Dinklage then chimed in:

“I started it… Just so that I could be in your version of Star Wars.”

It’s no mystery that Dinklage is a fantastic actor, and with little people like Warwick Davis and Kenny Baker making their mark on Star Wars, I could imagine Dinklage doing the same. I’m just hoping that if he does get cast in a Star Wars film, he will get some great speaking role—after all, Tyrion Lannister is best loved for his wit and wisdom.

As for Morano’s secret project with Lucasfilm, I have no idea what it could be. If it isn’t Star Wars, I can only imagine that it has something to do with Indiana Jones. I’m trying to be optimistic and say that Morano was just lying to douse off the rumors. With the all-male roster of Star Wars directors, I would love to see what a woman would bring to a galaxy far far away.

For now, Dinklage is promoting a film called I Think We’re Alone Now, directed by Morano and also starring Elle Fanning. Hopefully, Lucasfilm will shed some light soon about this “secret meeting” with Morano.

The next Lucasfilm project set to come out is Solo: A Star Wars Story, and it hits theaters May 25.