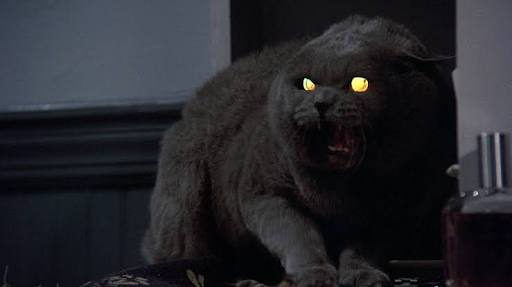 The 2017 film remake of the Stephen King novel It made it pretty big at the box office. The horror flick earned a whopping $700 million on a measly budget of $35 million. But that’s not its only success. It also did pretty well with critics. It currently holds 85% on Rotten Tomatoes and 7.2/10 on Metacritic.

With that said, it isn’t surprising that at the helms of It’s success is another Stephen King adaptation.

Late last year, Paramount Studios confirmed that they would be working on a remake ofPet Sematary. The production has secured Starry Eye’s Kevin Kolsch and Dennis Widmyer to direct the film. More recently, Midnight Meat Train writer Jeff Buhler has signed on to write the film. According to Buhler, fans should be excited about the Pet Sematary remake as he plans it to be the scariest one yet.

Speaking with Dread Central, Buhler revealed that he was already talking with Kolsch and Widmyer about the film’s direction. He explained that there is a challenge in adapting the novel since some sequences can be ridiculous and campy. Nevertheless, Buhler believes that Pet Sematary is King’s scariest book. It wouldn’t be difficult to make a movie as scary as the novel.

“When we first started our conversations, Dennis and Kevin and I really connected around the idea of bringing the story back to the source material, to find a modern telling of the book that really spoke to some of the big scenes and big moments that Stephen King had originally written and as much as all of us are huge fans of the original film, there are moments that are larger than life and feel borderline campy. Our desire was to tell a really grounded, character driven and psychologically horrific version of Pet Sematary, which in my belief, is the scariest book that King ever wrote.”

Buhler continues to tease about what fans could expect from the movie. When asked about the possible appearance of Victor Pascow, the writer remains coy about confirming the character. However, he is sure that longtime Stephen King fans would enjoy the movie:

“There may be Victor, there may be some Zelda, and there will definitely be some Louis and Rachel and Gage and Ellie. I will say this, if you love the book, you’ll love this movie. (Directors) Dennis and Kevin are both such visionaries in terms of how they’ve approached it, from not only a horror standpoint but also a character standpoint, and it’s been really gratifying to work with those guys. I think we’re on track to it make one of the scariest Stephen King adaptations ever! That’s our goal anyway” gushed Buhler in the same interview.

Shooting for the Pet Sematary remake begins this year in June. According to reports, the production will begin in Montreal, Canada. The film hits the big screen on April 19, 2019.