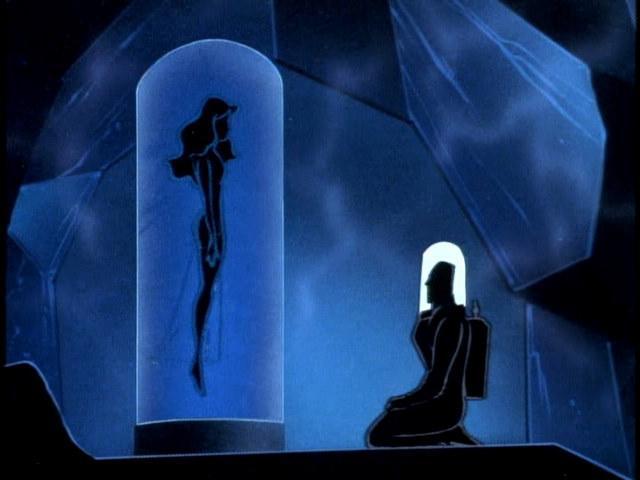 Unfortunately, for many, Victor Fries aka Mr. Freeze is still considered a joke of a Batman villain. This is due in part to his disappointing portrayal in Batman and Robin by Arnold Schwarzenegger. However, years before that film hit theaters, Paul Dini, Harley Quinn’s creator, had redefined the character. The reimaging of Mr. Freeze was done in such a manner that the character’s status as a villain was called into question. Dini considers him a victim, although it can be argued he’s an anti-hero as well. The Batman: The Animated Series episode introducing Freeze’s tragic backstory, Heart of Ice, went on to earn an Emmy for Outstanding Writing in an Animated Program. Over two decades later, Paul Dini has spoken to CBR about how redefining the character came to fruition.

“Early in the Batman series development, Bruce and I agreed that while we liked his cold gimmick, Mr. Freeze was otherwise a rather nondescript character. So we played around with the idea that losing his wife had made him dead to emotion. I think we may have thrown some of Vincent Price’s Dr. Phibes in there as well, especially in Freeze’s determination to revive his wife. After we did the inital development on Freeze, I left Warners for a while to work on a movie. Alan Burnett came on to supervise the writing, and he asked if I would write some freelance scripts. The first one I wrote was Heart of Ice, as no one had touched Freeze since we had done the early development on him.

“In writing the story, I thought if Freeze claimed to be dead to emotion, then the last scene should be him breaking down. I worked backward from that idea, setting up the conflict that would get him to that point. I think that was the first episode Bruce directed himself and he knocked it out of the park. Everything came together in that episode, the storyboard, the design, the music, and of course Michael Ansara’s great voice.

“The only bad thing about reinventing Freeze along those lines was that it made it hard to come up with other stories about him. He’s not compelled to cause mayhem like the Joker, or to steal valuables like Catwoman. Those characters are easier to write because their motivations are cleaner. Like Man-Bat, Mr. Freeze is more of a victim than a villain – there’s nothing they want beyond being normal. Still, I’d rather do one or two good Mr. Freeze or Man-Bat stories than lose what was special about them by overexposing them.”

What BTAS did for multiple characters besides just Mr. Freeze was introduce complexities to villains and heroes typically depicted two-dimensionally. And it’s good to see the trend continuing on, as Gotham’s second season adopted Dini’s take on Freeze. The results were fascinating and compelling. Additionally, the Arkham series, often considered a continuation of BTAS, expanded upon Dini’s Freeze storyline. Of course, this is thanks to Dini writing the script for both Arkham Asylum and Arkham City. Although, Arkham Knight’s DLC, In From the Cold (not written by Dini) concluded Freeze and Nora’s tale in a heartwarming way that definitely did the animated series proud.