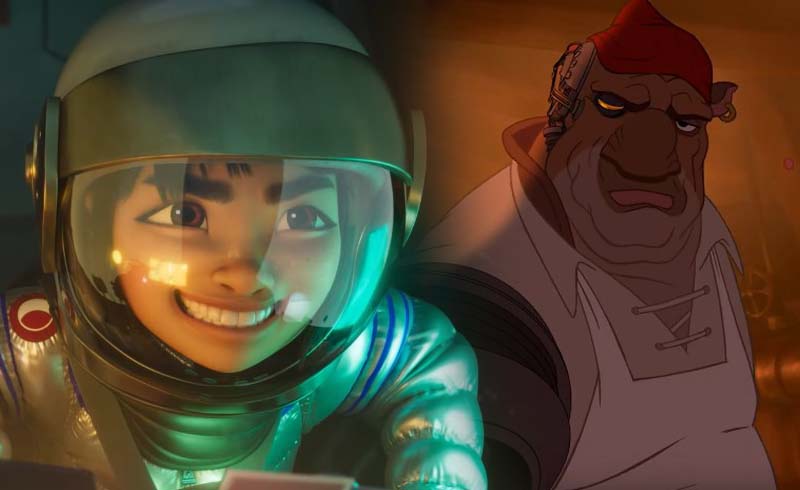 Though a lot of people love Disney’s Treasure Planet now, the film was considered to be a huge loss for Disney and was a flop at the box office. Despite the failure, the movie was still a technical marvel, and legendary Disney animator Glen Keane is still pretty bummed the film didn’t do well.

Talking to Vulture to promote the release of Over the Moon, Keane was asked which of his characters in his filmography thinks needs to be appreciated more, and Keane says it’s the Cyborg John Silver from Treasure Planet. He says:

“Yeah, yeah, definitely. Silver in Treasure Planet. I mean, that guy was so true to my growing up as a teenager. I knew somebody — my coach in football, this guy, Micky Ryan — who had the same speech that Silver gave to Jim Hawkins: “Someday I’m going to see the light shining on him and off you.” I lived that. I put my heart and soul into creating that guy. And also just the connection of CG and hand-drawn blended into one character; I just felt like this is defining everything of who I am as an animator — the heart, the passion, the humor, the weight. Everything about him.”

It was said that despite Treasure Planet being a passion project by directors Ron Clements and John Musker, Disney had prepared the film to fail at the box office. There’s an extensive video explaining the whole thing on Youtube as well. Keane continues:

“… to see it sacrificed in a political battle that went on between [Disney head] Michael [Eisner] and [director] Roy [Clements] at that time, where [the film] was written off as a loss after, I think, almost two weeks. No one went to see it. I have to say, it’s one of the most beautifully animated films. There was this authenticity to Silver that I thought was really remarkable. I loved animating with John Ripa on the same animation desk at the same time, doing tag-team animation of Silver and Jim Hawkins. I’d never done anything like that. It was so real and spontaneous. It was like improv, what we were doing on that film.”

If anything, Treasure Planet has a cult following now, much like Atlantis: The Lost Empire, and hopefully it will find some kind of revival down the line. I personally love the creativity behind the film, and I thought that it was definitely Disney at its best. Much better than the low that was Home on the Range.

In the meantime, you can catch Keane’s Over the Moon now on Netflix.