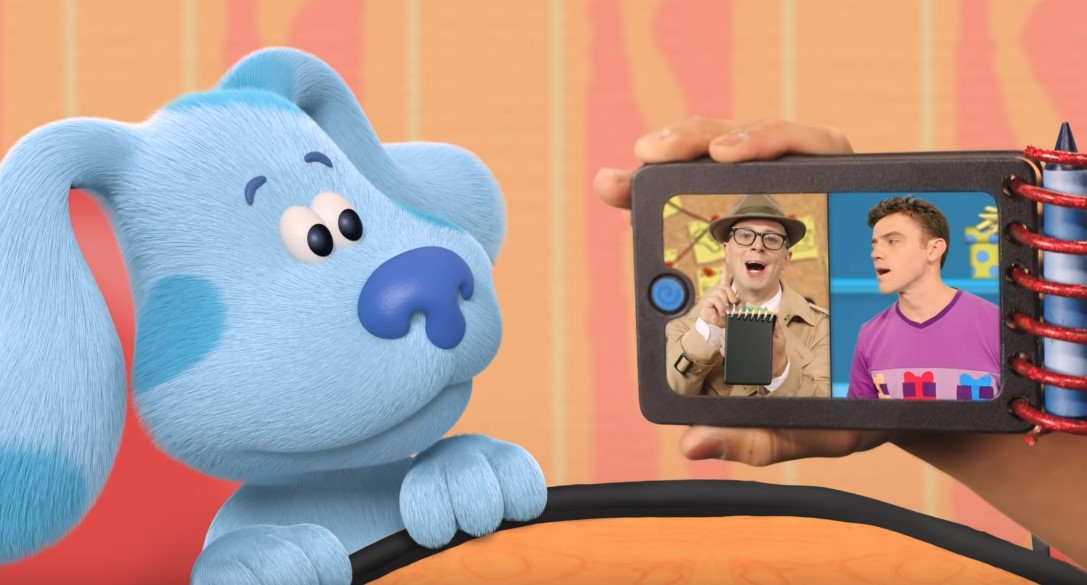 While kids from the 70s and 80s had Mr. Rogers Neighborhood and Sesame Street, the 90s kids had Nickelodeon’s Blue’s Clues. The show had since been cancelled since 2007, but Nick is planning to bring it back later this year with Blue’s Clues & You. What’s interesting is, they’ve brought back the original hosts Steve and Joe to introduce us to Blue’s new caretaker, Josh.

Fans of the classic show ‘Blue’s Clues’ featuring Steve and Joe can get excited that a new generation of kids can now play games, sing, dance, and skidoo with Blue and her playful pal, Josh! Check out Blue’s Clues & You!, the all new series coming this November to Nickelodeon!

Growing up in the 90s, you can’t help but get a bit nostalgic over seeing Steve. I thought it was pretty neat that they updated his job to be a detective; and I admit I got pretty emotional when he asked to talk to his friend, and he started talking to the audience.

I guess it’s also fitting that they got the original hosts to come back to promote this new show. After all, the kids who grew up watching Steve are probably parents now, and it’s their kids who’ll be going on adventures with this new guy Josh.

Catch Blue’s Clues & You when it comes to Nick Jr. this coming November.