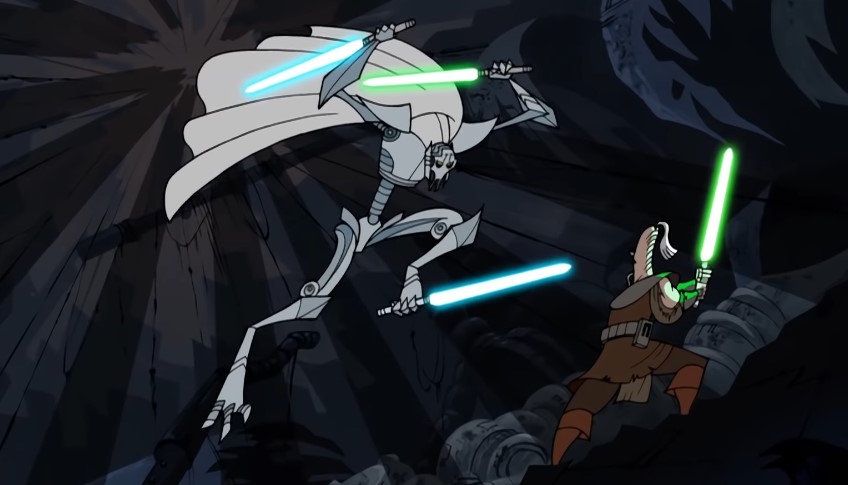 Before Dave Filoni introduced us to Ahsoka with Star Wars: The Clone Wars, Genndy Tartakovsky had release his animated Clone Wars series back in 2003. While the property is no longer considered canon, it looks like Disney+ is going to be giving new audiences a chance to catch this legendary series.

As per IGN, Tartakovsky’s Star Wars: The Clone Wars Volume I and II will be coming to Disney+ this April 2. Alongside the show will also come the animated portion of the original Star Wars Holiday Special as well as two seasons of Star Wars: Ewoks and the two Ewok movies, Caravan of Courage and The Battle of Endor.

Out of all the shows coming to Disney+, Tartakovksky’s Clone Wars is probably the only one that is highly regarded among the Star Wars fandom. Besides the ridiculously solid action scenes, the show is also where characters like Asajj Ventress and General Grievous had made their debut. While Grievous is mostly cowardly in his depiction in Filoni’s Clone Wars, his appearance in the 2003 show is what solidified him as a ‘badass Jedi hunter’ to the fandom way before Revenge of the Sith came out.

While Lucasfilm has a lot of plans with their animated Star Wars shows down the line with The Bad Batch and Visions, it would be great if they could come back to the 2D aesthetic. Heck, bring back Tartakovsky if they can.

Star Wars: The Clone Wars Volume I and II comes to Disney+ on April 2.