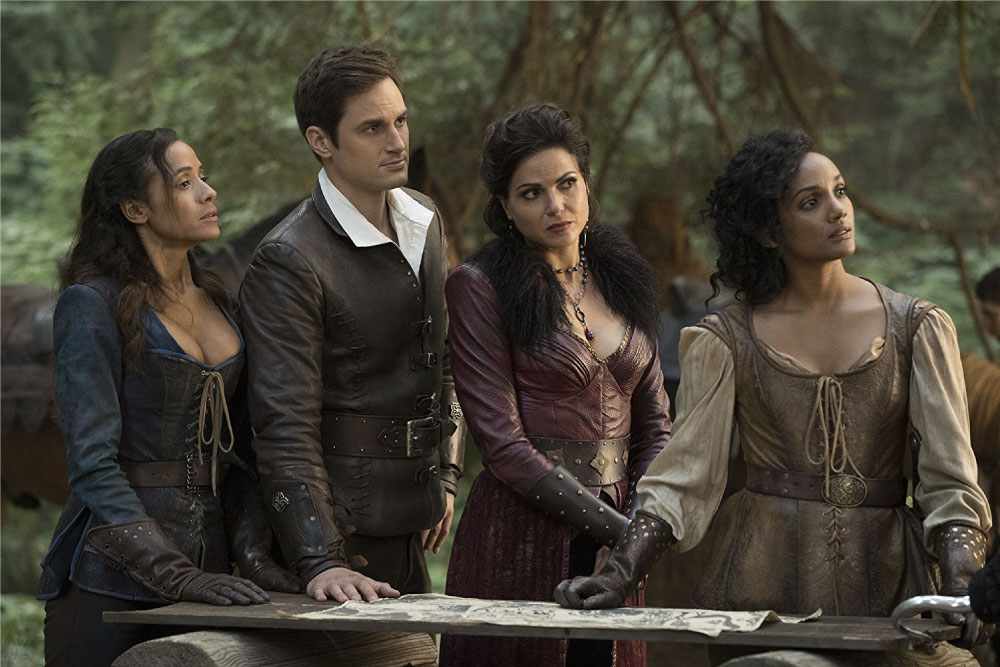 In an interview with TVLine ‘Once Upon A Time‘ show creator Eddy Kitsis says “There is absolutely going to be some romance in Regina’s life in the second half of the season.”

Even though the Evil Queen has been pretty occupied during the first half the season/reboot she’s finally awake from her curse and dealing with an eternal struggle of breaking the curse that we learned she put on the entire town or risk losing Henry for good. With all that on her shoulders, you’d think she wouldn’t have time for love, but you’d be wrong.

Series co-creator Adam Horowitz had this to say:  “Regina/Roni has a lot going on in Hyperion Heights, As Gothel’s plan intensifies and the specter of the coven looms, the stakes are raised. But that doesn’t mean there isn’t room for romance.” He continues “Regina may have suffered a lot over the years, but she is nothing if not resilient,” Horowitz adds. “And when her heart is stirred, she decides to explore what that means and to see what possibilities lie out there for her.”

And for those die-hard Robin Hood fans who think that her moving on would somehow tarnish his memory he had this to say:

“Robin and [her first love] Daniel will always be a part of Regina,” Horowitz makes clear, “but she knows she owes it to herself to see if she can love again.”

Now you may be wondering who this new love is, but both showrunners didn’t want to name names, but did add “It’s an interesting relationship that we are excited for people to see.”

‘Once Upon a Time’ returns on Friday, March 2, with the 11th episode of Season 7, titled “Secret Garden.”

Which reminds us. How are you liking this reboot? Are you still an #OUAT fan? Let us know in the comments below.