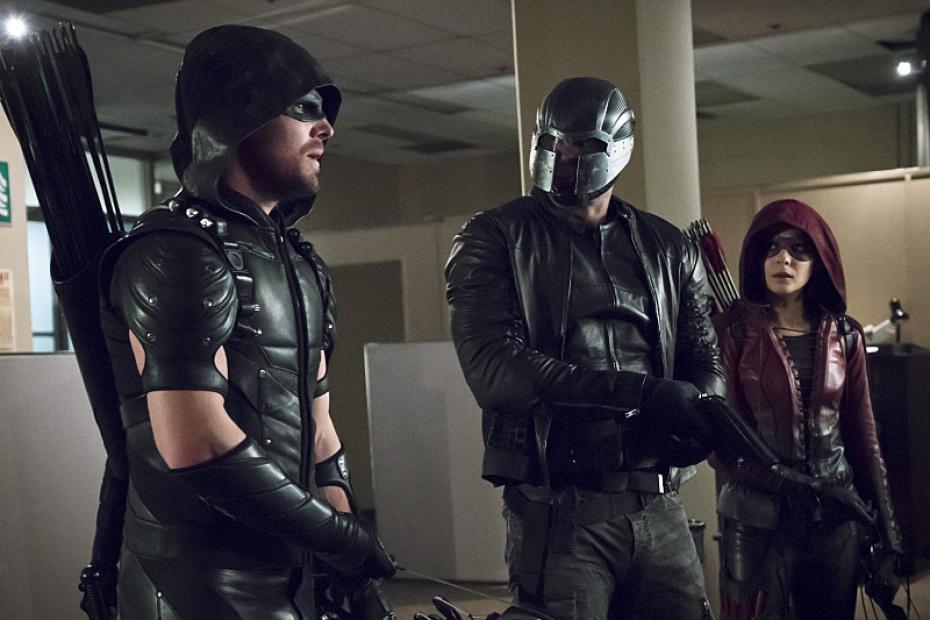 We’re edging ever closer to Arrow Season 5. The show which started the superhero TV boom is coming off a rough couple of years. However, we are expecting a back to basics approach when the show returns. Vigilantes are coming in a way this year. There’s more than one person now looking to protect Star City. It’s hard to see any of those heroes matching up to Oliver Queen. The CW has featured their leading man on a brand new poster for the upcoming season.

Arrow’s official Instagram account shared a new look at the Green Arrow. Apparently he has three things on his mind; his fight, his city and his legacy. Seems like Oliver Queen will continue to be the focus of the new season. With most of his teammates gone, that’s hardly surprising. Even if you aren’t a fan of the show, you have to be impressed at this new poster.

The new season of #Arrow premieres Wednesday, October 5 on The CW.

Let’s hope this is a sign of better things to come for the series.

This could well be the view the villains of Star City will have if they cross the vigilante. Also, it’s worth noting the world legacy on the poster. While the series has struggled to deliver on their themes in recent years, this could buck the trend. Oliver Queen bringing through a new batch of heroes would deliver on his legacy. However, the ominous nature of that subheading already has fans speculating that this could be Stephen Amell’s final year in the role.

We doubt that Arrow will dispense with their main star so soon. Although, that might be a way to really shake things up. Given that Oliver Queen’s time on the island comes to an end this year, finishing his run as the Green Arrow now would be an interesting direction to take.

Arrow returns for a fifth season on October 5. Meanwhile, The CW’s DC universe kicks off with The Flash on October 4.