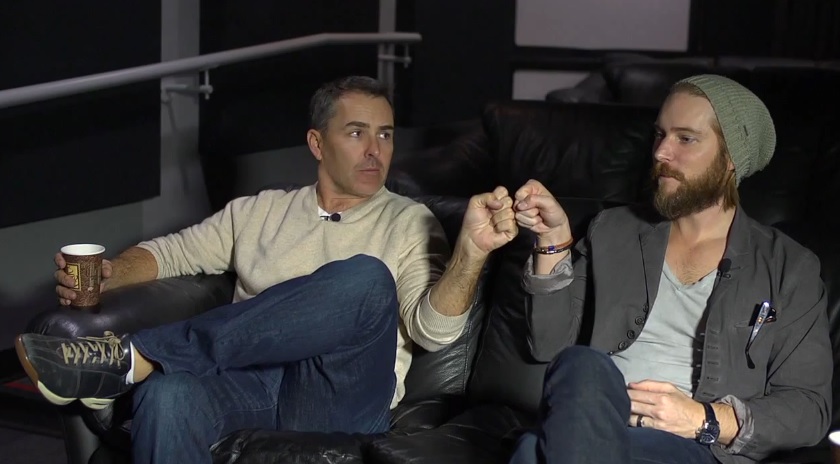 Before proceeding, you should know that this incredibly amazing interview may feature a scene you aren’t ready to look at until you have Uncharted 4 in your PS4. It’s short and goes by quickly. While not a spoiler, it’s reminiscent of a certain sequence after Uncharted 3’s opening. If you really want to hear the interview, just listen and don’t peek. Now that housekeeping’s out of the way, take a gander at the touching video below where Nolan North think he’s Nathan Drake. He technically is and reminisces with Troy Baker on the franchise’s incredible longevity.

They’re the best! Nolan North and Troy Baker work so well together, and their chemistry is abundantly clear both on and off the mocap stage. It’s going to be a bittersweet moment for fans worldwide to pop in Naughty Dog’s last Uncharted, and see/hear Nathan Drake for presumably the final time.

Interestingly, Nolan North notes he was uncomfortable at first with Drake and Elena’s marriage. What’s fascinating is how he came to understand it, much like fans have. Their relationship, minus the adventuring, is representative of reality. Sometimes life steps in when you don’t want it to, tells you to settle down when you’re not ready and carries you down a path you weren’t prepared to journey on. That’s what is special about the Uncharted franchise; despite the genre-defining set pieces and controller-clinching action, it’s a tale fans have grown up with and can see themselves in.

Also, can Troy Baker conduct more of these? His interview chops are as mind-blowing as his impeccable acting. We’ll see him and Nolan North giving Nathan Drake’s time as an adventurer one last go when Uncharted 4: A Thief’s End launches on May 10.