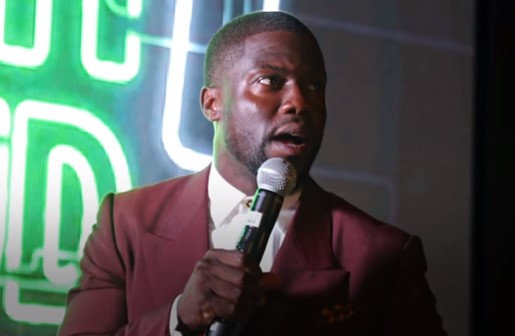 The Academy Awards has experienced a lot of controversies over the nine decades it has been bestowing awards to Tinsel Towns best of the best. From allegations of bias to awardees refusing their awards, the Oscars has seen it all. And this year’s isn’t an exception.

The Academy has recently announced that this year’s Oscars would go without a host. Instead, a slew of A-listers has been tapped to host segments of the program. This is the first time in three decades the award show has gone without a main presenter – the last one was in 1989.

This announcement comes after the backlash over their decision to tap Kevin Hart for the role.

Kevin Hart, a stand-up comedian known for his role on several movies including Jumanji: Welcome to the Jungle and Scary Movie, was initially chosen to host the 2019 ceremonies. Early in December, the comedian turned actor announced the good news on his Instagram account:

“For years I have been asked if I would ever Host the Oscars and my answer was always the same…I said that it would be the opportunity of a lifetime for me as a comedian and that it will happen when it’s supposed to. I am so happy to say that the day has finally come for me to host the Oscars. I am blown away simply because this has been a goal on my list for a long time….To be able to join the legendary list of host that have graced that stage is unbelievable.”

Following the announcement, incriminating tweets from the actor surfaced. The tweets, which were homophobic, has caused the Academy to demand a public apology from Hart. Hart has declined to issue the apology. In a statement, the comedian explained that he has already addressed the issue and he has moved on:

“I passed on the apology. The reason why I passed is because I’ve addressed this several times. This is not the first time this has come up. I’ve addressed it. I’ve spoken on it. I’ve said where the rights and wrongs were. I’ve said who I am now versus who I was then. I’ve done it. I’ve done it. I’m not going to continue to go back and tap into the days of old, when I’ve moved on and I’m in a completely different space in my life. The same energy that went into finding those old tweets could be the same energy put into finding the response to the questions that have been asked years after years after years. We’re feeding the internet trolls and we reward them. I’m not going to do it, man. I’m going to be me and stand my ground.”

Eventually, Hart decided to step down from the role. On Twitter, the actor apologized for his homophobic statements and laments about losing his opportunity to fulfill a dream. Nevertheless, he still hopes to host the program one day.

“I have made the choice to step down from hosting this year’s Oscar’s….this is because I do not want to be a distraction on a night that should be celebrated by so many amazing talented artists. I sincerely apologize to the LGBTQ community for my insensitive words from my past. I’m sorry that I hurt people.. I am evolving and want to continue to do so. My goal is to bring people together not tear us apart.  Much love & appreciation to the Academy. I hope we can meet again.”