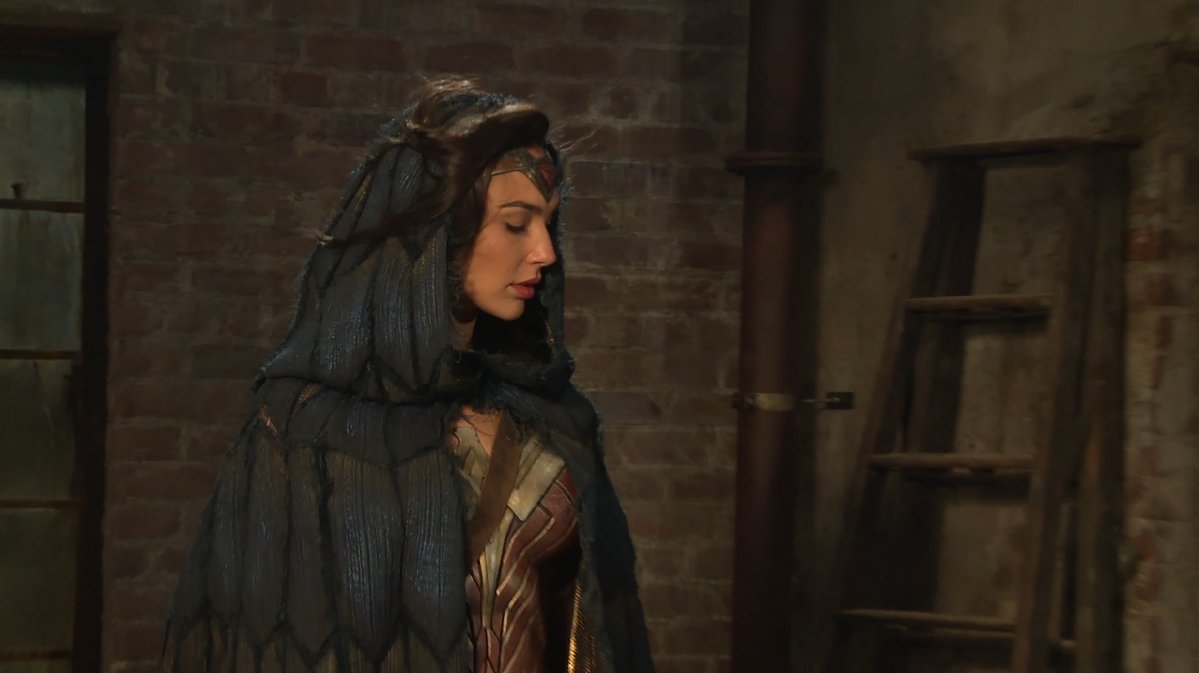 As fans eagerly await the release of a formal trailer, Warner Bros. has debuted new footage of Wonder Woman in Italy in the form of a featurette that has begun to be described online. The footage is not too dissimilar to the previous featurette that revealed the first footage of Wonder Woman on The CW, and featured interviews with brief glimpses of scenes in production for the movie.

The description of this new footage comes via Badtaste.it  (translated by CosmicBookNews), discussing how the featurette opens with previously seen footage of Wonder Woman on horseback, with sword in hand and chasing down soldiers. However, it then goes on to describe footage of Diana Prince using her shield to cover herself from a bombardment of bullets. More footage of Diana in her civilian makeup is described as very akin to the WW1 period too, alongside her also wearing rich clothing at parties and even glasses — a nod to Clark Kent, maybe?

Also relayed from the featurette is information regarding the direction of the movie and its narrative. It is noted that the film is not a romance story and is heavy on action, described as having a “Snyder-vibe” to it, but with its own personality. This would make sense as Zack and Deborah Synder are producers on the film.

The story is described as Wonder Woman’s induction into the world of man, a test of her purity and good will, as she’s whisked into a world that is both alien to her but also incredibly fascinating. Chris Pine’s Steve Trevor is said to be the one that helps Wonder Woman come to terms with this new world, after arriving on the Amazonian island of Themyscira where he comes into contact with the “salvation of humanity” – in other words, Wonder Woman.

This all sounds incredibly exciting and we can’t wait to hear, and hopefully see, more. With San-Diego Comic Con right around the corner, could there be a chance of seeing a trailer when someone undoubtedly leaks it online? We already know that Suicide Squad will have a big presence at the convention, but maybe Warner’s debut of this new Wonder Woman featurette is indicative of them gearing up to talk more about the film soon? Let’s hope so.