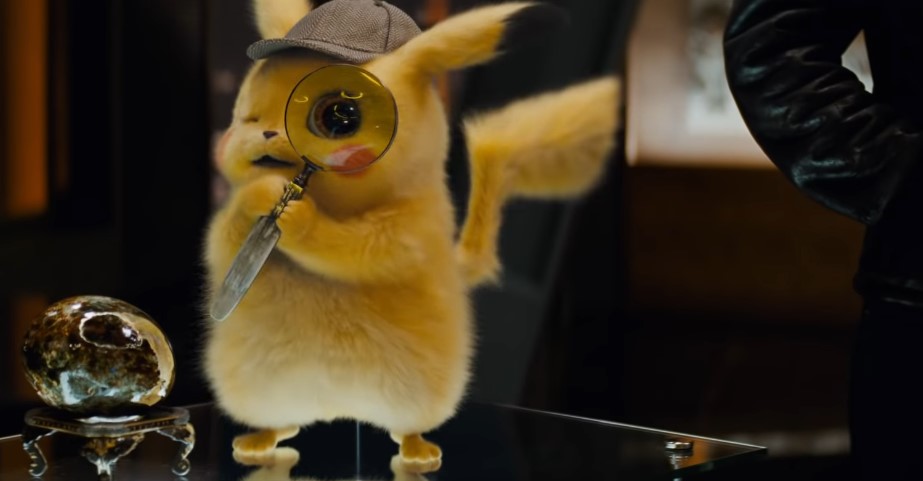 As promised, WB has dropped a whole new trailer for Detective Pikachu, and it gives us a bit more meat when it comes to the plot, plus some more appearances of different Pokemon.

As it turns out, the movie will have Detective Pikachu having lost his memory, and he’ll be needing the help of Tim to look for his old partner (who also happens to be Tim’s father). There’s a lot of trope-y detective noir things going on in the trailer, like going around and making investigations. They have this bit where Pikachu is addicted to caffeine for some reason.

As for Pokemon appearances, we have looks at a whole bunch of them coming from different generations of the franchise. What probably dropped a lot of jaws, though, was the appearance of Mewtwo, the villain of the very first Pokemon film. We don’t really know what Mewtwo has to do with the story, but if he’s pretty significant, then this trailer may as well have spoiled the film.

The story begins when ace private eye Harry Goodman goes mysteriously missing, prompting his 21-year-old son Tim to find out what happened. Aiding in the investigation is Harry’s former Pokémon partner, Detective Pikachu: a hilariously wise-cracking, adorable super-sleuth who is a puzzlement even to himself. Finding that they are uniquely equipped to communicate with one another, Tim and Pikachu join forces on a thrilling adventure to unravel the tangled mystery. Chasing clues together through the neon-lit streets of Ryme City—a sprawling, modern metropolis where humans and Pokémon live side by side in a hyper-realistic live-action world—they encounter a diverse cast of Pokémon characters and uncover a shocking plot that could destroy this peaceful co-existence and threaten the whole Pokémon universe.

Catch Detective Pikachu in theaters May 10.