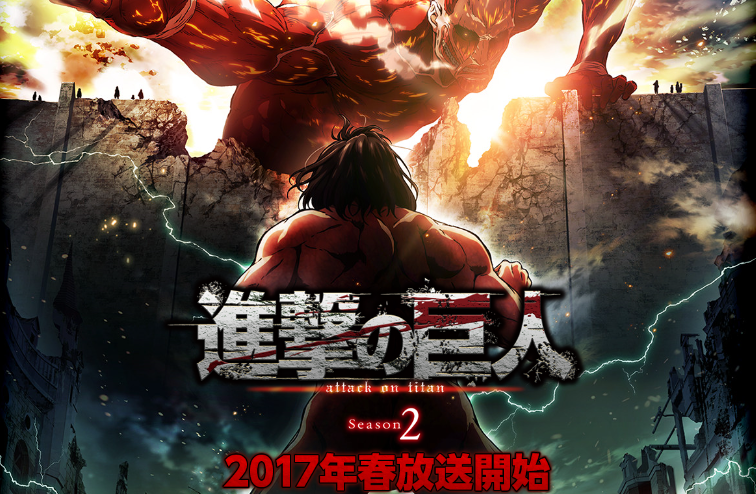 No need to pinch yourselves, this is really happening. Not long after news of Season 2 premiering in April, Kodansha has released the first look at Attack on Titan Season 2.

It’s been a long time coming and, so far, it seems well worth the wait. The Titans are still aiming to breach the Wall; however, they may not be as menacing as Season 1 led us to believe. In the trailer, the Scout Regiment comes to the conclusion that the giant creatures are actually protecting them. What’s more terrifying than a humongous humanoid eating normal sized humans? We’re thinking this Beast Titan may be take the cake.

Of course, this new discovery doesn’t seem to hinder the Titans’ well known feeding practices. As such, the action this time around is expected to be taken up a notch with new threats galore.

Attack on Titan’s second season is set to premiere in April 2017.