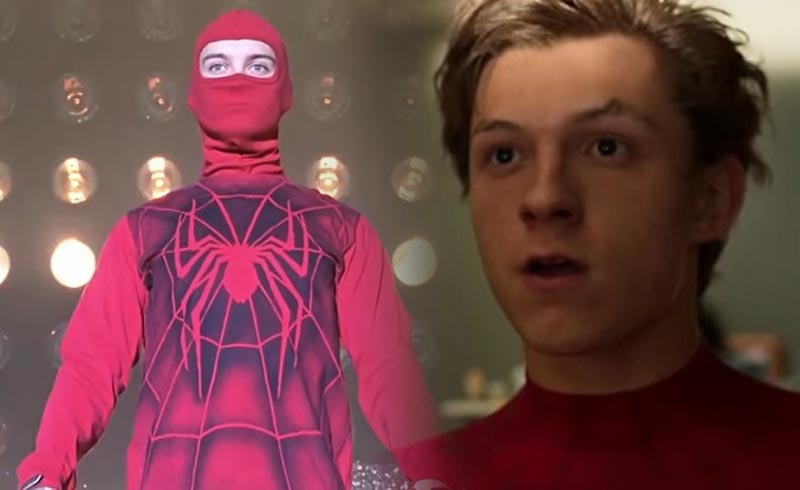 Sony has just dropped a new trailer for Spider-Man: Far from Home, and though we get a lot of hints at the aftermath of Avengers: Endgame, the trailer actually hints at something we haven’t seen in the MCU before—Peter Parker’s origin story.

With the audience basically knowing what Peter’s story is already, the MCU has wisely left it out to focus more on Peter growing up in high school. We know how it goes, Peter gets bitten by a spider, he discovers he has powers, joins a wrestling match to earn some extra money… one thing leads to another and Uncle Ben is dies.

In the new trailer, we see a wrestling poster behind Happy Hogan when he talks to Peter about Nick Fury. The poster is has a headliner named Crusher Hogan, the same wrestler that Peter goes up against in the comics to test out his powers.

In the Raimi films, the wrestler Peter goes up against is Bone Saw McGraw, and Polygon has spotted that he could also be hinted at the poster. Underneath Crusher Hogan’s name, it’s likely that it’s Bone Saw’s name that’s being obscured by the bell. Of course, we don’t know if Peter really did go to a wrestling match in this universe, but it is a pretty neat nod. For now, it looks like the MCU is confident that everyone is already aware of Peter Parker’s origin story. If we do get something though, I’m hoping they cast Jeffrey Dean Morgan as Uncle Ben, I think he would have great chemistry with Tomei, and it would be cool to see him in the MCU.