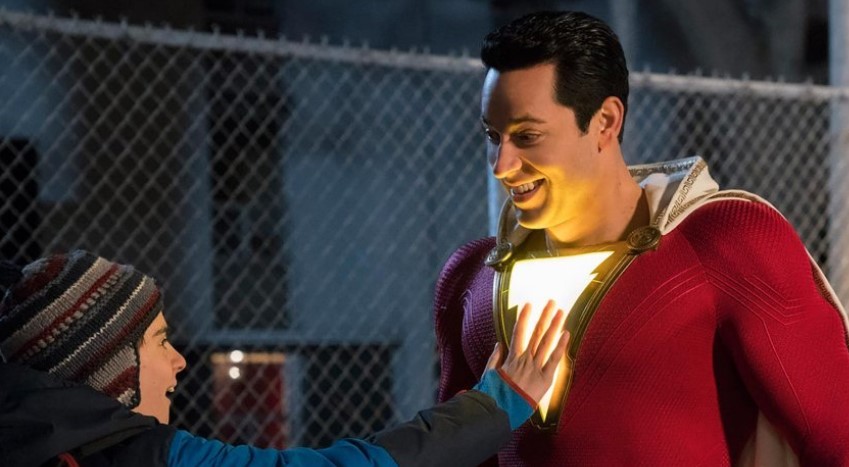 We know that we’re going to get our first preview for Shazam! come the San Diego Comic-Con, but WB has been steadily releasing some new images from the film to hype us up for the release. We have two new images via Entertainment Weekly that give us a good look at Captain Marvel’s costume as well as a look at Billy Batson’s room. 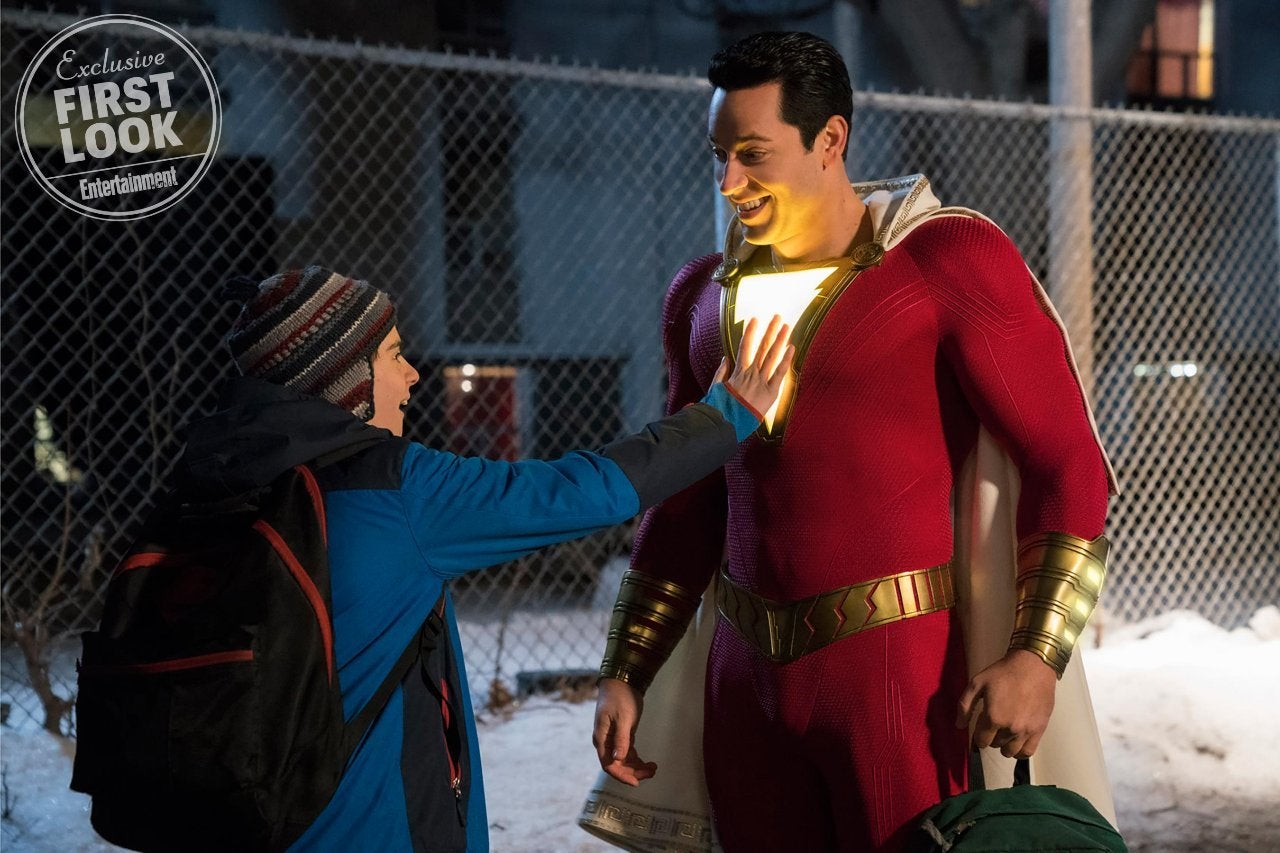 It’s worth noting that the kid opposite Batson/Captain Marvel in the photos is Freddy Freeman (Jack Dylan Grazer). Freddy may be disabled, but he does play an important role in the comics—he’s part of the Captain Marvel family as Captain Marvel Jr.

As for this new image of Batson, you can actually see a lot of callbacks to old DCEU movies, particularly Man of Steel and Batman v Superman. Billy has a Superman cap, and cups, and he also has a Time issue with Zod’s world engine on the cover. There’s also a framed newspaper with the headline ‘Superman is Back.’

As for his Batman memorabilia, he has an action figure of him on the desk, as well as a batarang replica. Plus, the movie hasn’t come out yet, but Freddy is clearly wearing a shirt with the Aquaman logo.

Though the DCEU may be focusing on the release of Aquaman, I can’t help but be excited for Shazam! as well. Let’s hope this film becomes another cool addition to the DCEU. God knows the franchise needs some more wins.