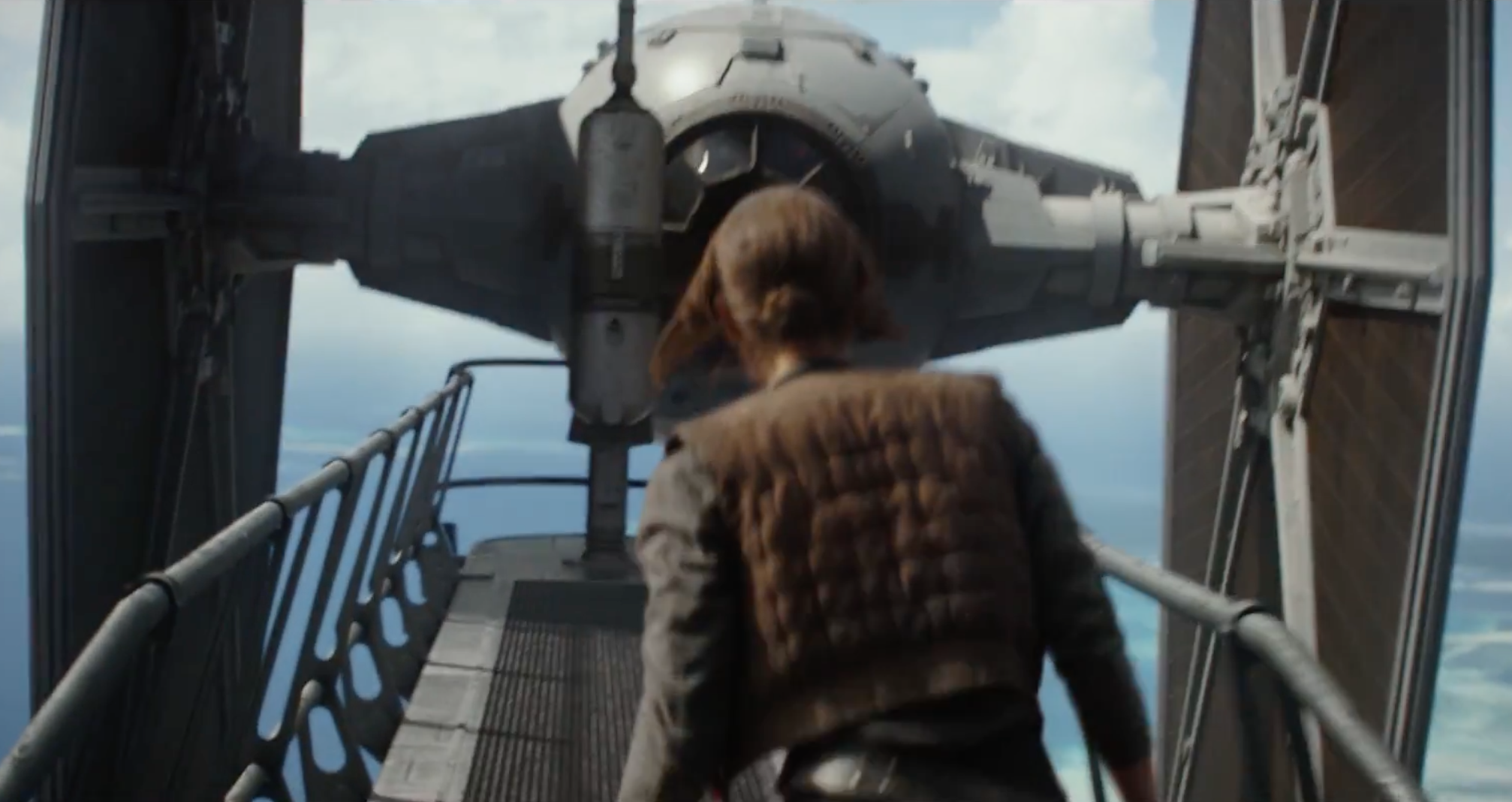 First airing during Thursday’s coverage of the Rio Olympics, a second full-length trailer for the imminent Star Wars spin-off movie Rogue One has – ah, screw it, you’ve already jumped ahead to the trailer, haven’t you?

Yes, Darth Vader is back! Ever since it was announced that Rogue One would take place prior to the events of A New Hope, fans were calling for a cameo from the iconic villain. And that looks to be exactly what we’re getting, in what will be his first cinematic appearance since 2005‘s Revenge of the Sith.

On the light side, the trailer gives us our best look yet at the film’s leads, with more from Felicity Jones’ Jyn Erso in heroic mode rather than a rebellious one and some introductions for her crewmembers and allies like Captain Andor, Chirrut Imwe and K-2SO.

The recent news that Tony Gilroy is taking over from Gareth Edwards for some extensive reshoots sadly suggests Rogue One is having some serious production troubles behind the scenes. Hopefully this won’t end up hurting the quality of the finished product.

From Lucasfilm comes the first of the Star Wars standalone films, Rogue One: A Star Wars Story, an all-new epic adventure. In a time of conflict, a group of unlikely heroes band together on a mission to steal the plans to the Death Star, the Empire’s ultimate weapon of destruction. This key event in the Star Wars timeline brings together ordinary people who choose to do extraordinary things, and in doing so, become part of something greater than themselves.