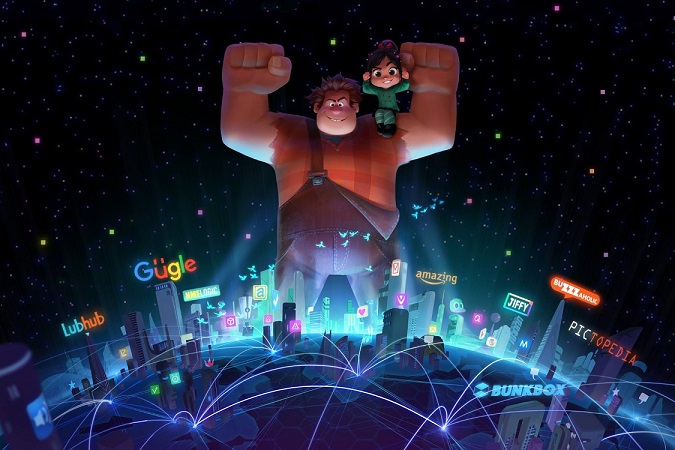 It’s been six years since the release of Wreck-It Ralph and the sequel is finally set to come this November. We still don’t have any official trailer from Disney, but what we do have is a new poster as well as a new teaser.

With the first movie being a treasure trove for retro arcade games, this sequel promises to bring Ralph and Vanellope to the wild world of the internet.  Here’s the movie synopsis:

Taking place six years after saving the arcade from Turbo’s vengeance, the Sugar Rush arcade cabinet has broken, forcing Ralph and Vanellope to travel to the Internet via the newly-installed Wi-Fi router in Litwak’s Arcade to retrieve the piece capable of saving the game. Besides returning voices from John C. Reilly, Sarah Silverman, Jack McBrayer, and Jane Lynch, the movie will also introduce us to some new (but familiar) characters—especially to the world of Disney. The cast includes voices from every main Disney princess from Ariel to Elsa, and each original voice actress is attached. Anthony Daniels is also a member of the cast as C-3PO.

Alan Tudyk, who voiced the main villain of the first movie, is also part of the cast, but it hasn’t been disclosed on who he’s playing. Then again, Tudyk has voiced a character in every single Disney animated film since Wreck-It Ralph.

Hopefully Disney is able to work the same magic with the sequel. I can’t wait for the first official trailer.

Wreck-It Ralph 2: Ralph Breaks the Internet is set to come out Nov. 21.