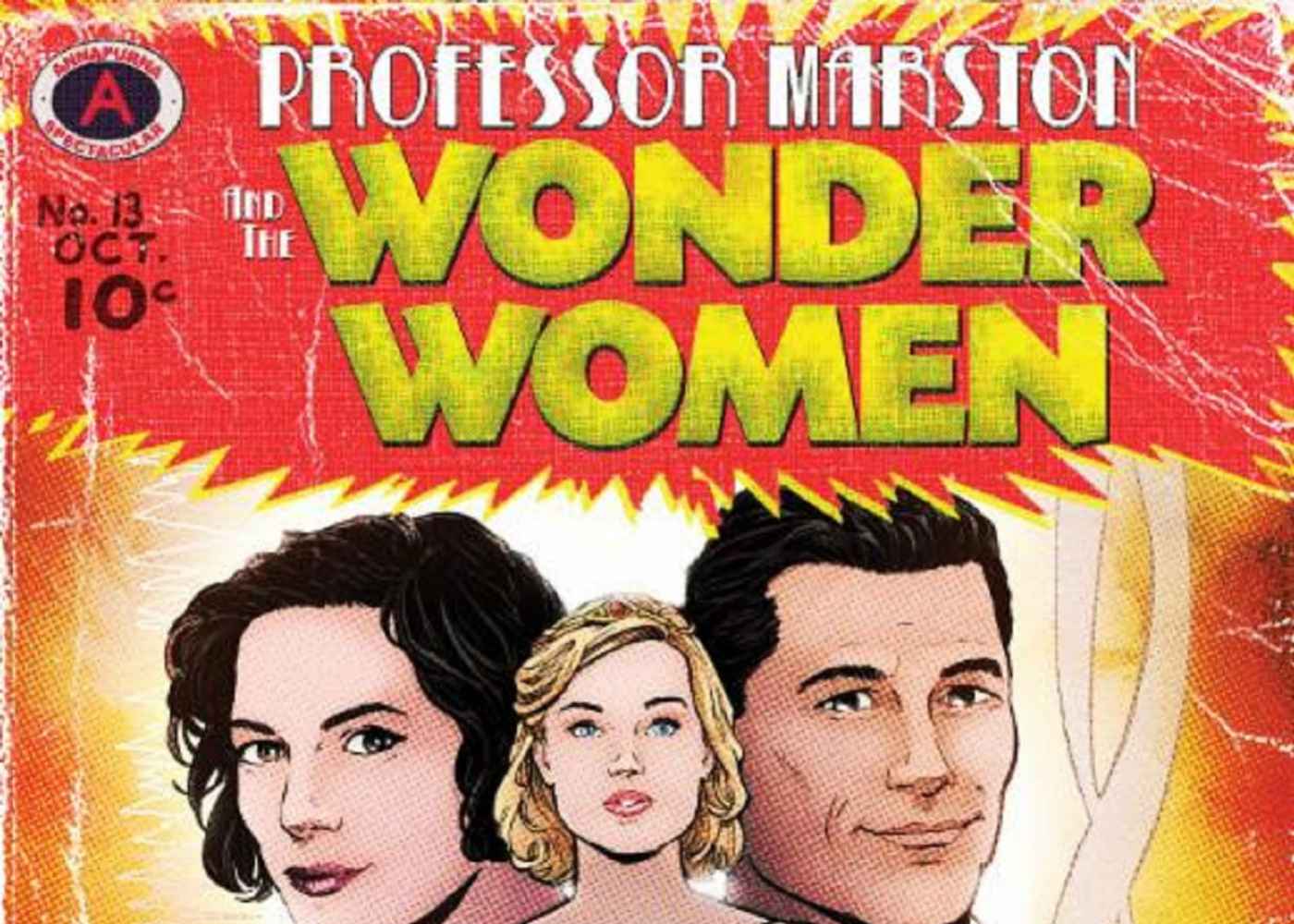 On the heels of Wonder Woman’s $400 million summer, and with Justice League a month away, Annapurna Pictures is about to take viewers back to the Amazon princess’ origins in Professor Marston and the Wonder Women, and with the film’s release right around the corner, a new Marston trailer has arrived, heralding the highly positive reviews the biopic is gathering, especially the glowing review that “The Year of Wonder Woman Continues.”

The trailer opens with William Moulton Marston (Luke Evans), who we are later reminded was a psychology professor and inventor of the lie detector test, attempting to sell his wife Elizabeth (Rebecca Hall) and their mutual girlfriend Olive Byrne (Bella Heathcote) on his new idea, a Nazi-fighting Amazon princess with bullet-deflecting bracelets and an invisible plane. And also a “burlesque outfit” (or as Marston describes it, “athletic”) and “spanking parties.”

The film focuses on two fronts: Marston’s attempts to launch his new super hero, inspired by the bold and strong women in his life and their feminist ideals, and the polyamorous relationship between William, Elizabeth, and Olive. And both of these things caused controversy in 1940s America. The Marston trailer shows this through copies of Marston’s comic being burned, and his work being questioned by Connie Britton. Britton’s character asks if he’s the one with a secret identity, seemingly referring to the unconventional relationship and preferences the Marstons and Olive share. The trailer also gives us a look at Oliver Platt as M.C. Gaines, the influential publisher who put Wonder Woman into print.

The film also received a new poster at New York Comic Con, following the individual character posters released in August. The comic-inspired poster, drawn by Terry Moore, combines the three leads, a small shot of Britton’s disapproving Josette Frank (in a reference to the Comics Code Approval box comics used to carry), and a reference to Marston’s lie detector. 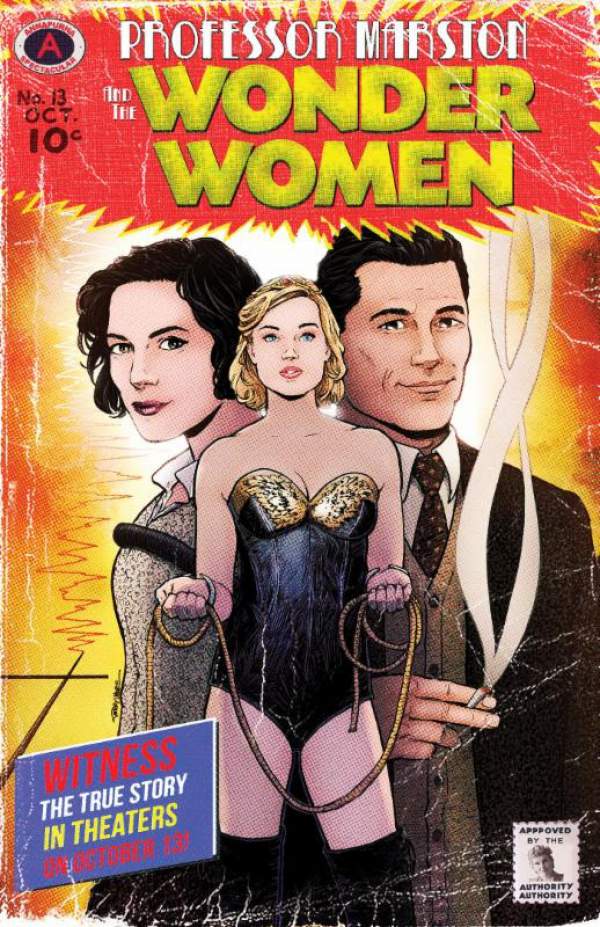 Professor Marston and the Wonder Women opens on October 13th.