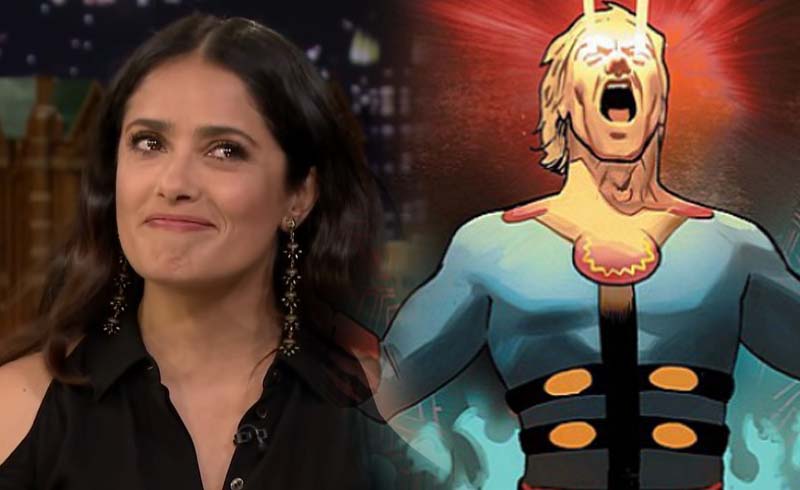 COVID-19 had effectively pushed back Marvel Studios’ entire Phase 4 slate, and instead of getting Eternals this November, the movie is now set to come out in February of 2021. While we don’t know when we’re going to get some official promos for the film, a Marvel Legends leak has given us a look at Salma Hayek’s character, Ajak.

Here’s the official description that came on the box:

The spiritual leader of the Eternals, Ajak can heal others and is able to communicate with Celestials.

It’s still unclear what the story of Eternals will be, but it’s said that we will have a sort of history lesson with the MCU, spanning thousands of years of the Eternals’ lives, way before the events of the Infinity Saga. There is also a heavy emphasis on the involvement of the titanic Celestials. We don’t really know what they do, but some are hoping we could get the introduction of Marvel’s most famous Celestial, the Devourer of Worlds: Galactus.

As for Hayek’s character, Ajak was actually a man in the comics, but his powers are accurate, being essential to the longevity of the Eternals as well as being able to commute with Celestials. With Ajak becoming a villain at some point in the comics, I have a feeling that Hayek is gearing up to be a double-crosser or maybe even the main antagonist of the sequel.

For now, fans are just waiting for Marvel to drop the goods. Hopefully we get a teaser before the year ends, after Black Widow is out of the way. Catch Eternals when it hits theaters Feb. 12, 2021.