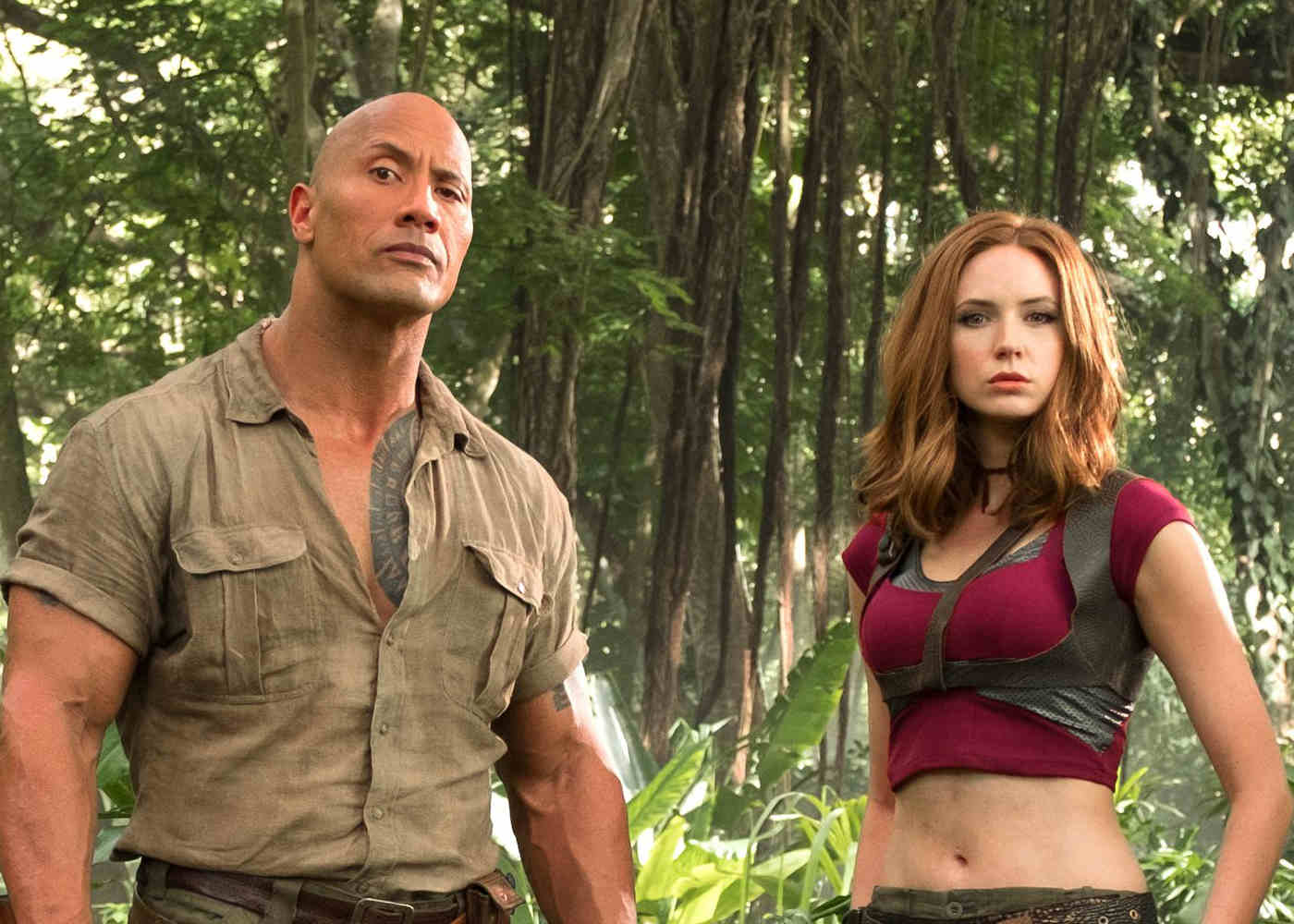 Jumanji: Welcome to the Jungle, the sequel-come-reboot for beloved 1990’s Robin Williams CGI board-game vehicle Jumanji, has a brand new trailer to expand on the concept set up by the first. Ditching the antiquated entertainment of the board and dice, this new iteration is based around a magical videogame, which sucks in a group of teenagers, turning them into characters who are the complete opposite to their real selves, and in some cases a complete gender transformation.

The tagline says that “for two decades it remained untouched”, and that might feel appropriate for a sequel that nobody really asked for, especially after a summer of reboot and franchise fatigue, but from the moment you get Dwayne ‘The Rock’ Johnson saying “don’t cry, don’t cry, don’t cry”, the trailer starts to win you over. Let’s be honest, when has Johnson delivered a bad performance? He was even decent in the summer’s low tide flick, Baywatch. His shtick with Kevin Hart, who given the right material can be hilarious, looks quite promising. The three lives concept is neat, there’s a rhino call-back, and anything starring Flight of the Conchords Rhys Darby is worth watching.

The official synopsis reads: In a brand new Jumanji adventure, the tables are turned as four teenagers are sucked into Jumanji’s world – pitted against rhinos, black mambas and an endless variety of jungle traps and puzzles. To survive, they’ll play as characters from the game: meek Spencer becomes a brave explorer (Dwayne Johnson); hulky jock Fridge becomes a tiny genius (Kevin Hart); It-girl Bethany becomes a bookworm professor (Jack Black); and unathletic Martha becomes an Amazonian warrior (Karen Gillan). To beat the game and return to the real world with their lives, they’ll have to start seeing things in an entirely different way.

Sony Pictures will release Jumanji: Welcome to the Jungle on December 20, 2017