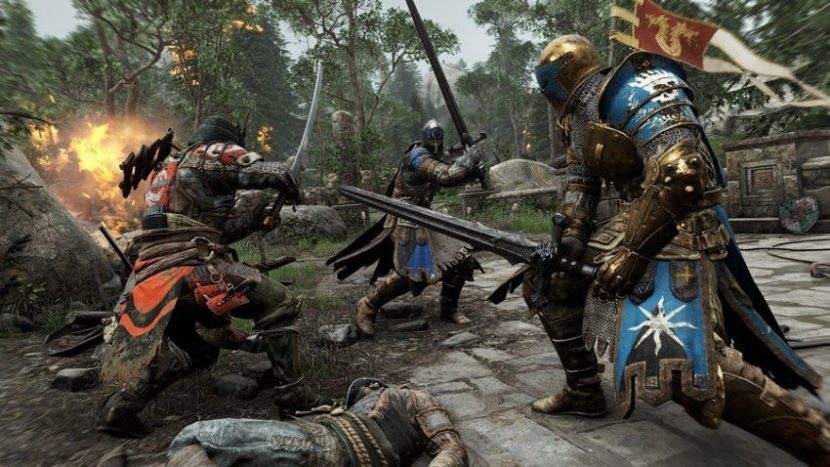 Thanks to the launch of the Nintendo Switch and The Legend of Zelda: Breath of the Wild, plus the release of the brilliant Horizon: Zero Dawn just days prior, it already feels like a lifetime ago that Ubisoft dropped the surprise hit of the year, so far, in the form of For Honor. Major server issues have soured the experience somewhat over the past week, but the brutal and unique online battles are still attracting a strong audience across all platforms, and it seems as though players don’t have long to wait before they have some new heroes to master.

Eagle-eyed fans on the game’s dedicated subreddit have uncovered screenshots seeming to show two fresh combatants presumably heading to the game sometime soon. First up there’s the Centurion (boasting a six pack this writer can only dream of), and then there’s the Ninja, wielding what appears to be a sickle. Both are part of a fourth row of heroes added to the selection screen, which at the moment only features the Knights, Vikings, and the Samurai.

There’s no historical link between a Roman centurion and a Japanese ninja, so it would seem as though Ubisoft is taking something of a “dream team” approach to the DLC heroes. The season pass being advertised at £32.99 is promising six new heroes, so that’s room for two per faction, but the additional row suggests this won’t be the case.

While you can buy the season pass right now, there’s no indication yet as to when exactly the new heroes will start rolling out. Also coming for your £32.99 investment are six extra maps and the addition of ranked play, plus vanity bonuses like costumes and For Honor’s take on loot crates.