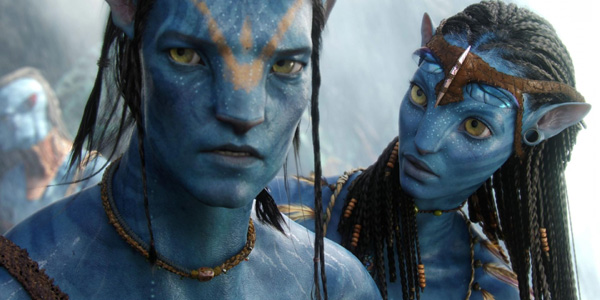 Earlier this year, James Cameron announced the release dates for four sequels to Avatar. According to Variety, the director recently gave a few details about the story for these sequels. Don’t get too excited; we have to wait until 2018 for Avatar 2. The third will release two years after that in 2020, the fourth in 2022 and the fifth in 2023. That’s a long wait.

Here’s what Cameron had to say about the sequels to the sci-fi spectacle. Taken from EW:

“Speaking to Variety, Cameron said the storyline for the second, third, fourth, and fifth Avatar sequels will focus on the first film’s core couple, Jake and Neytiri (Sam Worthington and Zoe Saldana), and their children. ‘It’s more of a family saga about the struggle with the humans,’ he said.”

The director is taking his time on this project. Remember that time, long ago, when Avatar captivated us with its use of 3D to depict some awesome scenes? Unlike many film series we’re seeing at the moment, Avatar is definitely taking its time. Even now, with Avatar 2 due out in December 2018, Cameron says that the date could shift “if we need to.”

However, in the Variety interview via EW, the director does have a good reason for shifting the sequels around:

“The important thing for me is not when the first one comes out but the cadence of the release pattern,” he told Variety. “I want them to be released as close together as possible. If it’s an annual appointment to show up at Christmas, I want to make sure that we’re able to fulfill on that promise.”

EW also point out that James Cameron has talked about the idea of family before back in 2013:

“We spread it around quite a bit more as we go forward,” Cameron said at the time. “It’s really the story of his family, the family that [Jake] creates on Pandora. His extended family. So think of it as a family saga like The Godfather.”

It looks like there’ll be a lot of family focus with the Avatar sequels, and this could work very well. Viewing the struggle between humans and the Pandora natives through different perspectives could make things very interesting.