Skip to content
Home » The Defenders are Unleashed in New Trailer 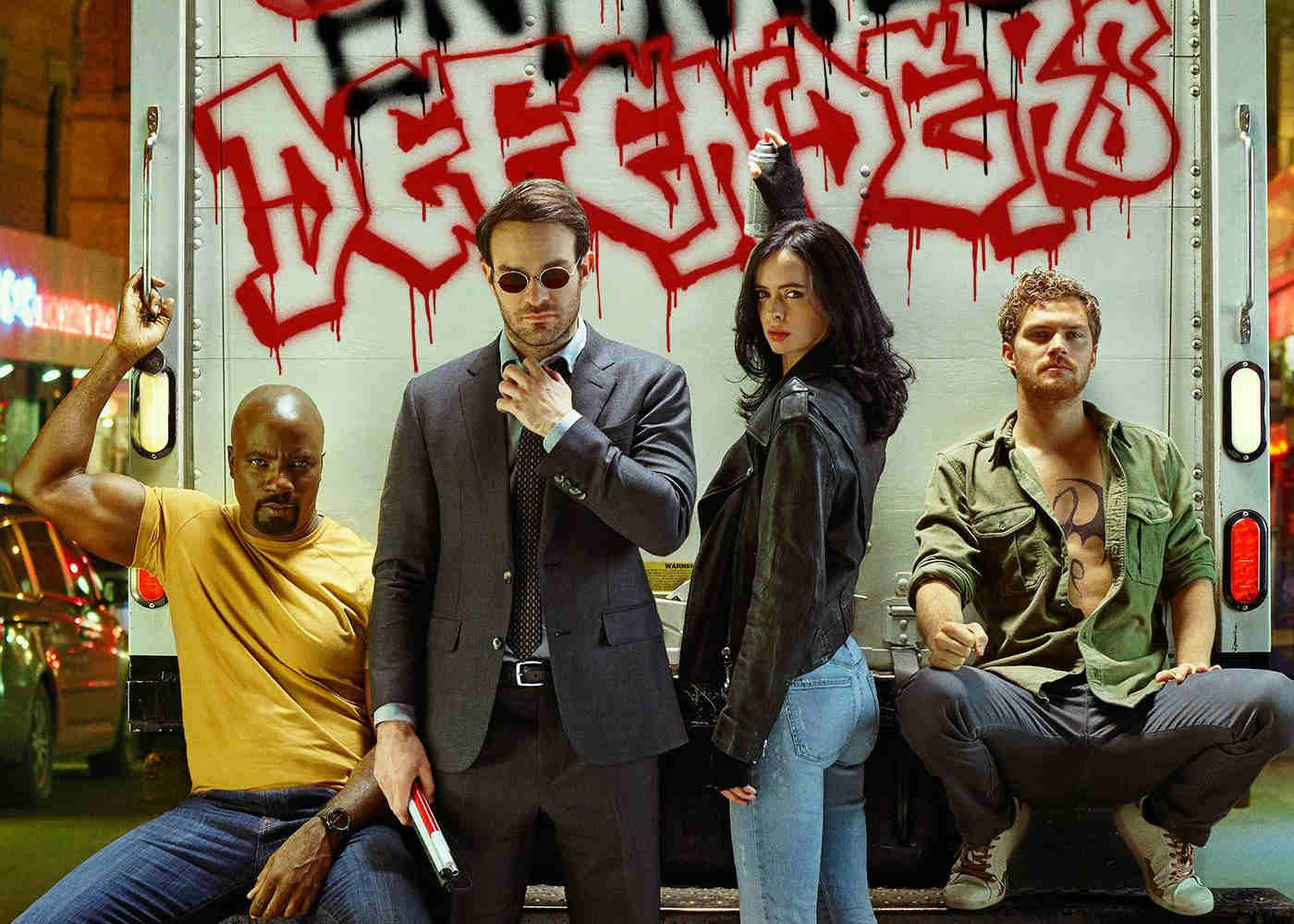 Fresh out of their SDCC panel, Netflix has released the second trailer for their upcoming Defenders series, which will finally unite Daredevil, Jessica Jones, Luke Cage, and Iron Fist into a street-level super team. The trailer was announced through the Defenders Twitter feed, with a level of snark suitable to hard-drinking private eye Jessica. Check the trailer below.

The first thing we get is more of main villain Alexandra, played by Sigourney Weaver, who appears to be acting as a mentor to a recently resurrected Elektra. Her goals? Sinister. She is clearly a high-ranking member of ninja cult The Hand, and has lethal plans for New York.

“It’s just a city,” she says to Elektra. “You’ll get used to seeing them fall.”

The Defenders are apparently gathered for the first time at an office building of Weaver’s, as all four arrive around the same time for one of Marvel Netflix’s classic hallway fights, a standard since Daredevil’s classic single-take battle against the Russian mob. Not that they’re anxious to become a team: when the heroes regroup over Chinese food, only Danny Rand seems eager to keep working together. But The Hand will apparently offer them few alternatives. (We can probably assume “Call the Avengers” is off the table for some reason.)

Briefly glimpsed in the trailer are other returning players from the previous series. We’d already seen Luke Cage’s Misty Knight interrogating Jessica Jones, Luke reuniting with stalwart Claire Temple, and Scott Glenn’s blind warrior Stick in the last trailer, but more join in here. Iron Fist’s Bakuto and Madame Gao are briefly glimpsed, rivals last we saw them but presumably united under Alexandra. And with the four heroes having gotten on Alexandra’s bad side, Hand soldiers target the heroes’ friends, including Claire, Iron Fist’s Colleen Wing, Jessica Jones’ Trish Walker, and Daredevil’s Foggy Nelson and Karen Page. Although there’s no telling exactly where Matt stands with them, since last we saw, Nelson and Murdock had split up.

The trailer seems to promise great action, plenty of humor (mostly from Jessica), and a full blending of all four shows. Which is everything we’d hoped to get.

The full season of The Defenders drops on August 18th.