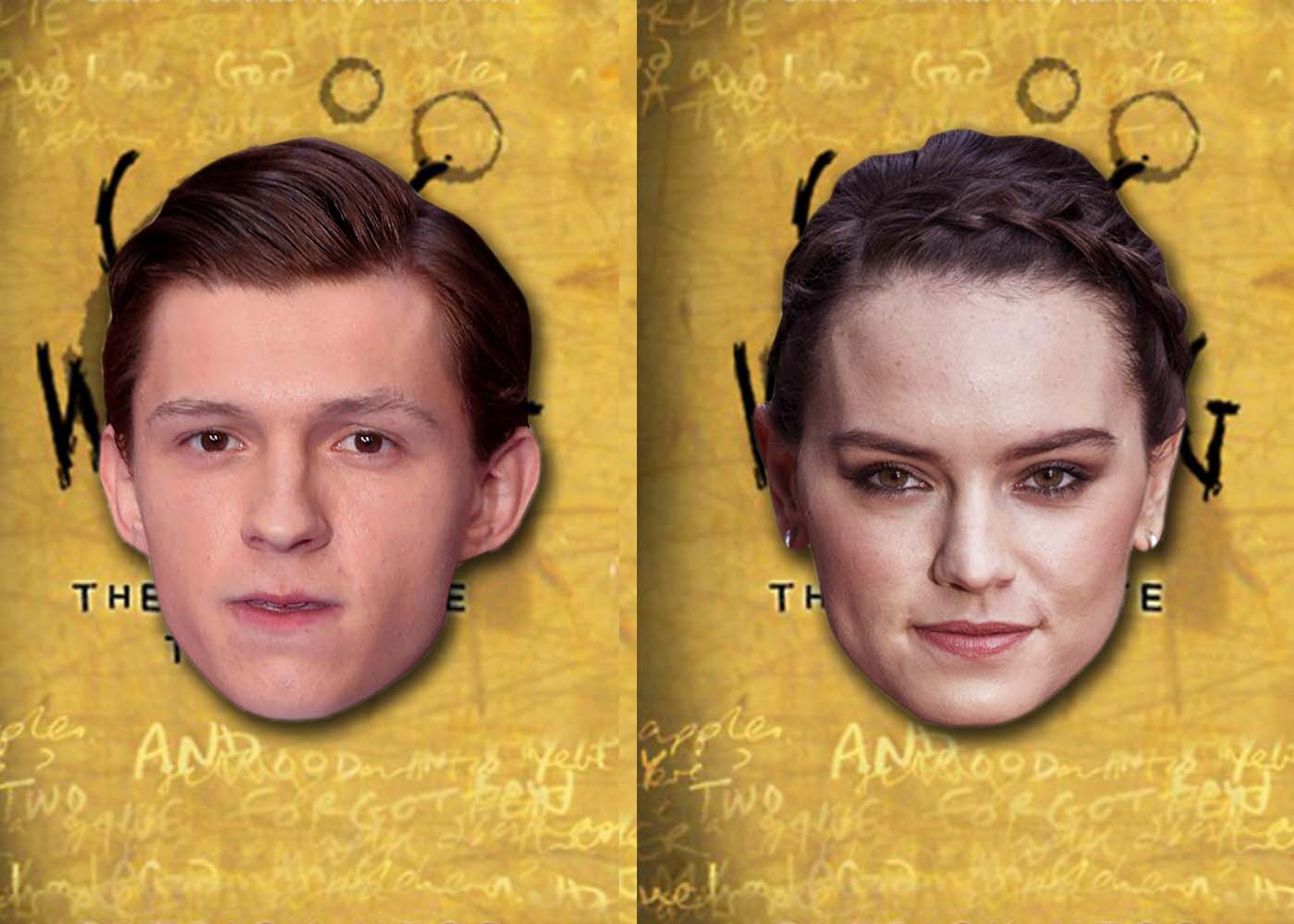 New set pictures from Chaos Walking reveal both Tom Holland and Daisy Ridley’s characters. Both are seen in wetsuits for a lake scene. This could be a scene where both characters have to run through the marshes and swim from their attackers in a bid to become free.

The film is based on Patrick Ness’s book trilogy Chaos Walking which debuted with ‘The Knife of Never Letting Go’. The story is based on Todd Hewitt (Tom Holland), the only boy left in Prentisstown. However,  there’s a ‘virus’ called The Noise and everyone can hear the thoughts of others. That is until Todd stumbles upon a spot of silence and the impossible; a girl.

This picture below shows what could be Daisy, huddled up as Viola on the lake, alongside Tom. Although we do not see her face, it is assumed it is the Star Wars actress as Tom Holland is filming in the same scene.

Tom Holland has shared some videos on Instagram of him training with a stunt dog to ensure that his character has that chemistry with his four legged friend. In the novel, Todd’s dog is his only companion (a bit like I Am Legend).

Where is Chaos Walking set?

The film is currently filming in Quebec, Canada with many of the locations being in natural settings such as farms and their own in-house set. This set picture below reveals a sunset overlooking a lake, which stays true to the natural settings in the book. There is also a look at a new filming location, Trois Rivieres which may be doubling as Prentisstown. It was recently revealed that Mads Mikkelsen would be playing the mayor of this town, Mayor Prentiss. With Nick Jonas as his son, Davy Prentiss Jr.

Abigail Remmer is a senior writer at GeekFeed. She has written for Demon Media, British Magazine 'Heat', and has worked as an editor for numerous publications.
View All Posts
Follow Me :