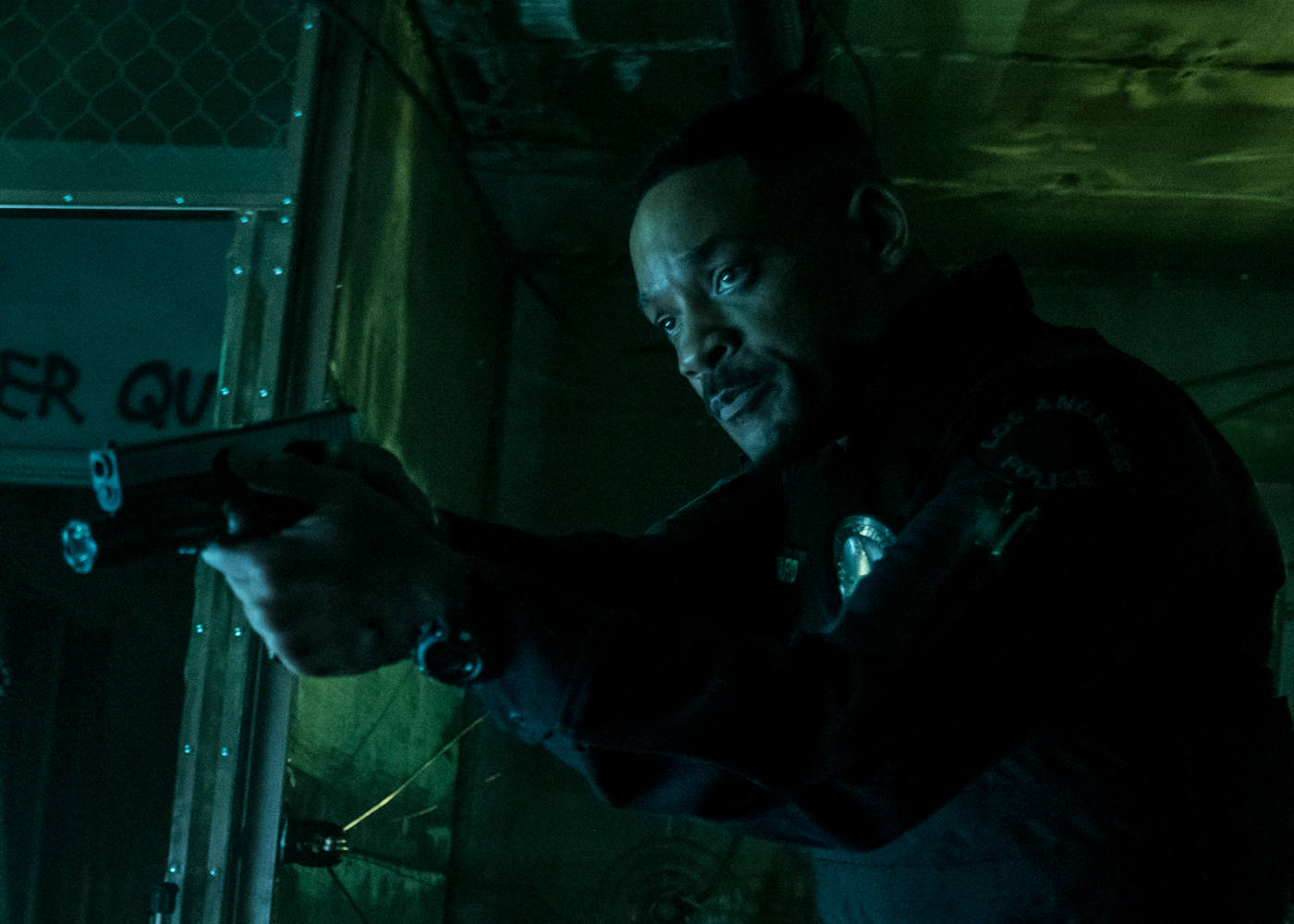 Netflix lit up Hall H today at the San Diego Comic-Con with their Bright trailer. “What’s up Hall H? This is Netflix’s house,” David Ayer said as he greeted the crowd, adding of the trailer, “Check this shit out.” The film follows two cops, Scott Ward (Will Smith) and Nick Jakoby (Joel Edgerton), who stumble upon a magic wand and must try to protect it. Set in a fantasy earth where humans, orcs, and other creatures abide, not everyone gets along. Edgerton plays an Orc cop who must deal with the racism from his own African-American partner as well as the rest of the world. Watching the two work together to outrun other law enforcement, criminals, and otherworldly creatures should prove entertaining. You can watch the trailer below.

The Hollywood Reporter was on scene in Hall H to catch the action. Will Smith and David Ayer talked about the political undertones of the film. Of course the talk turned to working with Netflix as opposed to a regular studio. Ayer points out that it’s easier to work with Netflix and put out a good R film. When asked about Christopher Nolan’s recent comments about Netflix, Smith jokingly responded “Mr. Nolan is a wonderful director and I am not going to say anything that is going to keep me from being in his next movie.” Edgerton said he wasn’t popular while filming; everyone was too busy looking at Will.

Set in an alternate present-day where humans, orcs, elves, and fairies have been co-existing since the beginning of time. Bright is genre-bending action movie that follows two cops from very different backgrounds. Ward (Will Smith) and Jakoby (Joel Edgerton), embark on a routine patrol night and encounter a darkness that will ultimately alter the future and their world as they know it.